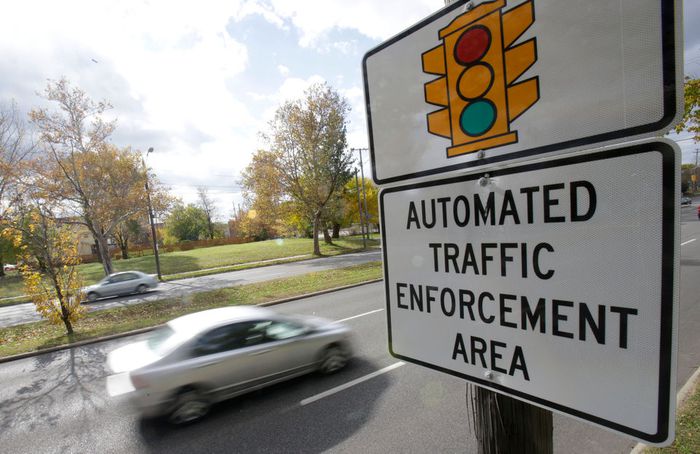 In the wake of bribery charges against another Illinois official related to red light cameras, a Republican state lawmaker wants laws on the books to curb corruption.

The former mayor of Oakbrook Terrace, Anthony Ragucci, is facing wire and tax fraud charges for allegedly accepting payments based on revenue a company called SafeSpeed received from the cameras. Prosecutors accused Ragucci of accepting thousands of dollars after the state let his suburb put red light cameras at a busy corner in 2017.

The Illinois Department of Transportation (IDOT) had previously ruled the intersection too safe for cameras but reversed course to allow for the installation. The reversal came after the Senate Transportation Committee headed by Martin Sandoval intervened on SafeSpeed’s behalf.

Before he passed away, Sandoval admitted to accepting bribes from a Safespeed employee who was cooperating with federal prosecutors, as did the former mayor of Crestwood.

State Rep. Deanne Mazzochi, R-Elmhurst, said it is time to put an end to the shady dealings involved with these cameras.

“How many indictments is it going to take for either the Pritzker administration to act at IDOT or the legislature to act in the General Assembly to finally say enough is enough,” Mazzochi said.

Mazzochi filed legislation to revoke IDOT’s approval of automated traffic law enforcement systems if they’ve been associated with civil or criminal corruption charges involving a state legislator, member of the executive branch with oversight authority on the matter, or a member of local government who held power over its installation. It also would give members of the public targeted by red light cameras in areas where corruption occurred the right to challenge the ticket in court. The bill never made it out of committee.

Mazzochi said proponents of the cameras claim they improve safety, but a police official she spoke with said that may not be the case, especially the Oakbrook Terrace camera at the center of the latest charges.

“He informed me that he believes that the red light camera at that corner has actually made the intersection less safe and has contributed to more accidents at the site,” she said.

Neither SafeSpeed nor any of its current owners has been charged with any wrongdoing.

“SafeSpeed remains both shocked and saddened that one of its former colleagues was engaged in criminal conduct and recruited outside individuals to help further his self-serving activities,” the company said in a statement. “Their actions were clearly in their own self-interest and done without SafeSpeed’s knowledge and undercut the important work SafeSpeed does. The criminal activity of a few individuals does not and should not reflect the values and integrity of SafeSpeed, its employees, and its clients. SafeSpeed built its business on integrity and ethics, and it holds its employees and representatives to the highest standards of conduct and ethics. SafeSpeed has long since terminated all contact with its former colleague and his associates.”

The company said it is focused on traffic safety.

“SafeSpeed remains committed to continuing to assist Illinois municipalities in improving traffic safety,” the company said. “SafeSpeed fully supports the federal government’s investigation into public corruption and will continue to aid their efforts in any way it can.”