Please ensure Javascript is enabled for purposes of website accessibility Leaving Hong Kong after China's clampdown: where are people thinking of going and why? – The Conversation Weekly podcast - THE CHICAGO HERALD Press "Enter" to skip to content

Home » Leaving Hong Kong after China’s clampdown: where are people thinking of going and why? – The Conversation Weekly podcast 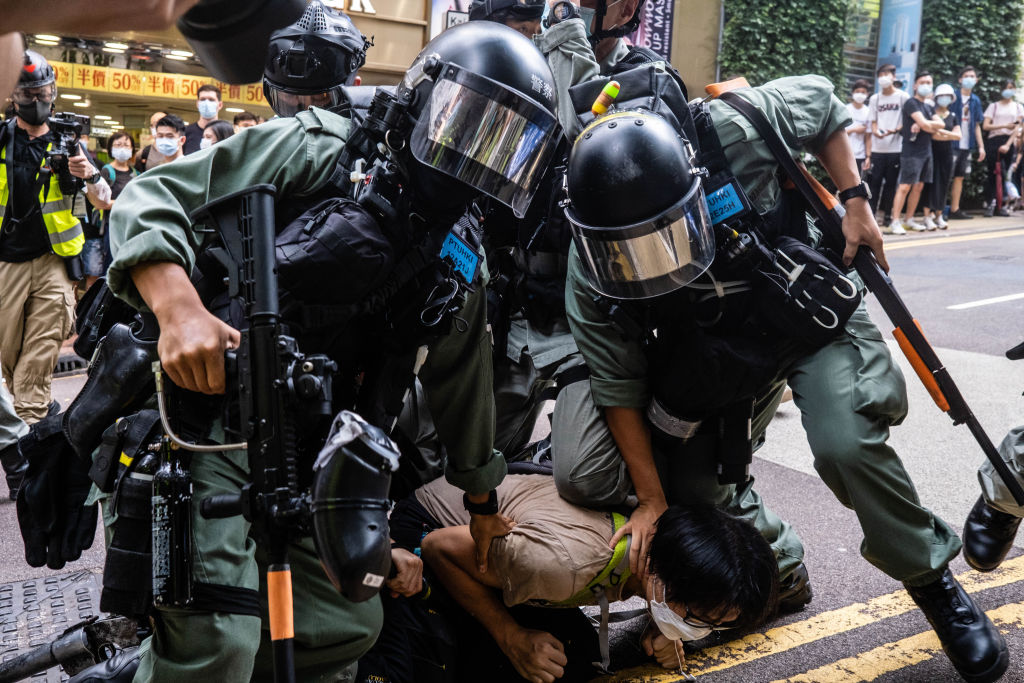 Leaving Hong Kong after China’s clampdown: where are people thinking of going and why? – The Conversation Weekly podcast

In this week’s episode of The Conversation Weekly podcast, three experts explain why more people are thinking of leaving Hong Kong after China’s clampdown on dissent – and the choices they face about where to go. And we hear about new research that found a new way to speed up the search for one of the universe’s most elusive enigmas: dark matter.

Since China imposed a new National Security Law on Hong Kong in mid-2020, the situation for political protesters has become much more dangerous. Many of those involved in recent pro-democracy protests are being rounded up and arrested.

Many Hong Kongers are now thinking about leaving – and in this episode we hear from experts researching what is influencing these decisions. Sui-Ting Kong, assistant professor in sociology at Durham University, who has been interviewing Hong Kongers about the way political participation affects their everyday lives, sets out three different ways people have described the decision to migrate. For one group – those who say they are “fleeing from disaster” – she says: “They find it really difficult to reconcile the idea of moving away from Hong Kong while they have invested so much energy, sacrificed so much in the movement, to make Hong Kong a better place for themselves.”

At the end of January, the UK government opened up a new visa route for those who qualify for British National Overseas (BNO) status. We hear from Peter Walsh, a researcher at the Migration Observatory at the University of Oxford, who explains the history of BNO status, how the new visa route will work and why the UK government has no clear idea about how many people will apply.

But it’s Taiwan, not the UK, which is the most attractive migration destination for Hong Kongers. Tsungyi Michelle Huang, professor of geography at National Taiwan University, tells us about her research on how Hong Kongers’ attitudes towards Taiwan have shifted in recent years. But she says that there is some suspicion emerging in Taiwan about a recent increase in migration from Hong Kong. “Taiwanese are worried whether many of the Hong Kongers who have immigrated to Taiwan are actually mainlanders,” she tells us, “because of this distrust of the Chinese.”

In our second story, we’re joined by Benjamin Brubaker, a physicist at the University of Colorado, Boulder, who is on the hunt for dark matter. Dark matter is invisible, but it accounts for 85% of the matter in the universe. You can’t detect it and it’s matter, so, “dark matter”. Based on a bunch of clues – from how galaxies move to how light bends in space – we know dark matter has to exist, but no one has ever figured out what it actually is.

Physicists around the world are running special detectors to try and find evidence of a dark matter particle. But this is an incredibly slow process. Brubaker has worked on the Haystac detector that looks for one of the potential dark matter particles called an axion. He just published a paper explaining how he and his colleagues used technology from the quantum computing world to speed up the search for dark matter.

And to end this week’s episode, Luthfi Dzulfikar, associate editor at The Conversation in Jakarta, recommends a couple of stories by academics in Indonesia.

The Conversation Weekly is produced by Mend Mariwany and Gemma Ware, with sound design by Eloise Stevens. Our theme music is by Neeta Sarl.

This article was originally posted on Leaving Hong Kong after China’s clampdown: where are people thinking of going and why? – The Conversation Weekly podcast