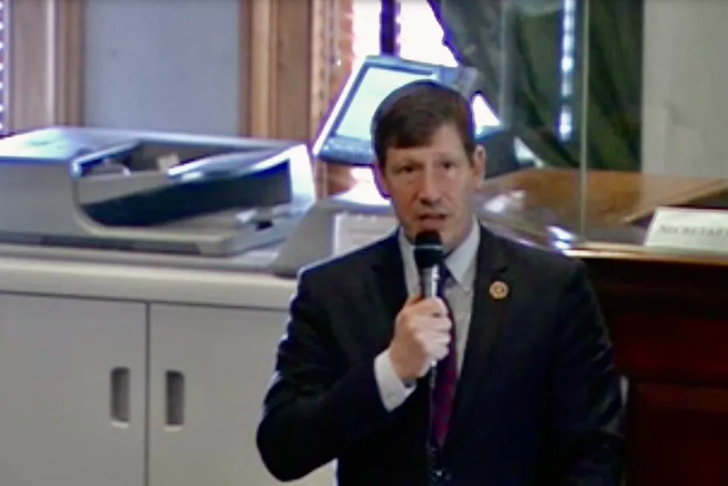 A Tennessee senator on Monday withdrew legislation that would have forced Memphis school leaders to transfer four campuses to suburban school systems in Germantown and Millington.

Sen. Brian Kelsey, a Republican from Germantown, said a state order is unnecessary because leaders in Memphis and Germantown recently began discussions about the future of Germantown elementary, middle and high schools, which are located in Germantown but operated by Memphis-based Shelby County Schools.

His legislation, which originally was proposed by Rep. Mark White of Memphis, would prevent a district from operating schools within the jurisdiction of another district. The bill also would have affected Lucy Elementary School in Millington, another bedroom community of Memphis.

The retreat by Kelsey and White keeps state officials out of the controversial local matter with the understanding that local officials will revisit the arrangement created in 2014 when public education in Shelby County splintered into a system of haves and have-nots by race and class.

Shelby County Schools was created by the 2013 merger of Memphis City Schools, which served mostly Black students from lower-income families, and the suburban county district that served mostly white and more affluent students. When six suburban towns seceded and created their own school systems a year later, the newly consolidated Shelby County Schools continued to run the four suburban schools under a legal settlement.

Germantown Mayor Mike Palazzolo asked White to file legislation this year to force negotiations over the schools known as “the three Gs.” He said Germantown needs those campuses to better serve its growing population — and that one building also could provide adult learning through a partnership with either the University of Memphis or the University of Tennessee.

“I’m happy to report that serious negotiations have already started,” Kelsey said Monday night on the Senate floor, referring to recent informal talks between Palazzolo and Kevin Woods, a school board member for Shelby County Schools.

Woods said follow-up meetings are scheduled and that Shelby County Schools “will move forward in good faith to discuss ownership and operations of the buildings.”

Issues to be discussed include a fair price for the school buildings, as well as how to mitigate the impact of a property transfer on students, families, and school employees. Currently, the three Germantown schools serve about 3,400 students, most of whom live in unincorporated areas of Shelby County.

Memphis school leaders say transferring the properties would force their district to build new schools for displaced students at a cost of $100 million to $140 million — far exceeding the $25 million that Germantown has offered for the three campuses.

Both Kelsey and White have said they plan to resurrect the bill in 2022 if the discussions don’t yield an agreement.