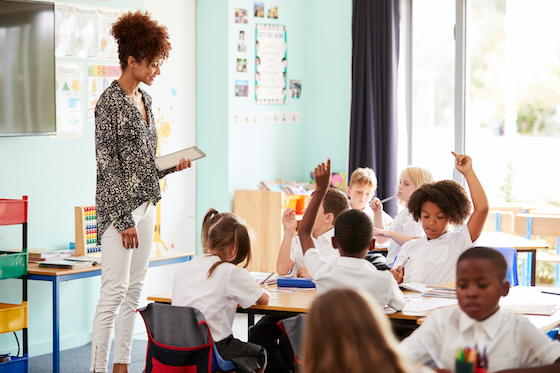 The Louisiana Board of Elementary and Secondary Education has approved school funding for the 2022-23 school year that includes raises for teachers and support staff proposed in Gov. John Bel Edwards’ executive budget.

The board voted Wednesday to maintain the current Minimum Foundation Program (MFP) formula base amount of $4,015 per pupil, and to increase pay by $1,500 for teachers and $750 for support staff.

The BESE’s new formula also expands the allowable use of the Career Development Fund to include tuition for career and technical education, and increases Supplemental Course Allocation per pupil from $59 to $70.

“The new funding formula continues pushing Louisiana educator salaries upward while preserving financial support for public school systems,” BESE President Jim Garvey said. “The MFP adopted by BESE today is a solid first step in the annual K-12 funding process, and we look forward to working with our partners in the Legislature in the weeks ahead to ensure our schools and districts have the financial resources necessary to succeed.”

The MFP sets the cost of public education in Louisiana. The pay raises are expected to cost about $148.4 million, while mentor stipends are projected to total $1.85 million, and the Supplemental Course Allocation to cost a total of $21.358 million.

The Louisiana Constitution requires the BESE to develop the formula for distributing public school funding and to submit the proposal to the Legislature each year. Lawmakers should receive the BESE formula approved Wednesday on March 15, the second day of the regular legislative session, which runs until June 6.

State law allows the Legislature to approve or reject the formula, but does not allow lawmakers to make changes. The MFP is developed through the BESE’s MFP Task Force, which is comprised of a diverse group of education stakeholders, according to a BESE statement.

“The resolution approved by BESE also includes a request that in the event additional funds are realized, the Legislature will return the MFP formula to BESE so that it may be revised to increase the pay raise to a minimum of $2,000 for certified staff and $1,000 for non-certified support staff,” the statement read.

The approved teacher pay raise of $1,500 is one-third higher than what teachers received in 2019 and nearly double the raise received last year. If approved by the Legislature, teachers will have received a total of $3,300 in raises – $1,650 for support staff – since 2019, at a cost of more than $329 million.

“Louisiana’s educators have always deserved more pay – but the coronavirus pandemic has further highlighted the need for high quality, well-teachers at every level of education in Louisiana,” Gov. Edwards said when he proposed his executive budget in January.

The raise approved Wednesday would bring the average annual salary for Louisiana educators to $51,566, compared with an average of $55,205 for southern states and a $64,133 national average, according to a recent Department of Education presentation in the Senate Finance Committee.