Please ensure Javascript is enabled for purposes of website accessibility Many Texas students can skip STAAR tests this year, but high schoolers might have to show up to graduate - THE CHICAGO HERALD Press "Enter" to skip to content

Home » Many Texas students can skip STAAR tests this year, but high schoolers might have to show up to graduate 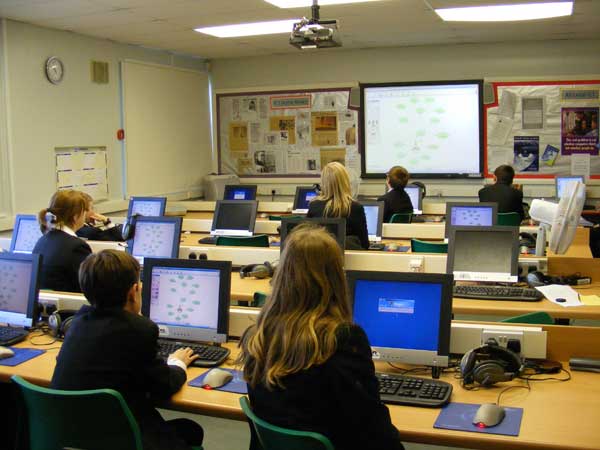 Many Texas students can skip STAAR tests this year, but high schoolers might have to show up to graduate

Parents of Texas elementary and middle schoolers in virtual learning who don’t want their children sitting for in-person standardized tests this school year have a simple option: They can keep their kids home with no ill effect.

But for some high schoolers, whose test results still determine whether they graduate, there may be no way to get around showing up for testing sessions in person.

State education officials confirmed recently that all public school students will be required to take the State of Texas Assessments of Academic Readiness, or STAAR exams, in person at a monitored test site. But millions of Texas students are learning from home during the pandemic, and school districts have few tools in hand to force those worried about risking their health to show up for the tests.

In a conversation at a Texas Tribune event Thursday afternoon, Texas Education Commissioner Mike Morath said it’s logistically impossible to allow children to take the exams remotely, but parents of remoter learners who don’t believe in-person testing is safe can keep their children home. “It’s not opting out of the STAAR test. It’s opting for remote education,” Morath said.

Federal and state law mandate that students in grades three through 12 take the STAAR exams, and in some cases how they do determines if they graduate or move up to the next grade. Texas has said fifth and eighth grade students who don’t pass required STAAR exams this year may move up to the next grades. But high school students must pass five subject-specific courses by the time they graduate, a requirement that will not be waived this year.

State education leaders and school superintendents anticipate that more students than in past years will opt out of taking the tests this spring, unwilling to show up in person. That will be easier for students in lower grades than those in high school, who will be giving up an opportunity to take a required test.

Morath stressed that the exams are important to judge how the pandemic impacted students’ education and help remediate shortfalls once things are back to normal.

Public opinion among educators and parents is largely against him. The Texas chapter of the American Federation of Teachers criticized Morath for moving forward with the test during the pandemic. “Our message to all parents is that they should be in control of this decision and not under any intimidation from their school district for not sending their child to take the STAAR test,” Zeph Capo, the union’s president, said in a statement.

Many superintendents and teachers want the state to cancel the tests altogether, and a group of lawmakers earlier this week asked Gov. Greg Abbott to create a formal process to help parents opt out. “Requiring that all students be in person for the administration of exams creates an untenable environment that puts students and school personnel at immense risk of transmission,” state Rep. Diego Bernal, D-San Antonio, wrote in the letter signed by more than 60 other lawmakers. “Since it is evident that the [Texas Education Agency] has no plans to seek the federal waivers necessary to cancel the 2020-2021 administration of the STAAR … at a minimum it should allow students and their families the opportunity to opt out of the exam.”

In past years, a small number of Texas parents have kept their children from taking the STAAR each year, not wanting to subject them to the stress or because they opposed on moral grounds. State law makes opting out challenging, but parents could keep their children home from school on test and make-up days. This year, opting out takes much less effort for children already learning from home, and more parents appear to be considering joining the movement, bolstered by widespread opposition to the exams being administered in person during a pandemic.

Ana Hernandez, a parent of three students learning from home in Leander Independent School District, was shocked when she heard that the STAAR would be administered in person. Her oldest daughter Nora has autism and a weak immune system, and she does not want to send any of her children to take the exam.

Experts say school districts in areas with low levels of transmission that take reasonable precautions should be able to educate students safely. But community spread is still high in some regions of the state.

Hernandez hears her children talk about peers and teachers who have contracted COVID-19 and refuses to take any risks. “It’s impossible for them to make it safe enough. Maybe in one year when we can get back to normal,” she said in Spanish.

Doing a little research online, Hernandez found a Facebook group full of parents and teachers who feel the same way, called “Stop the STAAR Super Spreader Event.” Created in late January, it now has more than 1,000 members. “I was much calmer when I saw that there are many parents saying they’re not going to send their children,” she said.

Bernal has also filed a bill that would allow all high school seniors through 2022-23 to graduate, if a committee of their teachers agrees, without considering standardized test scores. That and a state-sanctioned opt-out process would help protect low-income students of color, who are more likely to be learning from home, he said.

“This is about STAAR testing and forcing students to come in for STAAR testing. At that point, I think we just point to health and safety and say that has to be the absolute priority,” he said.

Recent state guidance gives school districts additional flexibility on testing conditions so they can safely administer the STAAR, including more testing days and waivers to require students not scheduled to take the STAAR to temporarily learn remotely.

Some school administrators agree with Morath that testing is worth the trouble.

“The message really is, ‘For us to provide the best education for your child, we need to know exactly where your child is,’” said Jerry Moore, chief academic officer at Fort Worth ISD. “Our job is to make sure that regardless of what’s happened during this pandemic that we get your child ready for what’s coming next, to be successful in this next grade, course or school year.”

Figuring out how to socially distance students on test days, especially with more teachers quarantined due to COVID-19 and a smaller pool of available substitute teachers, will be a logistical challenge. Moore said Fort Worth ISD has not yet figured out its plan, with just over half its students currently learning remotely.

Jodi Duron, superintendent of Elgin ISD, is frustrated by the requirement to bring students back for testing. Currently, half the district’s students are learning from home. Bringing many of them back for testing will require purchasing more equipment including desk shields and restructuring classrooms to attempt to socially distance students. She worries about mixing groups of remote students and in-person students, given the difficulty of contact tracing after an outbreak.

“I think the TEA has tried to create some flexibility with the STAAR test. … The challenge is: You still need a large number of staff members to help facilitate that test,” she said. “What that does is it takes other teachers out of instruction with kids in order for us to facilitate numerous and multiple days of testing.”

Laura Stead was never a fan of the STAAR, but her two children, in third and sixth grades in Richardson ISD, are high achievers. But when she heard the exams would be given in person this year, while her children are learning virtually, she began to consider opting out.

“It’s really not even about the test. It’s about the requirement for it to be indoors in a setting with a multitude of students, and he hasn’t gone to a grocery store,” she said. “It’s hard for me to understand why I should have him take the STAAR. The only hesitation I have otherwise is concern about the number of absences he will receive if I just refuse to send him in.”

Under state regulations, Stead’s children will be able to move up to the next grade if they do not take the test.

But that’s not necessarily the case for high school seniors who need to take or retake a required exam in order to graduate. High school students in other grades who miss this test are also at a disadvantage: They will have to take an exam next academic year in a subject they are learning now.

Hernandez, in Leander ISD, has a ninth grader, Mariana, who was expecting to take biology and English exams at the end of the academic year. Mariana got worried that she would get in trouble for staying home for a required test, so her mother went looking for other parents who were planning to do the same.

Hernandez feels confident that her decision is the best one for her children: “How are they going to do well on the exam if they’re worried about the pandemic?”

This article was originally published on Many Texas students can skip STAAR tests this year, but high schoolers might have to show up to graduate