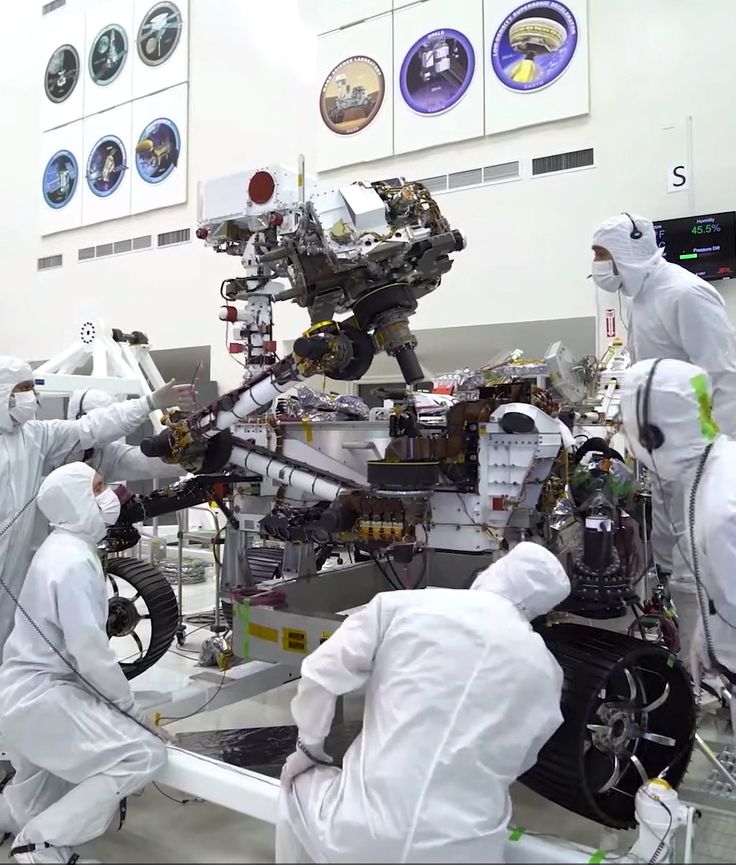 On July 30th, NASA launched its “Perseverance” rover on an Atlas V-541 rocket from Launch Complex 41 at Cape Canaveral Air Force Station, Florida to search for signs of life and pave the way for future exploration on Mars. According to NASA, this is one of the largest rockets for interplanetary flight and it was used to send the Insight lander and Curiosity rover to Mars. Navigation data indicates the rocket is perfectly on course to Mars.

Perseverance is designed after the earlier model that took off in 2012, Curiosity. It has upgrades like faster and longer travel capabilities, improved autonomous driving, more resilient wheels, and more cameras.

Goals of the mission

Additionally, the rover is equipped with a drill to collect samples of Martian rock and soil and store them in sealed tubes to be picked up in a future mission that is currently being considered by NASA with the European Space Agency. Perseverance is also equipped with the Mars helicopter, Ingenuity, to test flight on Mars. It also has an experiment programmed to generate oxygen out of the Martian atmosphere for future rocket fuel factories on the planet.

NASA scientists are hoping to use Perseverance to better understand:

“Perseverance is going to make discoveries that causes us to rethink our questions about what Mars was like and how we understand it today. As our instruments investigate rocks along an ancient lake bottom and select samples to return to Earth, we may very well be reaching back in time to get the information scientists need to say that life has existed elsewhere in the universe.”

Although past missions have discovered that Mars may have supported life before, the mission of Perseverance is to find evidence of life that existed trapped in rocks that preserve life.

Some early challenges Perseverance may face regard its landing on the red planet. Since the rover is relatively heavy and Mars has a thinner atmosphere, dropping the rover with only a parachute may result in damage. Therefore, like the Curiosity rover, Perseverance will have to land by a rocket-powered machine to slow the drop. Scientists call this gadget a “sky crane”.

On top of the landing, Perseverance will also have to facilitate its own landing because radio signals sent to the rover from Earth will take at least 7 minutes. This means that it will not be possible to pilot the rover’s landing from Earth. This also means that the rover will have to be able to slow its descent to the planet from a speed of 12,000 mph to 0 mph and choose a sufficient landing space. Once this landing procedure starts, NASA will have no control over the craft until it lands and sends its first radio transmissions to Earth which is what makes this the first significant challenge Perseverance faces. If the landing fails, the whole mission may be foiled. Scientists call this procedure the “seven minutes of terror”.

The landing site of the mission

Perseverance will be landing on the Jezero Crater, an ancient river delta. The terrain on this site is more dangerous than that of Curiosity but it may also yield more valuable rewards. The Jezero Crater will have a lot more rocks, cliffs, and other surface details that will require better navigation capabilities from the rover. With that, there are also more ways the rover can get stuck which would also be bad for the mission. Despite this, Lori Glaze, the director of NASA’s planetary division, argues that this will be worth the risk because of all the places on Mars, it is most likely that signs of life may have been preserved on the terrain of the Jezero Crater.

One main factor for this is that the Jezero Crater is the site of a 3.4-billion-year-old dried up river. MIT geobiologist, Tanja Bosak, says that in a riverbed, “there are a lot of clay minerals, and as they settle, they can really just kind of smother anything organic, or they can absorb organic molecules.” This means that there may be microscopic fossils of microbial life or geological patterns that may indicate life.

Perseverance will use cameras and chemical sensors to find rocks that are likely to have evidence of life. Scientists will then choose rocks for the rover to drill into and collect samples in special, undisturbed tubes. Once back on Earth, scientists can study the samples more precisely in order to determine signs of life. The samples collected may also be older than anything preserved on Earth so any evidence of life can also potentially help us understand how life came to be on Earth.

This mission is something many people can look to for hope during such unprecedented times. Thus, the name of the rover, Perseverance, has become much more meaningful than when it was initially proposed for many people, especially the scientists working on the mission. Lori Glaze says, “The team has really had to overcome unbelievable obstacles.”

Perseverance is set to land next year around February 18th according to NASA.