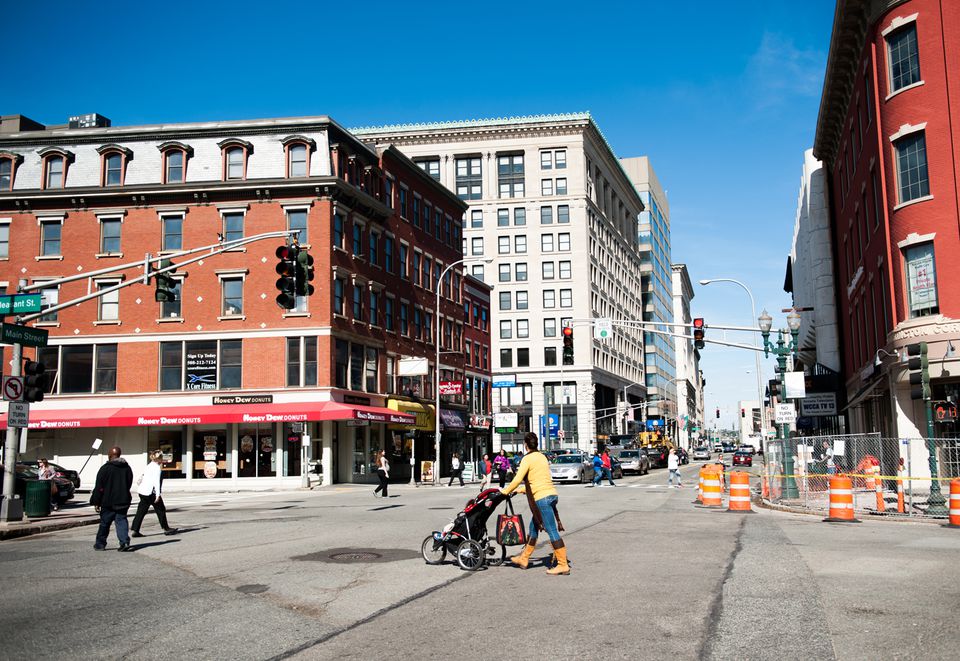 Much of a recent discussion on economic development, housing and labor within the broader context of Gov. Charlie Baker’s proposed budget for the upcoming fiscal year focused on Boston and other urban areas of Massachusetts.

But several state lawmakers sitting on the Joint Committee on Ways and Means cautioned against taking the spotlight off small and rural communities, many of which lost population in 2020 Census figures, at a hearing held March 1.

State Rep. Natalie Blais, D-Sunderland, asked state officials to funnel resources into districts such as hers, which are in need of job creation.

“We are going to find ourselves back here in 10 years, losing more people,” Blais said to Mike Kennealy at the hearing. Kennealy is the state Housing and Economic Development secretary. “I welcome the opportunity to work with you and your agency on this.”

Kennealy, one of several state officials who offered testimony on budget priorities in the upcoming fiscal year, said his agency will continue to offer resources and assistance to the state’s sparser populated areas.

“I’m confident that in totality, we have a lot of resources for rural and small towns,” Kennealy said.

Kennealy and other undersecretaries within his office touched on a range of fiscal issues in their presentations to the committee, including efforts to infuse new capital into some of the areas of the state’s economy that were battered by the pandemic.

Among the initiatives Kennealy is proposing is a $4 million spending package to provide continued assistance to small businesses throughout the state and a $2.5 million grant program to help revitalize downtowns.

“We’ve got a number of tools in the toolbox to help our downtowns,” Kennealy said. “Obviously, our tourism economy has been impacted by the pandemic, to say the least.”

Kennealy said his office also is proposing efforts in the year ahead to build off some of the state’s economic strengths. For example, a $10 million line item has been proposed for an investment fund that would benefit the Massachusetts Life Sciences Center

Jennifer Maddox, who serves as an undersecretary of Kennealy’s office, said the agency is proposing a continuation of state resources to assist renters facing the prospect of eviction.

Speaking to the state’s broader eviction diversion initiative, Maddox said, “Our goal is to make homelessness brief and nonrecurring.”

The committee at its March 1 meeting also took testimony from a number of other smaller offices and agencies, including the Cannabis Control Commission.

Steven Hoffman, who serves as the commission’s chairman, said the agency sought $20.2 million in FY 2023, though Baker’s budget presentation lowered the appropriation to $16.5 million.

Across Massachusetts, Hoffman said 18,700 people are employed across the state through some facet of the regulated cannabis industry.

“I think this industry is a long ways away, in terms of being mature for growth,” Hoffman said.