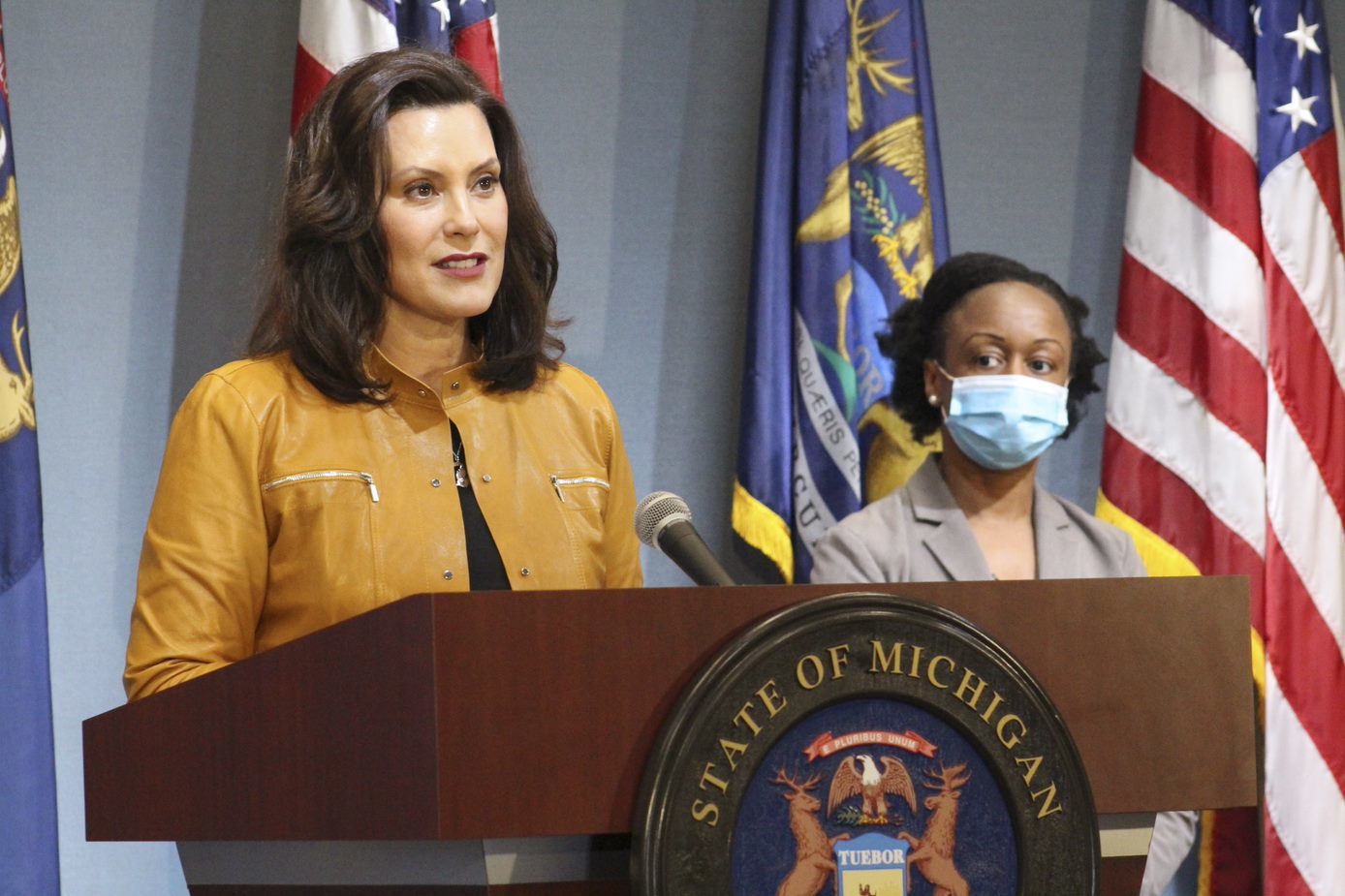 Gov. Gretchen Whitmer on Sunday told national media she has “a smaller set of tools” to use to tamp down Michigan’s COVID-19 outbreak. However, she hasn’t used several measures still available.

On NBC’s “Meet the Press,” Whitmer told anchor Chuck Todd that she has lost the ability to sustain executive action for economic shutdowns, blaming state GOP lawmakers and the Michigan Supreme Court for revoking her extended pandemic powers.

“I have been sued by my legislature. I have lost in a Republican-controlled Supreme Court,” Whitmer said. “I don’t have all of the exact same tools. Despite those things, we still have some of the strongest mitigation measures in the country.”

Both Centers for Disease Control and Prevention Director Rochelle Walensky and Anthony Fauci, director of the National Institute of Allergy and Infectious Diseases, have urged Michigan to initiate economic lockdowns amid what are currently the worst COVID-19 numbers in the nation.

However, Michigan’s top court ruling doesn’t prevent Whitmer’s health department from prohibiting the gathering of people “for any purpose” or establishing “procedures to be followed during the epidemic to insure continuation of essential public health services and enforcement of health laws.”

The push to avoid shutdowns follows as Michigan’s COVID-19 restrictions have been the most strict in the Midwest. A report from the Wall Street Journal found Michigan’s private gross domestic product dropped three times more than Midwest states as over 3,000 restaurants permanently closed in 2020.

Crain’s reported nearly a quarter of small businesses have shuttered their doors, cutting 36% of the sector’s jobs.

When speaking via news conferences, Whitmer has repeatedly said Michigan’s COVID-19 numbers that have increased for seven weeks straight “are not a policy problem” and instead blamed COVID-19 variants and Michiganders for allegedly breaking her rules.

Whitmer’s newfound hesitancy against economic shutdowns follows continued reports of the permanently closed businesses left in the wake of previous orders. A year ago, Whitmer threatened criminal charges for Michiganders who traveled to visit a secondary home or operated a motorboat.

A report published by the Mackinac Center for Public Policy found “particularly the large December job losses in Michigan, compared to the surrounding states lends evidence that Michigan’s second shutdown caused the state to experience the largest loss of jobs in the restaurant and bar industry in the region.”

In his study, Chris Douglas, the department chair of the UM-Flint Economics department, wrote: “Employment has declined by 36% from February 2020 to January 2021, the largest decline in percentage terms compared to the surrounding Great Lakes states. Only Illinois, by nature of its larger population, has seen more total job losses in the sector since the COVID-19-related lockdowns began, losing 145,000 jobs compared to Michigan losing 116,000 jobs. However, the percentage decline of bar and restaurant jobs in Michigan is nearly double that of Illinois during this time period.”

However, Whitmer did extend many COVID-19 rules through May 24, including a new mandate that requires “a good faith effort” for two-year-olds to wear masks while in gatherings at childcare facilities or camps.

This article was originally posted on Michigan Gov. Whitmer tells national press she has ‘smaller set of tools’ to stop COVID-19 outbreak