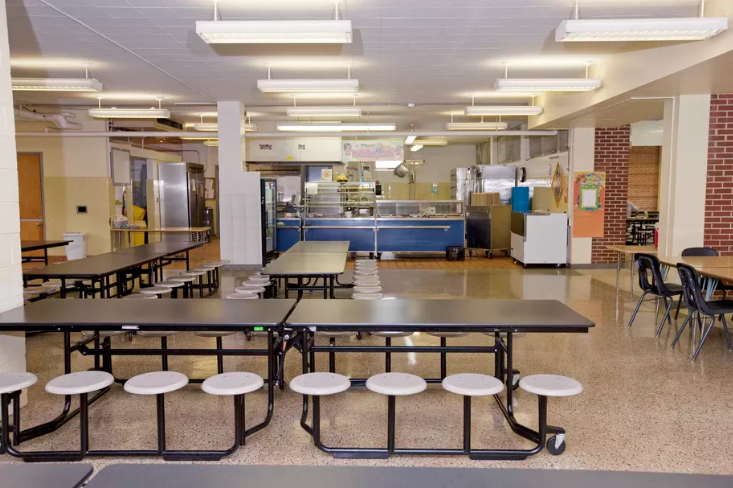 Michigan lost 61,940 K-12 students last fall, more than the state previously estimated. That figure underscores the toll the past year has taken on students and adds urgency to early efforts to provide students with extra academic and emotional support.

Michigan’s public school enrollment decline is among the best barometers of the pandemic’s impact on students. Behind the numbers are students who may have abruptly moved to a new school, or whose education simply came to a halt.

“Where are the kids that are MIA?” asked Paul Liabenow, director of the Michigan Elementary and Middle School Principals Association. “We need to seek them out. … We need to find a way to provide the support to families so the students can come to school.”

Students today get much more than an education at school. Disenrolling means students miss out on school lunches, counseling, social services, and a connection with teachers, who are key advocates for students’ well-being.

Over the last decade, Michigan has lost an average of 13,000 students per year. This year, though, the state lost nearly five times as many. The 4.1% decline in enrollment is the largest by far since at least the Great Recession more than a decade ago.

Many states are grappling with declining enrollments. Colorado, for example, expanded its AmeriCorps program to help districts find missing students.

The trend in Michigan — as in much of the country — is driven partly by kindergarten, where enrollment fell by 13,000, more than twice as much as any other grade. Many families decided to keep young children at home rather than attempt to navigate Zoom education with a 5-year-old.

But the declines were not limited to kindergarten. Enrollment in certain categories fell more steeply than overall enrollment, notably among white well-off students, as well as students who are African-American, or from low-income families.

Some wealthier families have sent their children to private schools that offered in-person learning during the pandemic.

In December, Chalkbeat revealed that Michigan fall enrollment fell by an estimated 53,000 students.

At the time, Gov. Gretchen Whitmer acknowledged that missing students are “a significant concern.” State superintendent Michael Rice acknowledged that some students — he eventually put the number at 13,000 — “likely weren’t being educated” during the pandemic.

So far, though, there has been no coordinated, statewide effort to find them.

Now a routine audit of fall enrollment figures found that districts overcounted by more than 8,000 students, a much larger disparity than usual: Last year’s audit overcounted by fewer than 1,000 students in a state that typically enrolls 1.5 million.

“Bold leadership is needed now,” said Jennifer Mrozowski, director of communications for The Education Trust-Midwest, a nonprofit education advocacy group. “State leaders should develop a plan that includes near- and far-term solution-oriented strategies to ensure that our students, who have suffered from interrupted learning over two school years, can have every opportunity to catch up and accelerate.”

“This data makes clear Michigan must rise to the opportunity and the challenge before us, act with great urgency and invest significantly and equitably in Michigan’s children, especially those who have historically been underserved.”

Michigan counts student enrollment twice a year, in October and February. Some superintendents say their enrollments are rebounding as they offer more in-person instruction. Enrollment figures for February aren’t yet available.

Chalkbeat is co-hosting a Zoom webinar about missing students on Thursday at 4 p.m. along with EdTrust Midwest and the Detroit Free Press. Register for the free event here.

Rice has called on the state legislature to require home-schooling families to register with the state. He said in December that 17,000 families told their schools that they planned to home-school during the pandemic. But the number could be higher — Michigan parents don’t have to tell anyone before starting a home-school.

With no quality controls in place, there is no way to know whether students who are being home-schooled this year will learn as much as they would have in a private or public school. Some district leaders say they have already begun to prepare to help students catch up after a year of home-schooling.

Individual teachers and districts have tried to find students, going to great lengths in some cases to call students, leave messages, and reach out to relatives. In Detroit, teachers, staff, and volunteers went door to door to ensure students came to school.

Individual teachers and districts have tried to find students, going to great lengths in some cases to call students, leave messages, and reach out to relatives. In Detroit, teachers, staff, and volunteers went door to door to ensure students came to school.

Oak Park, which enrolls a high proportion of students of color, lost 542 students, or 12%.

Three federal coronavirus relief packages have now passed Congress, all of them containing substantial support for schools that could be used to find students and help those who missed a large chunk of school.

In the most recent package, Michigan is set to receive $3.7 billion, of which a significant portion must be spent on efforts to help make up for the academic and emotional toll of the pandemic on students across the state.

This article was originally posted on Michigan lost 62,000 students this fall, thousands more than estimated