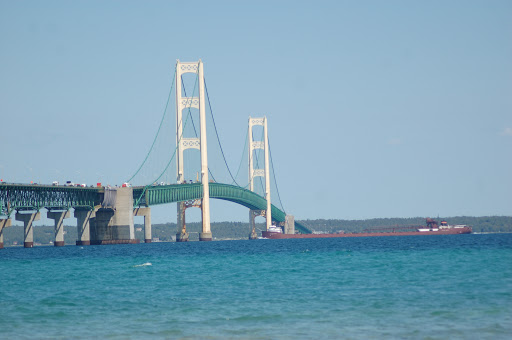 The Michigan Public Service Commission (MPSC) determined that its review of the proposed four-mile Line 5 tunnel under the Straits of Mackinac should not include an examination of the entire 641-mile pipeline.

The MPSC’s determination on Wednesday aligns with Administrative Law Judge Dennis Mack’s ruling issued in October, when he wrote “the replacement of the four-mile segment of Line 5 in the Straits is not cause for review of the entire pipeline system.”

The MPSC, however, will consider the environmental impact of greenhouse gas emissions resulting from the fuels transported through the pipeline.

The MPSC has siting authority for crude oil and petroleum pipeline projects under Public Act 16 of 1929.

“We welcome the Commission’s finding, ‘that the issue of public need for the pipeline has been a long-settled matter since the pipeline was first approved in 1953, and that such approvals under law and Commission precedent do not contain time limits on such determinations,’” according to a company statement issued Wednesday afternoon by Enbridge.

“Enbridge will continue to work with the Commission on its review of our application and towards a successful conclusion to this proceeding,” the statement added.

Gov. Gretchen Whitmer in November ordered the existing pipeline closed “no later than May 13,” while Enbridge – the company that owns and operates Line 5 – proceeds with its plans to replace the pipeline with a tunnel buried between 60 feet and 250 feet beneath the lake bed of the Straits.

The state and Enbridge entered into a mediation process on April 16, with retired U.S. District Judge Gerald Rosen presiding.

The MPSC, however, determined Enbridge’s Line 5 application “must include an examination of the allegations of greenhouse gas pollution” as regulated under the Michigan Environmental Protection Act. The MPSC agreed to allow evidence in the commission’s application process that addresses “greenhouse gas emissions ‘and any pollution, impairment, or destruction arising from the activity proposed in the application’” and “construction of the new 4-mile pipeline segment could not be separated from the products flowing through it.”

Hayes warned, should the governor and Michigan Attorney General Dana Nessel succeed in their efforts to close the current Line 5 and stymie construction of the tunnel, Michigan residents would suffer severe economic hardships.

“Michigan residents are hoping that Judge Rosen is able to inject a bit of sanity into the discussion, because the Governor and A.G.’s steadfast refusal to consider any opinions apart from their own is divisive and damaging,” Hayes said in an email to The Center Square.

“Nothing that the Governor has come up with – in the UP Energy Task Force recommendations or the MI Propane Security plan – is even remotely feasible. Electrification, increasing rail/trucking of propane, increased natural gas use, weatherization, price gouging laws, etc. All of these options will increase prices, reduce supplies (or access to energy options), and increase instability and the likelihood of outages.”

Hayes added elected officials from both parties, agency officials, unions, businesses and their representatives in chambers of commerce, and public groups – on both sides of the border – are publicly denouncing Gov. Whitmer’s shutdown mandate.

“We have even had Canadian officials testifying to Michigan Senate committees, asking Whitmer to rethink her plans,” Hayes said. “The Governor is clearly outside of the mainstream on this issue. It’s time to pause the rush to close the pipeline and let the mediation process proceed.”