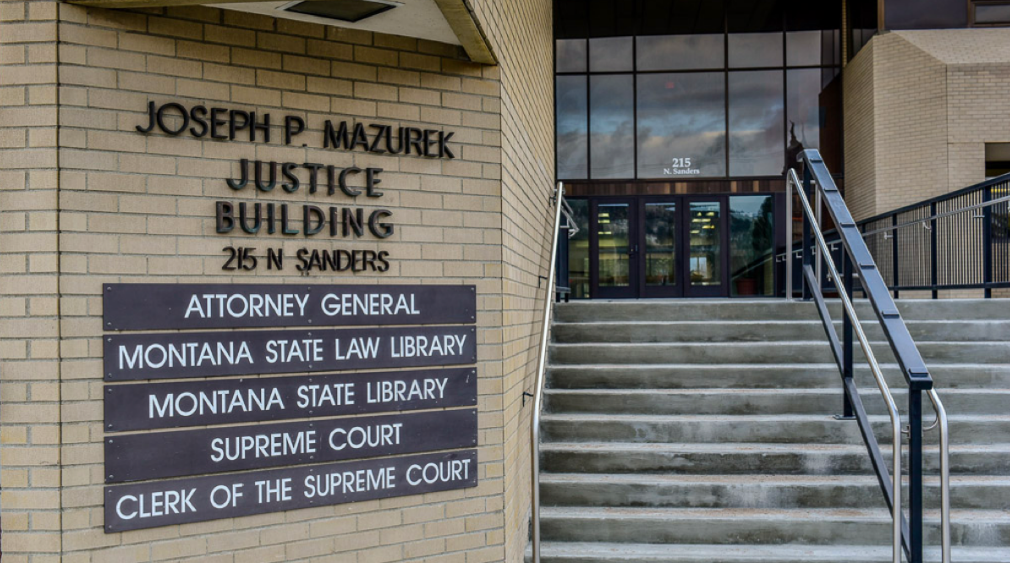 Montana Attorney General Austin Knudsen has signed the state on to a lawsuit against the Biden administration over its January directive to largely suspend deportations of noncitizens except in cases that pose a threat to national security.

The updated lawsuit, to which the state of Arizona was the original plaintiff, was filed Monday in the U.S. District Court for Arizona. It was first reported in an article published by Fox News and was later announced by the Montana Department of Justice in a press release issued Tuesday afternoon.

The complaint alleges that the U.S. Department of Homeland Security (DHS), in substantively revising its immigration protocol in January, violated agreements between the federal government and the states of Montana and Arizona that were signed in the final days of the Trump administration. In those agreements, copies of which were included in court filings, DHS said that the states are “directly and concretely affected” by changes to federal immigration policy, and agreed to notify and receive input about changes to enforcement before new policies are enacted. Montana’s agreement was signed by Gov. Gianforte, Attorney General Knudsen and DHS Acting Deputy Secretary Kenneth Cuccinelli on Jan. 11.

Later that month, the administration of President Biden issued a memo directing federal agencies to temporarily pause deportations in most cases, so as to direct the “limited resources” of DHS to conduct fair and efficient processing of immigration and asylum cases and comply with safety precautions related to COVID-19. The new policy does not apply to anyone found to have participated in suspected terrorism or espionage, or considered to pose a threat to national security.

In explaining their case for a preliminary injunction against the federal policy, the attorneys general for Montana and Arizona argued that each state would be impacted by the recent directive in a number of ways, including the potential overloading of detention facilities and the related release of individuals into local communities, as well as the overall use of public services by noncitizens.

“Montana is required to stretch its scarce resources even further when DHS fails to carry out its statutory duty to deport aliens as required by law,” the complaint states. “This includes resources expended by Montana’s law enforcement community to combat drug trafficking, drug-related crime, and drug use.”

Knudsen has long raised concerns about lax security along the U.S.-Mexico border contributing to the spread of illegal drugs in Montana. In the complaint, Knudsen argued that the state is also “forced to expend resources on education, healthcare, public assistance, and general government services” for the fewer than 5,000 undocumented immigrants estimated to live in Montana, citing 2016 figures published by the Pew Research Center. In the press release announcing the lawsuit, Knudsen further explained his motivation for involving Montana in the case.

“Meth trafficked into Montana by Mexican drug cartels has wracked our state. The problem will only be made worse if the Biden administration continues to allow criminals to stay in the country,” Knudsen’s statement said. “Enforcing our immigration laws and helping to keep Americans safe is one of the federal government’s most important functions. The Biden administration is failing its basic responsibility to Americans.”

The potential impact of Biden’s change in deportation policy on Montana, as opposed to states that border Mexico or have large federal detention centers, will be debated in court proceedings.

“We do not have any long-term holding facilities for immigrant detainees,” said Shahid Haque, president of the Border Crossing Law Firm in Helena and a former immigration law professor at the University of Montana. “When ICE arrests someone in Montana, they are moved within days to a federal detention facility in Tacoma, Washington or Las Vegas, Nevada. If anyone was released from custody, it would be in those states.”

Haque also disputed that drug trafficking in Montana can be connected to newly arrived immigrants, adding that someone accused of such a crime “would have to stand for trial in state court before being turned over to immigration for deportation. Since drug trafficking is an aggravated felony, the person would remain an enforcement priority for ICE, and it would be unlikely that they would release the person.”