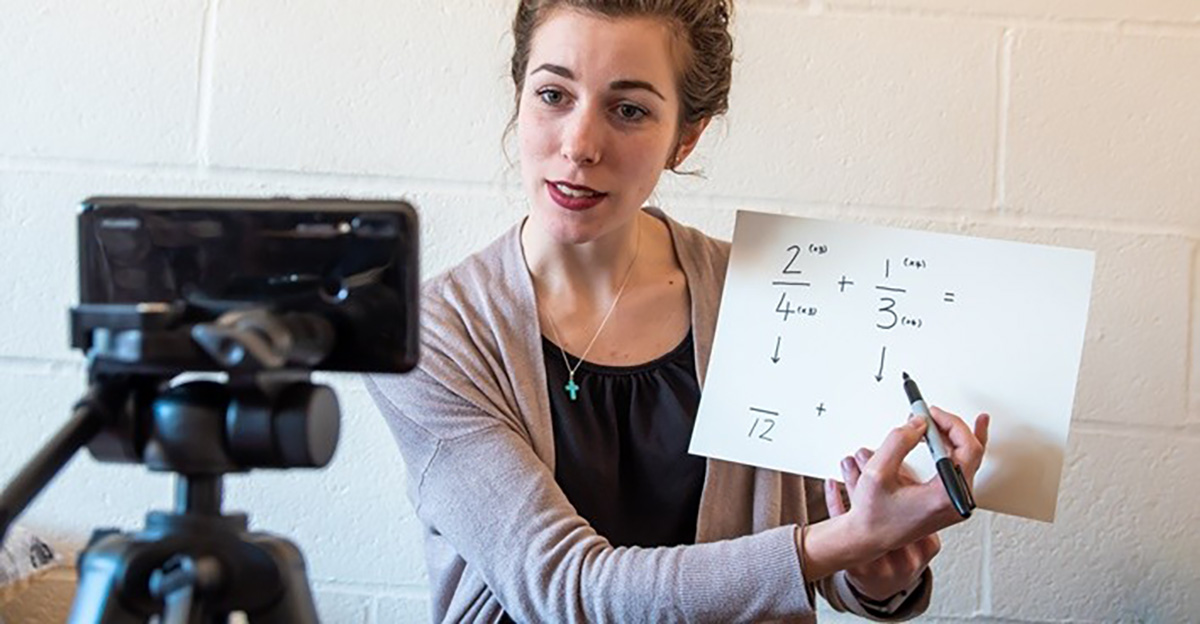 Chicago Public Schools has granted one in three teachers an accommodation to work from home since reopening school buildings in January, new data released Monday by the district show.

Of the more than 10,800 teachers expected to report for in-person learning so far, the district granted 3,750 accommodations, a figure that includes 354 requests by teachers to continue working remotely because none of their students planned to return to in-person learning in the third quarter.

That concession was among the key items in an agreement that ended a standoff with the teachers union, but has continued to be a point of friction with the union.

In all, the district said 20,700 adults were expected to report to work in elementary and middle school campuses in person and 28% of those had received permission to work from home.

Even as Chicago reopens more classrooms for elementary students this week, followed by middle school students next week, questions about staffing continue to nag the district.

Schools chief Janice Jackson said Monday she felt confident in the district’s staffing plans, even as Chicago had hired 530 of 1,000 promised cadre substitutes to fill possible gaps in the availability of full-time staff. Officials had promised another 1,000 support staff positions to help reopen schools. Of those, the district has hired 709, it said Monday evening.

“We don’t have any schools that can’t open due to staffing,” said Jackson, speaking Monday morning at a press conference at Hawthorne Elementary, a highly rated school in the Lake View neighborhood.

Officials last week revised down the number of students expected to return to classrooms across the next several weeks. The district now expects about 60,700 students in the elementary grades and in intensive special education programs to learn in school buildings by mid-March — just under 30% of the eligible students.

Chicago allowed teachers to submit requests based on their own medical condition, the high-risk medical status of someone for whom they care in their homes, or child care needs. In the first reopening wave of prekindergarten and special education cluster staff, slightly more than half of teachers were expected to report to buildings, with the remainder receiving permission to work from home. But the numbers were in constant flux, with teachers appealing denials and awaiting responses they said often moved slowly, as administrators tried to assess how to staff open buildings. The issue was a consistent flashpoint in the Chicago Teachers Union’s labor dispute with the district over school reopening.

Teachers who themselves have medical conditions and applied for accommodations had them granted 100% of the time, in compliance with the Americans with Disabilities Act, the district said.

Still, not everyone got the accommodation they hoped for. In Chicago, teachers who asked for a child care accommodation were among the least likely to receive one.

The district also expanded other options for leave for teachers who were nervous about working in school buildings, including the option to take an unpaid leave of absence in the third quarter. The data released Monday does not include the count of staff who took unpaid leave.

And even after the agreement on accommodations was in writing, how to interpret some of the language in the agreement, and in particular how widely the provision on remote work could be applied, continued to be a source of disagreement between the district and union. Those issues were dealt with at the school level.

In classrooms, efforts to meet teacher accommodations have created a jigsaw puzzle of scheduling remote and in-person teaching. Some students who opted for a hybrid learning model this quarter will be in classrooms working with co-teachers or teaching assistants, and their primary instructor will remain remote.

As teachers receive vaccinations, the accommodation picture likely will shift again. The reopening agreement says that educators who commit to returning to in-person work will receive priority for vaccination. Chicago has emphasized teacher vaccinations and opened up four school sites to give the shots; at the latest count, 17,750 educators have been offered vaccinations, according to a Chicago Public Schools online tracker, but there are not exact counts publicly available for how many have so received them.

The district said Monday evening that it had granted two-week telework allowances to 650 teachers who live with the medically vulnerable but had not received accommodations.

For the third quarter, the reopening agreement says teachers “can opt in” to returning to school after they are vaccinated. Then, before the start of the fourth quarter, the agreement dictates, the district will reevaluate its staffing needs based on how many families choose in-person instruction. Officials told the city school board last week they are optimistic that more families will sign up for in-person learning at the start of the fourth quarter in April.