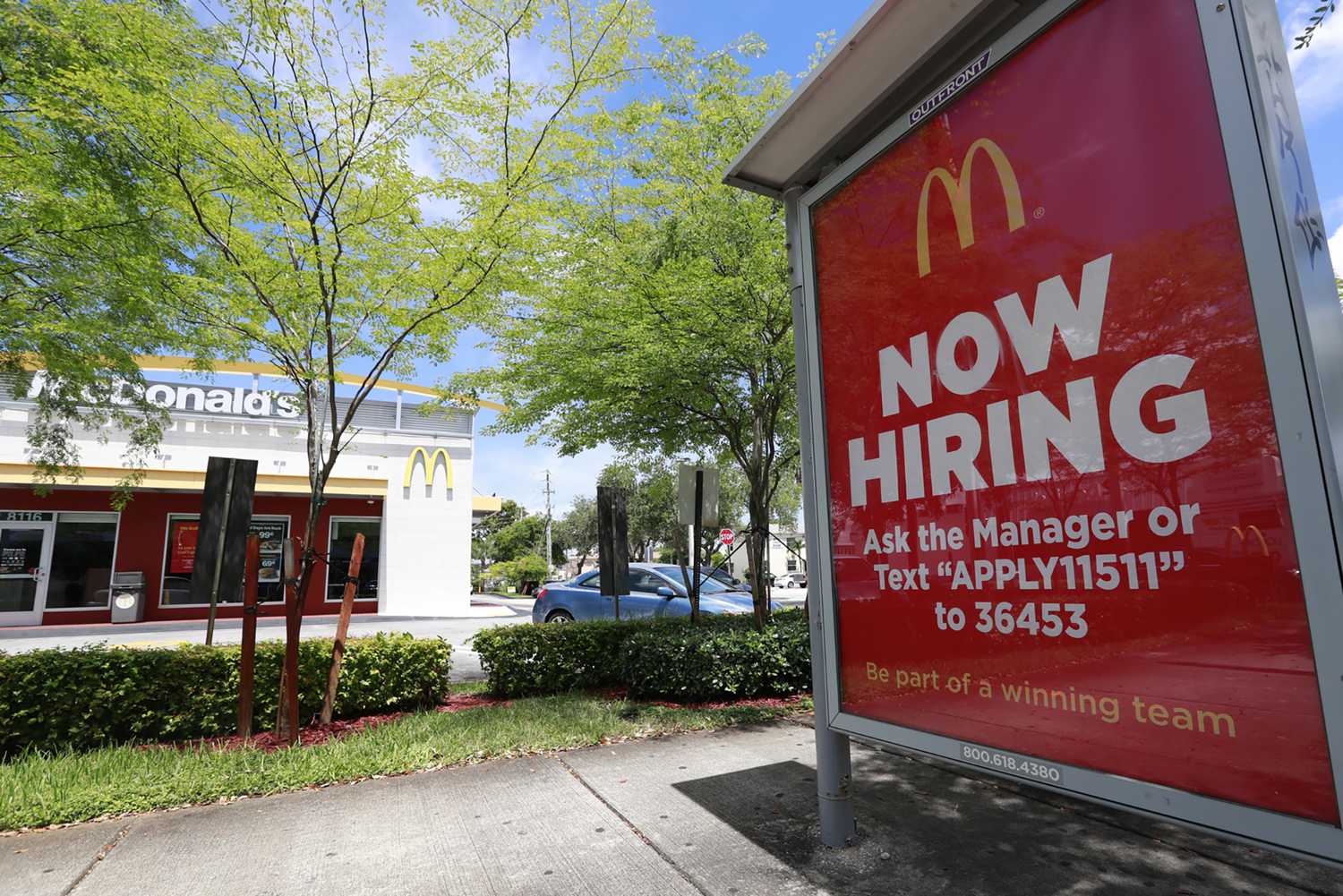 The report comes amid ongoing concerns over the delta variant’s impact on the economy and debate over the role of federal unemployment benefits in ongoing joblessness.

ADP’s report comes ahead of the highly anticipated federal jobs report, expected Friday, which will include government workers.

“Our data, which represents all workers on a company’s payroll, has highlighted a downshift in the labor market recovery,” said Nela Richardson, chief economist at ADP, a major payroll company that releases monthly economic data with Moody Analytics. “We have seen a decline in new hires, following significant job growth from the first half of the year.”

ADP’s report continues a trend of disappointing jobs numbers. Republican-led state governments around the country have pointed out this trend, putting the blame on recently enacted $300 weekly unemployment benefits.

They argue that those benefits, when added to state unemployment payments, discourage Americans from returning to the workforce. Unemployment has fallen since states began turning away the benefits, but proving an entirely causal relationship is difficult.

The August report found a similar trend as July’s report, which showed 330,000 jobs added, well short of the 653,000 estimated by Dow Jones. Experts have predicted a reversal of that trend, but it has not yet materialized.

“Despite the slowdown, job gains are approaching 4 million this year, yet still 7 million jobs short of pre-COVID-19 levels,” Richardson said.

ADP analyzes data from its payrolls, which include 460,000 U.S. businesses that employ nearly 26 million domestic workers.