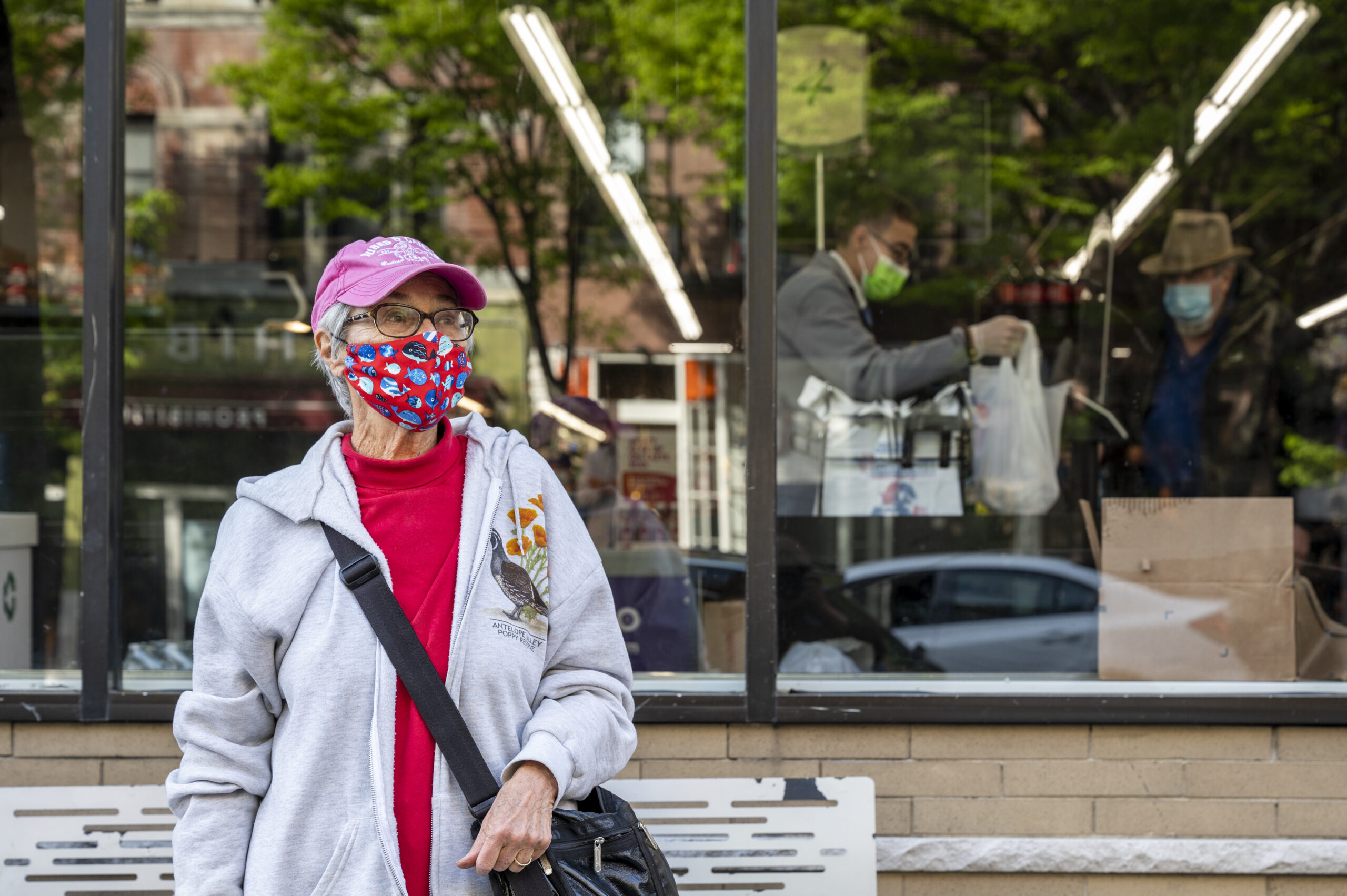 The state’s ban on single-use plastic shopping bags has been a mixed bag, with some groceries ignoring the new regulations and the state issuing zero fines so far.

Some supporters of the law, launched just over six months ago, maintain it will take time to gain a hold due to ongoing stresses over the pandemic.

But others are furious that some bodegas and at least one local grocery chain appears to be flouting the new regulations barring single-use plastic bags.

“This is absurd,” said environmental activist Judith Weis, adding she’s repeatedly complained to state officials about the Gristedes grocery on the Upper West Side.

The supermarket has continued to give shoppers single-use plastic bags, a recent visit by THE CITY found.

“I think the only thing that would work is a very, very hefty fine,” said Weis, adding she and neighbors are discussing launching “acts of the public” like a protest outside of the grocery on Columbus Avenue between 84th and 85th streets.

The state department in charge of enforcing the law hasn’t issued any fines since the measure went into effect in late October, data shows.

All told, the state’s Department of Environmental Conservation, the authority overseeing the new regulation, had issued 64 written warnings to grocery stores as of April 14.

The DEC vowed to take tougher action, including $250 to $500 penalty per violation, if the cautions go unheeded. The agency declined to share a list of the stores hit with warnings.

“DEC continues to encourage New Yorkers to make the transition to reusable bags whenever and wherever they shop, and encourages anyone who witnesses violations of the plastic bag ban to fill out DEC’s complaint form on our website,” said Erica Ringewald, a department spokesperson.

Francisco Marte, a spokesperson for the Bodega and Small Business Association, said market owners are concerned about losing business.

“The customer is not willing to pay every time that they go,” he said. “In order to keep the customers, we need to give them the bags.”

Meanwhile, the state has collected about $3.4 million in tax revenue tied to the new regulations, according to the DEC. The tax, technically a 5-cent fee, is only collected on paper carry-out bags, not the banned plastic carry-out bags.

Marte wants some of that money to go towards helping small grocers hit hard during the pandemic.

“It is an important step, but there’s been patchwork adoption,” said Tok Oyewole, a policy and communications organizer for the NYC Environmental Justice Alliance.

“As a whole, I think that there needs to be greater enforcement of the plastic bag ban across establishments,” she added.

The plastic bag ban “took effect during a perfect storm,” noted Eric Goldstein, a senior attorney for the Natural Resources Defense Council, a major supporter of the new law.

The ban was set to go into effect on March 1, 2020 — the day the first coronavirus case in the city was reported. But implementation was delayed after bag manufacturer Poly-Pak Industries filed a lawsuit challenging the legality of the new rules.

‘There needs to be greater enforcement of the plastic bag ban across establishments.’

After a Manhattan Supreme Court ruling against that challenge, DEC began enforcing the law on Oct. 19.

“A concerted public relations campaign by the plastics industry sought to scare the public in the midst of the COVID-19 pandemic,” Goldstein said, “and the law took effect at a moment when the attention of state officials was understandably focused on the public health crisis.”

Goldstein and other environmental activists note that single-use plastic bags create an enormous amount of waste, with approximately 50% of them ending up as street litter. That represents millions of bags on streets, in trees and clogging waterways, they point out.

The struggle for compliance throughout the city comes as new legislation to ban single-use plastic toiletry bottles at hotels has been passed by both state legislative houses.

Gov. Andrew Cuomo will have the final say on the matter when the bill hits his desk in the coming weeks.