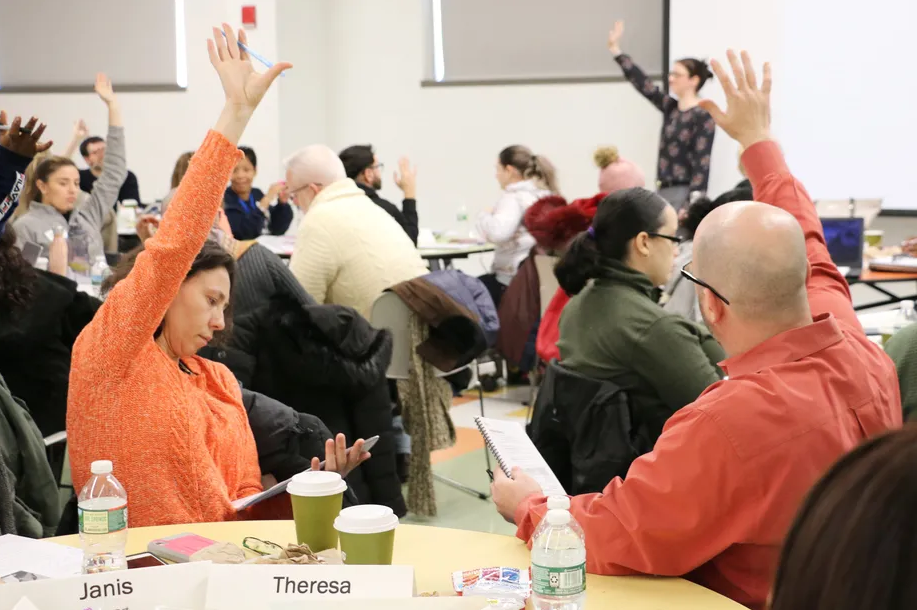 The Newark school district plans to hire dozens of retired teachers to fill open positions, as schools in Newark and nationwide continue to reel from acute staff shortages.

Earlier this month, the state approved Newark Public Schools’ request to take advantage of a new state law that allows retired teachers to return to the classroom without losing their retirement pensions, the district announced Tuesday. More than 40 retired teachers have already expressed interest in returning to district schools, the announcement said.

The district, which is short more than 100 teachers, also applied to participate in another state program meant to ease the school-staffing crunch, according to the announcement. The new program, created by a state law passed last year, allows approved districts to hire would-be teachers who failed to meet one of the requirements for certification, such as a minimum grade point average in college or a passing score on a required test.

“As we continue to identify creative ways to place certified individuals in our classrooms, we are excited about the ability to hire retired teachers and to provide a pathway for new teachers to get certified,” Superintendent Roger León said in a statement.

Even before the pandemic, Newark struggled to hire and retain enough teachers. But COVID has worsened the problem in Newark and across the country as schools scramble to find enough educators to fill openings caused by illness, retirements, and resignations, or new positions created with federal relief money.

As of March 15, the Newark school district had 113 unfilled instructional positions, according to school board meeting minutes — nearly as many openings as when the school year started. The district, which employed about 3,000 teachers last school year, has plugged some of the gaps with substitute teachers, academic specialists, and administrators, the minutes show. In other cases, high school teachers taught an extra period or multiple classes were combined.

Such stopgap measures usually aren’t good for students. They might get stuck with a substitute teacher who has limited experience teaching a particular subject, in a crowded classroom where students get little individual attention, or without a specialist who had to fill in for a missing teacher.

“If you don’t have a teacher to cover a class, you’re now pulling a bilingual teacher that should have been doing small group (work with students) to cover that class,” said Silvia Pereira, a district teacher and vice president of the Newark Teachers Union.

Union officials said that more teachers are leaving the district this year than usual, with at least 15 resignations just in the last week of March. Many teachers say this school year has been particularly grueling as some students struggle to readjust to school rules and routines and need more emotional and academic support than ever before.

“Teachers are burnt out right now,” said Pereira, who teaches English as a second language but spoke with Chalkbeat in her capacity as a union official. “There’s only so much we can do in a given day.”

Under the new law, retired teachers can return to classrooms for the remainder of this school year and next school year. Districts that hire new teachers under the relaxed certification rules must provide them mentoring and other support. After those teachers receive two positive annual evaluations, they are eligible to receive full certification.

In addition to participating in the new state programs, Newark officials are finding other ways to staff up. The district is working with Rutgers University to help substitute teachers and classroom aides in Newark become fully certified teachers, according to school board meeting minutes. And it created a vocational program in partnership with Montclair State University meant to turn Newark high schoolers into future teachers.

Officials at Great Oaks Legacy charter schools said in February that they plan to raise teachers’ base salaries to help with recruitment and retention. And North Star Academy, which is Newark’s largest charter school operator, has stepped up online recruitment efforts, streamlined its hiring process, and offered jobs to college students who taught during the summer at North Star schools, officials said at a board of trustees meeting in March.

Brett Peiser, CEO of North Star’s parent organization, Uncommon Schools, said all of its schools have “multiple openings” due to the teacher shortage.

“It’s persistent,” he said at the board meeting. “It’s really a worry of ours.”