Please ensure Javascript is enabled for purposes of website accessibility Newark’s return to remote learning comes with some challenges for teachers, students - THE CHICAGO HERALD Press "Enter" to skip to content

Home » Newark’s return to remote learning comes with some challenges for teachers, students 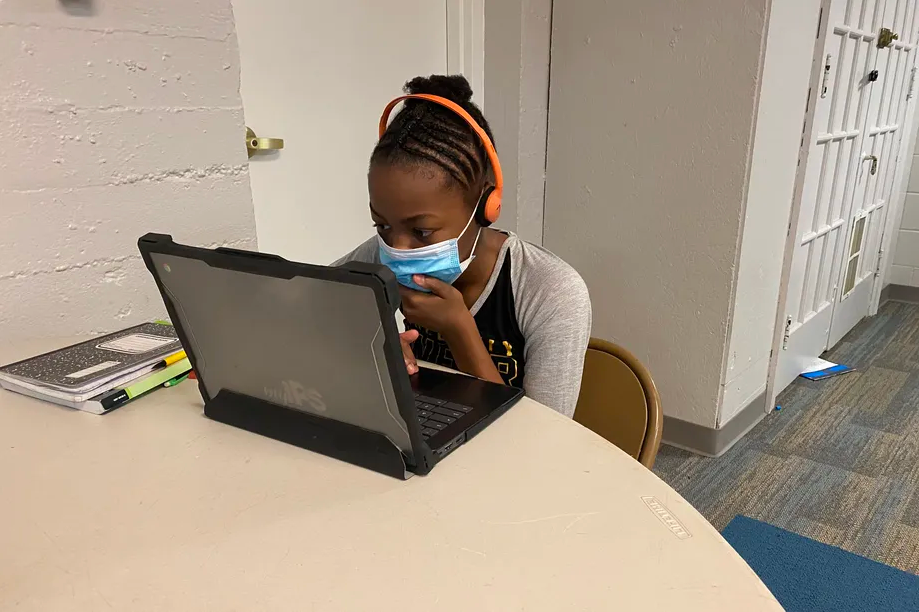 Newark’s return to remote learning comes with some challenges for teachers, students

By Catherine Carrera .Chalkbaet on January 7, 2022

Confusion among teachers about whether to work from home or at school.

Spotty attendance in classes, in some cases due to a lack of devices or internet connection.

As Newark Public Schools returned to remote learning for the first time this school year following a recent surge in positive COVID cases across the community, recurrent issues from the previous time the district went virtual cropped up once again.

Overall, however, teachers and students say the first two days back on a remote learning schedule have been better than they expected because they were able to plan ahead.

Teachers were given three days before the winter break to prepare their students for the possible pivot to remote, giving them the chance to review virtual classroom links and codes and provide learning packets. The district is expected to return to in-person learning on Jan. 18.

“It’s actually going better than I anticipated,” said Alyson Hairston Beresford, who teaches fifth grade students on the autism spectrum at Camden Street Elementary School. “My students who have been able to log on are logging on and I’m getting a lot of positive support from my administrators.”

Beresford said she remembers last school year when a majority of her students initially struggled to log on. But after Superintendent Roger León’s letter went out Dec. 20, she had enough time to add key links to their computer “favorites,” making it easier for students who struggle with reading to find the right link.

“A few days to prepare makes a huge difference when it comes to my students who have reading difficulties, trouble holding a mouse, and other challenges,” Beresford said. “I was able to show them to ensure that they were able to log on to the programs, and it’s working so far.”

Science Park High School student Ashley Lourenco said some classmates weren’t able to enter their virtual classes for 10 to 20 minutes. She added that students have also been having issues with their Chromebooks.

Despite those hiccups, Lourenco said, “remote has definitely been a more smooth transition since it was expected” after the notice to families on Dec. 20 and a follow-up on Dec. 30.

León sent a notice to families Thursday informing them that the district planned to go remote starting Monday due to the surge of COVID cases among students and staff before winter break, which began Dec. 23.

There has also been a huge citywide increase in positive cases. Mayor Ras Baraka said Monday there were 3,895 new cases reported in the city since Thursday. The city’s seven-day rolling average of positive COVID tests soared above 44%, compared with just 2% in mid-October.

Some teachers said attendance was low in some classes, mostly due to students who didn’t pick up their devices before winter break.

“The attendance wasn’t great,” said a Newark high school teacher who asked to remain anonymous to avoid retaliation. “I was missing a few students because a lot of them either still don’t have a Chromebook or they have one but there was something wrong with it, or the internet was lagging.”

Students stopped attending school in the days before winter break, she said, because they were testing positive for the coronavirus or they were identified as close contacts. Because of that, they were absent on the days devices were being distributed, she added.

A high school teacher of English as a second language said her students had some issues navigating the device applications at first but once they were logged on, they were engaged in the lesson.

“I feel it was pretty successful,” said the ESL teacher who asked to remain anonymous. “I was able to get my lesson across and the students asked questions.”

But not all teachers have been having a positive experience.

Some were asked to show up to work in person, even though the rest of the district is working remotely. The Newark Teachers Union issued a statement on its social media accounts that teachers can work remotely, despite what their principals have told them.

Still, those teachers were warned by their school administrators that they would lose personal time if they don’t show in person.

Teachers at one elementary school have had to work from their school building instead of remotely so far this week, said one teacher who asked to remain anonymous to avoid retaliation.

“Pretty much every teacher in my building has expressed extreme frustration with the situation,” that teacher said. “I thought morale couldn’t be lower heading into our winter break, but I can now say that it is indeed lower.”

Most charter school students throughout the city also are doing remote learning for the first two weeks of the year. However, North Star Academy, a charter school system with 14 schools, returned to in-person instruction Tuesday.

In a letter to families, the charter school said families were “encouraged” to get their children tested before returning to school and that free rapid tests would be provided to families who need them.

KIPP, which operates 14 schools including two high schools, sent a letter to families Dec. 31 informing them that students would switch to virtual learning only for the first week of the month with an expected return to in-person learning Jan. 10.

This article was originally posted on Newark’s return to remote learning comes with some challenges for teachers, students