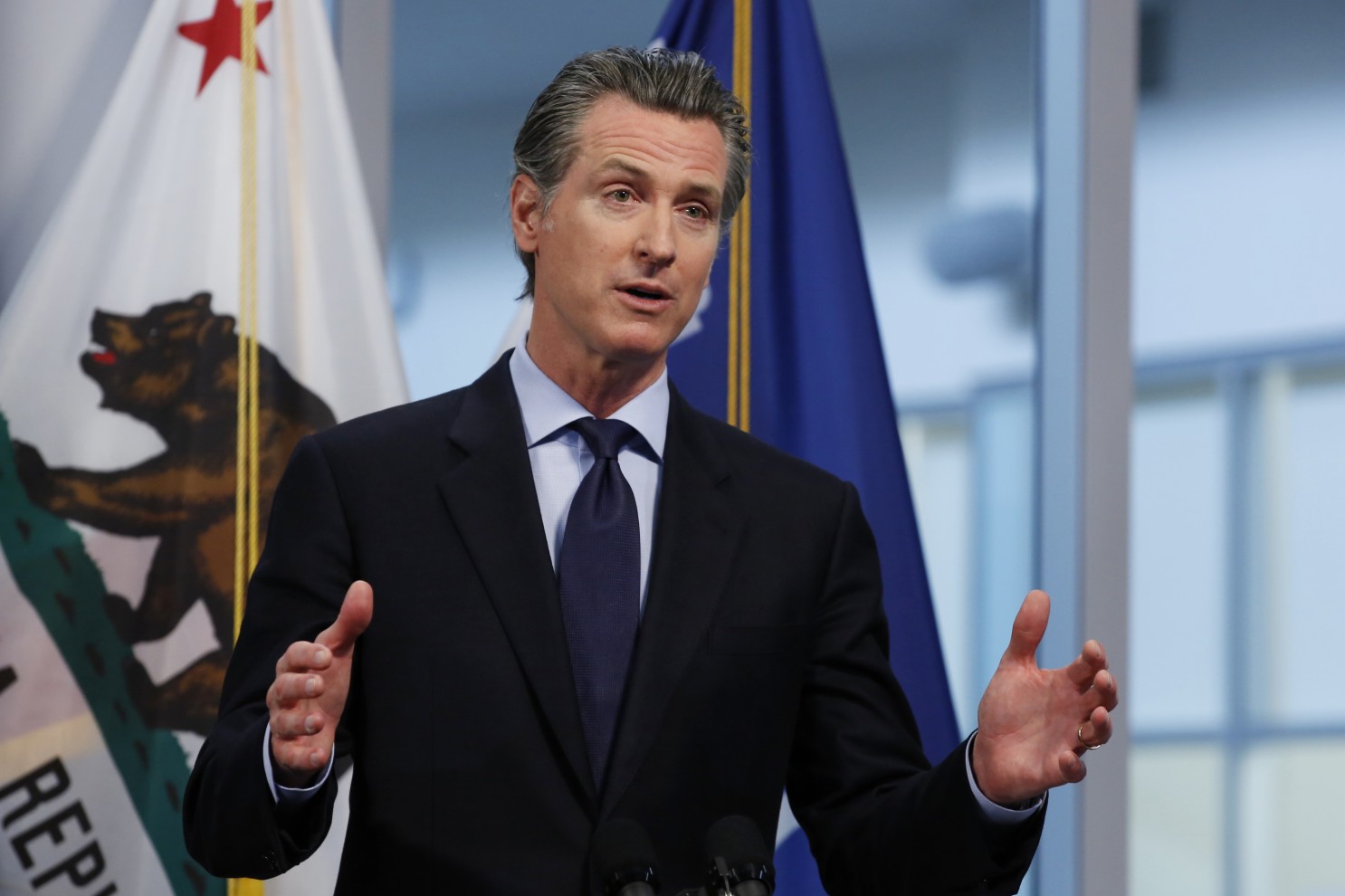 California Gov. Gavin Newsom declared victory over an effort to recall him amid his first term.

Larry Elder, the conservative talk show host who likely was to become governor if Newsom lost, is claiming foul play on a new web portal.

The Associated Press, NBC, CNN, Politico, ABC and others declared the recall effort had failed after polls closed Tuesday night. Several counties that were expected to lean slightly in Newsom’s direction were soundly in his favor. As of 9 p.m. PDT, 67% of voters chose not to recall Newsom.

“I’m humbled and grateful to the millions and millions of Californians that exercised their fundamental right to vote and express themselves so overwhelmingly by rejecting the division, by rejecting the cynicism, by rejecting so much of the negativity that’s defined our politics in this country over so many years,” Newsom said Tuesday night.

Of the 46 candidates on the second question of the recall ballot, Elder maintained a sound plurality. Although those results are moot, the Republican had 43% votes as of 9 p.m. PDT.

Elder refused to say whether he would accept the results of the election if Newsom won. His campaign had registered a web portal in August that encouraged supporters to submit affidavits claiming to be witnesses to fraud.

“Election integrity should be a universally accepted American ideal. Unfortunately, there are instances where such integrity is called into question,” the site stopcafraud.com reads above a form where Californians can attest to perceived voter fraud or intimidation.

The recall effort proved expensive. The Los Angeles Times reported Newsom and allies spent more than $36 million in political advertisements in August. He far outspent all of his potential replacements. A large portion of that war chest came from unions such as the California chapter of the American Federation of State, County and Municipal Employees.

“Tonight, Californians overwhelmingly rejected efforts to take us backwards in the fight against COVID-19 and the work of building a more inclusive and equitable future for working families,” AFSCME Local 3299 President Kathryn Lybarger said. “Just as frontline workers have led efforts to protect families and communities from the devastation of a deadly pandemic and climate-fueled wildfires, we rose to defend our state from the anti-union and anti-science extremism at the heart of this recall.”

The beginning of Newsom’s recall campaign was a fervent push to rile up Democrat voters who were not showing signs of interest in the recall. Even though Democrats outnumber registered Republicans by a nearly 2-to-1 margin, early polling showed GOP voters were much more likely to head to the polls, erasing much of the gap between Newsom keeping his office and losing it.

That changed as the summer went on, with some polling showing the freshman Democratic governor with a 60-40 lead going into the final days before polls opened for in-person voting.

The governor faced broad criticism for his COVID-19 mitigations, seen by many as the most severe in the nation. That sentiment may have faded over the months, as exit polling conducted for NBC showed fewer than 3-in-10 thought his orders were too severe.

California’s schools were some of the last in the nation to welcome students back into classrooms. His commerce guidelines left hundreds of small businesses closed while large department stores remained open.

The closures led to one of the highest unemployment rates in the country, something the state’s unemployment offices were ill-equipped to manage and left thousands of workers without weekly payments. An investigation found Newsom overestimated the state’s wildfire mitigation efforts as hundreds of thousands of acres burned in northern California.