Home » North Dakota budget will be conservative despite $200 million windfall 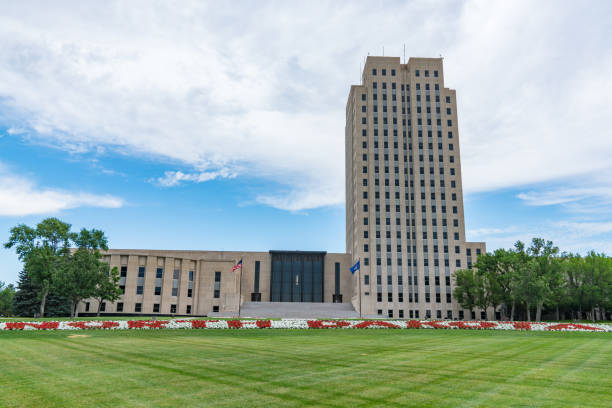 North Dakota budget will be conservative despite $200 million windfall

North Dakota Gov. Doug Burgum said Thursday that the state would take a conservative approach to the 2023-2025 biennium budget despite a surplus of collections.

The state general fund revenues for the current biennium are running more than $200 million ahead of forecast, an increase of 13.1%, Burgum said in a meeting with state agency leaders.

“While we have made great strides in enhancing services for North Dakota citizens, our recently completed strategy reviews identified additional opportunities to make government more efficient and effective by embracing technology and automation, improving processes and cutting red tape,” Burgum said. “Through this budgeting process, we will continue to focus on reinvention and reallocating resources to high-performing, high return-on-investment programs while building a budget that focuses on outcomes and strategy-based initiatives.”

The governor asked the state agencies to base their budgets on their current 2021-23 appropriation minus money for one-time projects.

“Agencies will have the opportunity to submit optional packages that provide building blocks for comprehensive executive budget proposals that will cut across multiple agencies and address broad priorities such as workforce, automation and infrastructure,” said Joe Morrissette, director of the Governor’s Office of Management and Budget.” This will allow us to bring the proposals together and focus on outcomes across state government.”

Burgum says he will make state employees a priority in the budget but did not give details.

“To continue to deliver outstanding service to North Dakota citizens, we must continue to attract and retain high-performing team members. State government must be competitive. We must be an employer of choice,” Burgum said. “Our executive budget proposal will include a comprehensive, competitive rewards and compensation package, as Team ND members continue to be our most valuable resource.”

Shrinking the size of the state government is not a realistic goal as North Dakota is experiencing population growth, the governor said.

“We should be investing in ourselves,” Burgum said. The strategy may run counter to the mindset that “the only best government is a government that is shrinking,” he said.

“This is a period going forward where we’re probably going to have to grow and invest from the point from $5 billion,” the governor said. “We’re going to have to invest more as opposed to try to cut more if we’re going to take full advantage of the opportunities that are in front of us.”

Those opportunities include a growing economy where Burgum said the state is seeing a record high of more than $30 billion in identified value-added projects coming into North Dakota.