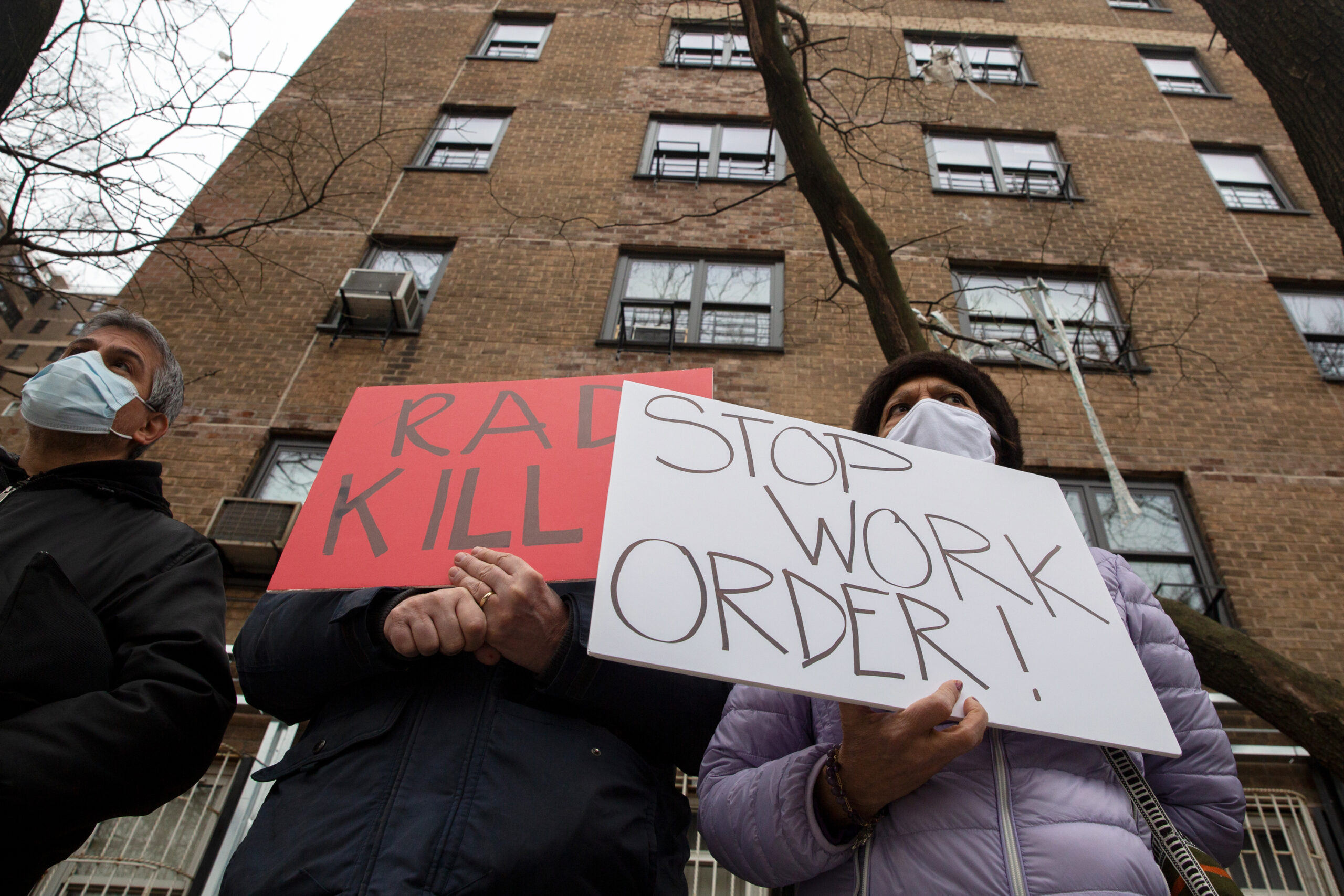 Seven years after the city housing authority signed off on a court-monitored agreement to clean up its toxic mold problem, a fatal flaw in the deal has triggered the judge in charge to order NYCHA and lawyers representing public housing tenants back to the drawing board.

Manhattan Federal Judge William Pauley cited what he called a “latent defect” in the original agreement that removes his oversight from public housing apartments transferred to private management under a program known as Rental Assistance Demonstration (RAD).

In a 22-page order issued Monday, Pauley found that the language in the 2013 deal that he signed off on “gives rise to an inescapable problem: a portion of the class this court certified is no longer covered by the consent decree. This is an urgent issue the parties must address.”

He gave both sides a month to figure out how to get all tenants back into the case — and if they can’t do that, they’ll have to fight it out in court.

“We are pleased that Judge Pauley recognized that all NYCHA tenants, no matter how their buildings are funded, are included in the class that the settlement seeks to protect,” said the Rev. Getulio Cruz Jr, a leader in Metro Industrial Areas Foundation (Metro IAF), the primary plaintiff in the mold case.  “We are going to confer with NYCHA, as the judge instructed. We will take whatever action is necessary to ensure that all public housing tenants can live in mold- and leak-free apartments.”

Barbara Brancaccio, a NYCHA spokesperson, wrote in an email to THE CITY: “NYCHA will work with the plaintiffs to address the issues and options raised [by the judge]. We acknowledge that mold and excessive moisture are serious problems, which is why we are aggressively seeking creative solutions to generate an infusion of funding to address the underlying capital repairs needed throughout NYCHA’s public housing developments.”

The ruling, which echoed an issue raised last year in THE CITY’s reporting, comes as public housing officials are turning to private management to help raise money to address an estimated $40 billion in repairs needed at aging NYCHA complexes across the five boroughs. Among the biggest woes facing tenants: apartments rife with lead paint and mold.

For years, NYCHA had failed to address the build-up of mold, usually caused by leaky pipes and poor ventilation in cramped apartment bathrooms. Metro IAF, a consortium of churches and housing groups, filed suit in December 2013 charging rampant harm to tenants with asthma and other respiratory ills.

NYCHA agreed to settle the suit the day it was filed by entering into a consent decree that placed Pauley in charge of monitoring its promised cleanup. The original agreement, ultimately amended in late 2018, applied only to public housing owned by NYCHA — not private housing that receives a federal rent subsidy the housing authority runs called Section 8.

That original deal began to change starting in November 2018 when NYCHA started placing thousands of its apartments into Section 8 where private managers run and upgrade the authority’s buildings. That public-private plan operated under the Obama-era RAD program, which has been criticized by some as a first step toward the privatization of public housing.

As of February, NYCHA had placed 9,500 units in its version of RAD, called Public Affordability Commitment Together (PACT), with another 12,000 set to be transferred by the end of this year. That’s just the first wave of NYCHA’s ultimate plan to place a total of 62,000 apartments into the program.

NYCHA management, citing the language of the original mold agreement, argued that all RAD apartments were no longer covered by court oversight.

Though developments are still owned by NYCHA, all repairs are performed by private managers, and tenants can no longer see the status of their requested fix the way they could when they were still part of NYCHA.

A similar logic applies to a major new method of raising money for public housing proposed by NYCHA Chairman Gregory Russ. His plan, called the Blueprint for Change, would transfer another 110,000 units — the rest of NYCHA’s portfolio — into Section 8.

During a state Assembly hearing in December, Russ conceded the language of the mold consent decree would not specifically keep units placed into his Blueprint program under the court’s oversight.

Metro IAF, the group that brought the original suit, argues this tactic is just a way for NYCHA to avoid its responsibilities under the court agreement.

In his ruling Monday, Pauley found that while NYCHA’s lawyers were technically correct, pulling all of these apartments out from the court’s jurisdiction undermined the spirit of the consent decree.

What Is NYCHA? Your Questions Answered About Public Housing

Pauley, who has repeatedly shown his frustration with the slow pace of reform at NYCHA, ordered lawyers for the tenants and the housing authority to meet and “propose a further revised consent decree that includes all class members” by May 12.

If they can’t do that, he said, they should prepare to fully litigate the dispute.