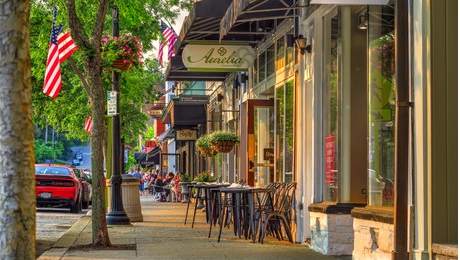 A group of Ohio lawmakers want to focus on the state’s below average ranking for economic performance by creating a bipartisan Business First Caucus.

The group, headed by state Sens. Mark Romanchuk, R-Ontario, and George Lang, R-West Chester, said it’s aimed at small businesses, staying at the center of major tax and regulatory reform while promoting ideas and legislation that positively impact small business in the state.

“Ohio has consistently ranked near the bottom for economic performance when compared to other states,” Romanchuk said. “This caucus will focus on passing policy that moves Ohio to the top of the list.”

According to U.S. News and World Report, Ohio ranks 38th in the nation for economic performance.

“Small businesses create jobs and opportunities for Ohioans and strengthen our communities. The Business First Caucus will be laser-focused on helping Ohio’s businesses to flourish and prosper,” Lang said.

“The number one reason people leave Ohio is better economic opportunity elsewhere,” Cross said. “The goal of this caucus is to help solve this pressing issue.”

Romanchuk, a freshman senator who served four terms in the House, is the owner and CEO of PR Machine Works, a contract manufacturer in Ontario, Ohio.

The caucus includes more than 70 state representatives and senators, and it plans to meet monthly.