Please ensure Javascript is enabled for purposes of website accessibility One way or another, Texans will get the bill for fixing the electric grid - THE CHICAGO HERALD Press "Enter" to skip to content

Home » One way or another, Texans will get the bill for fixing the electric grid 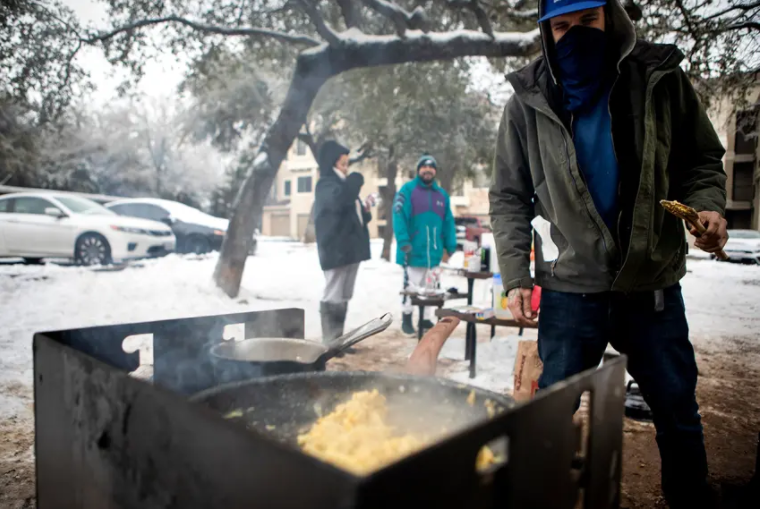 One way or another, Texans will get the bill for fixing the electric grid

Assuming the state’s elected officials make some changes in the wake of the freeze and the blackouts after the Valentine’s Day weekend, and assuming those changes are expensive, the money has to come from someplace.

Some of the changes would be pricey, though it’s next to impossible to estimate costs until you’ve got a working to-do list. But if “weatherizing” or “winterizing” the electricity grid was cheap, the companies in that food chain would have done it years ago.

Just one piece of that puzzle — weatherizing natural gas wells — merited a chart in a long report after a freeze and blackouts in 2011 in Texas written by the Federal Energy Regulatory Commission and the North American Electric Reliability Corp. To get 50,000 gas wells into winter-fighting shape would cost between $125 million and $1.75 billion — a huge range dependent on the extent of the weatherizing.

That’s before you even get to electric generation, transmission and distribution.

And if it was cheap, the Texas Legislature would have required weatherization after that February 2011 storm. That same report from FERC/NERC recommended such a requirement, along with enhanced weather planning: “… The task force recommends that planning take into account not only forecasts but also historical weather patterns, so that the required procedures accommodate unusually severe events. Statutes should ideally direct utility commissions to develop best winterization practices for its state, and make winterization plans mandatory.”

Instead, the Texas Legislature required the Public Utility Commission to collect reports from electric companies detailing their weatherization prep, or the lack of it. Weatherization wasn’t required, but reports about it were.

Reports, as it turns out, didn’t keep Texans warm during almost a week of freezing weather last month.

And so, the idea of requiring winter prep is back.

House Speaker Dade Phelan put seven power outage-inspired bills on his priority list for the current legislative session. They include weatherizing the electricity infrastructure in the state, creating a statewide alert system for storms and power outages and overhauling the Electric Reliability Council of Texas, the nonprofit that operates the state’s electric grid.

Lt. Gov. Dan Patrick called for the heads of ERCOT’s CEO and all three appointed Public Utility Commissioners. Within just a few days, he was 75% of the way through the list, after ERCOT’s board fired Bill Magness and the PUC’s DeAnn Walker and Shelly Botkin, both appointed by Gov. Greg Abbott, resigned. Only Arthur D’Andrea, another Abbott appointee, remains at the PUC.

ERCOT’s board will name a new CEO, in the current scheme of things — a scheme that could be changed if lawmakers rework the grid operator’s governance. One legislative proposal would make it a state agency — to increase its accountability to the elected officials in the Capitol. That didn’t work particularly well with the PUC, as an example, but lawmakers will have some say over the replacement commissioners there; gubernatorial appointees have to win confirmation from Patrick’s Senate. ERCOT, at present, has more independence from the state’s political class.

How those politicians handle this could figure into the 2022 elections, which are, for them, not far away. The party primaries are less than a year away, and fundraising and politicking will begin in earnest when the legislative session ends in three months. The blaming and shaming is well underway, and lawmakers still have to come up with a reasonable list of preventions that will keep blackouts like February’s from happening again.

That two-step is an old one, designed to keep the blame, and voters’ ire, focused on appointees and hired executives and off of the people in the executive and legislative branches who are supposed to oversee them. That list starts with the governor and includes the legislators who cooked up the current regulatory operation and rules that failed so miserably just a few weeks ago.

The other step? To win credit, at the same time, from voters for the politicians who come in and clean up the mess left by their predecessors — and in some cases, those politicians themselves.

And they’ll have to figure out how to pay for it — whether that is, as Abbott has proposed, an expense the state’s taxpayers should shoulder, or as others have suggested, a requirement for private companies to assume, and to pass along to their rate-paying customers.

We’re supposed to get more reliable electrical power out of all this, and we should, too. Either as taxpayers or as ratepayers, we’re going to get the bill.

This article was originally posted on One way or another, Texans will get the bill for fixing the electric grid