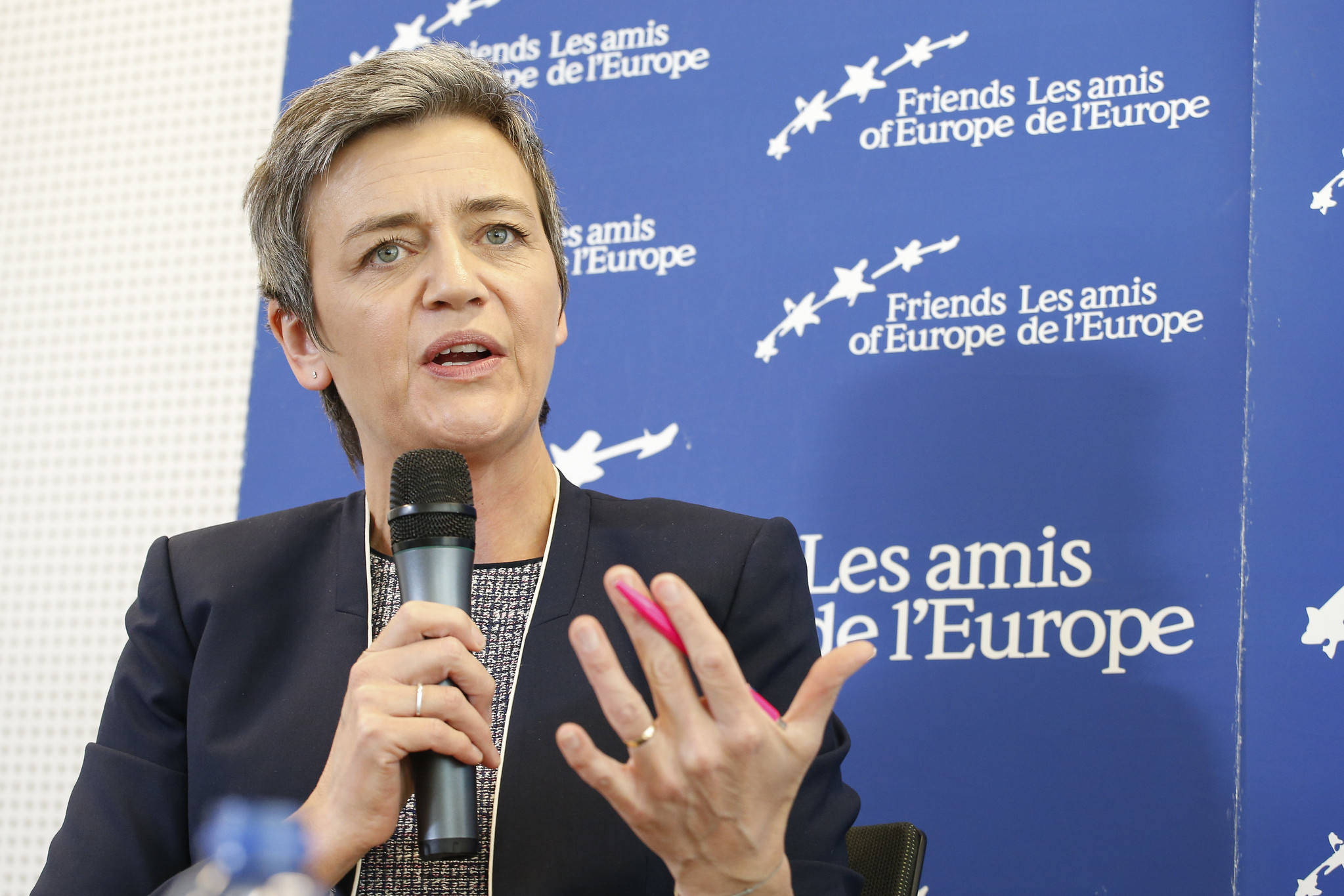 By Gavin van Marle on June 4, 2020
Opponents of the EC’s recent decision to allow the liner shipping industry to continue to enjoy its exemption from antitrust consortia regulation until 2024, will not have to wait long to again voice their opposition.

In response to question from German MEP Tiemo Wolken, competition commissioner Margrethe Vestager (pictured above) defended the decision to renew the Block Exemption Regulation (BER), but revealed that stakeholder comments could be sought as early as next year as the EC begins to weigh up extending it beyond April 2024.

Mr Wolken claimed the impact on the logistics industry of the BER had “received scant consideration” in the EC’s most recent review and called the commission’s approach “legally questionable”.

“Should the commission therefore rather refrain from a four-year extension and instead carry out a more in-depth review over the coming 12 months?” he asked.

Ms Vestager said: “Subject to political validation, the next evaluation of the consortia BER would start in 2021-2022 and would provide an appropriate opportunity for the commission to gather new information and data on the market and its developments.”

It also complained that Ms Vestager’s department had assessed the workings of the BER “only from the perspective of carriers and the commission itself (as the competition regulator)”.

It added: “There has been no explicit assessment against the experiences and expectations of customers of the services provided by consortia, other service providers and transport workers.

“DG Competition has rejected our repeated request – as outlined in our joint submission – that the commission only prolong the BER for one year. This would have allowed a thorough, fair and more balanced review, taking into account other sources of data than those provided by the representatives of the liner shipping industry.

“We have underlined that, in light of the important changes in the market (in view of consolidation, vertical integration and digitalization) over the last five years, it was important to protect the interests of the EU logistics and supply chains.

“We recommended to amend a text, which has not been amended since 2009, to a changing world,” it said.

The article was published at Opponents rally at news that EC consortia BER could be re-evaluated next year.