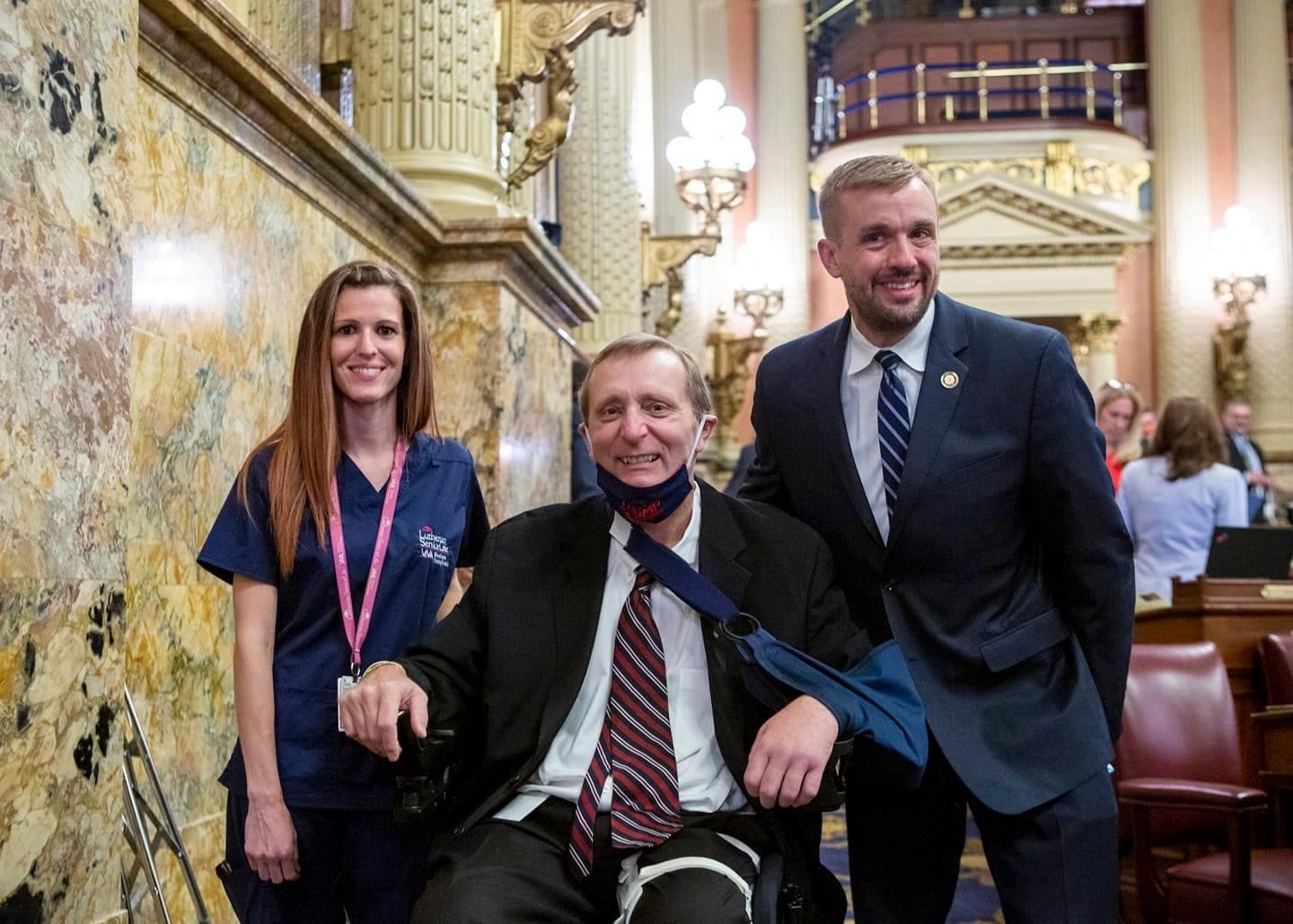 Voters first elected Pyle to represent the 60th legislative district that spans parts of Armstrong, Indiana and Butler counties in 2004. He was diagnosed with kidney cancer less than two months after assuming office.

In a news release, Pyle’s office said the cancer spread to his chest in October 2017. He suffered a stroke last year and continues undergoing rehabilitation and cancer treatment.

“It has been a privilege to serve the residents of the 60th Legislative District for more than 16 years but it’s time to now put my health first,” he said Monday. “I will miss advocating for my constituents and working to improve the lives of those living and working in our area.”

Pyle chaired both the House Liquor Control and Gaming Oversight committees as well as led the Second Amendment and Coal caucuses for more than decade. His strong advocacy for gun rights earned him a perfect A+ voting record from the National Rifle Association, according to his office.

“I was fortunate enough to get a firsthand look at how Rep. Pyle approached his work early in my career because Jeff and I shared an office space here in the Capitol,” said House Speaker Bryan Cutler, R-Lancaster. “I learned exactly what it takes to be a successful representative. Keeping your door open to constituents and ensuring their voices are heard. Even in recent years, when Rep. Pyle faced his own challenges, he never wavered in his relentless efforts to improve the lives of those he represents, and he set an example for each of us to try and follow. He was a great member and best friend.”

Sen. Joe Pittman, R-Indiana, described Pyle as “one-of-a-kind” and a “trusted friend and ally in Harrisburg” who has served the people of his district “faithfully for many years.”

“Rep. Jeff Pyle has always put the people of his district first and has been a champion the people of Western Pennsylvania and Armstrong County in particular,” said House Majority Leader Kerry Benninghoff, R-Bellefonte. “Rep. Pyle has never forgotten his roots and always brought to bear his experiences as an educator when discussing a topic or advancing an issue. We will miss his unique perspectives, his hearty laugh, and the passion he brought for serving Pennsylvanians.”

Pyle’s legislative achievements include authoring seven laws, some of which beefed up provisions for emergency medical workers in coal mines and established regulations for drones. He also sponsored a bill in 2012 that created a veterans designation for driver’s licenses and championed the reopening of river locks using a public-private partnership model copied by six other states.

“As a young boy growing up in Armstrong County, I would never have dreamed that I would be elected to represent my community in Harrisburg,” he said. “What an honor it has been.”