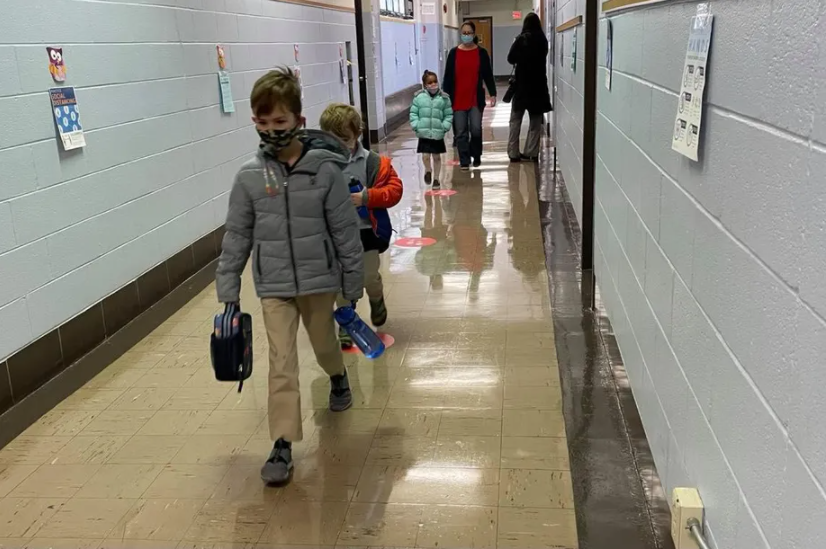 By Johann Calhoun .Chalkbeat on January 6, 2022

The Philadelphia health secretary remains adamant that the city’s school children are best served by in-person learning, despite the rise in the number of COVID cases and a growing call for the school district to go to virtual education.

Though more schools are closing due to the surge and staffing shortages, Dr. Cheryl Bettigole said during a Wednesday press briefing that there has been no evidence throughout the pandemic that school closures decrease transmission.

“When we do see cases in schools, the majority of those cases are not coming from in-school transmission. They are coming from at-home settings, from activities outside of school. Kids do lots of other things; they have a tendency to mingle with other kids outside of school so we still see a lot of transmission in that case in addition to the negative effects on learning.”

But Jerry Jordan, president of the Philadelphia Federation of Teachers, reiterated Wednesday the teachers’ request for a temporary pause on in-person learning in order to develop a safety plan. “To consider having in-person learning amidst nearly 40% positivity rates would have been unthinkable last year, and yet, the district and PDPH (Philadelphia Department of Public Health) are moving the goalposts at the expense of safety,” Jordan said.

Since Monday evening, the district closed 92 schools for in-person learning.  No schools were added to the list Wednesday, according to Monica Lewis, district spokesperson.

The teachers and principals unions had called for a week of virtual instruction to mitigate the spread. “A temporary pause on in-person learning in order to plan for appropriate mitigation strategies would significantly shorten the likely length of time schools need to be virtual. Instead, we are wasting critical time while cases continue to skyrocket,” Jordan said.

Bettigole said her office has recommended the district offer an online option to high-risk children.

The principal at George Washington Carver High School for Engineering and Science alerted families via letter that all of Wednesday’s after-school clubs and activities were canceled after an increase in confirmed cases. The note was an “effort to ensure the safety of our students and staff,” Darryl Johnson told parents. He also told Carver families that he made a request to go virtual to control the rise in cases.

It was only a month ago that Bettigole expressed concern that just 9% of children ages 5 to 11 had received one dose of the vaccine since the Centers for Disease Control and Prevention approved vaccinations for that age group. That number now stands at 25.6%.

Over the past two weeks, cases and hospitalizations in Philadelphia have skyrocketed, with 29,882 Philadelphians diagnosed with COVID. The city is now seeing an average of 3,108 new cases per day, by far the highest number in the pandemic, according to Bettigole.

The district follows guidance by the city’s health department and the CDC. The CDC updated its isolation and quarantine guidance for the general public last week, shortening the recommended time for isolation.

The CDC updated that guidance Tuesday night to include schools, said James Garrow, communications director for the city’s health department. “Our staff are currently reviewing the guidance in the context of Philadelphia schools and may update it as soon as they are comfortable with the new guidance.”

Despite the surge, Superintendent William Hite has reiterated the district’s position that in-person learning is best for students. “One thing remains clear — in-person learning is essential for the physical, social, emotional, and academic well-being of our students, especially after nearly two years of trauma caused by the pandemic and other matters.”

The PFT however, said “massive” staffing shortages caused by COVID cases or exposure have “made functioning nearly impossible” and have affected “every facet of a school’s operation, from teachers, to paraprofessionals supporting students with special needs, to lunchroom staff, to secretaries, to nurses, to climate staff, to administrators.”

Bettigole said to families that if they have cold symptoms, a fever, or other respiratory symptoms, that odds are they have the virus. A simple cloth mask is not enough, she said.

“That means double masking or wearing a KN95. Remember that a high-quality mask worn under your chin or under your nose doesn’t do you anything.”