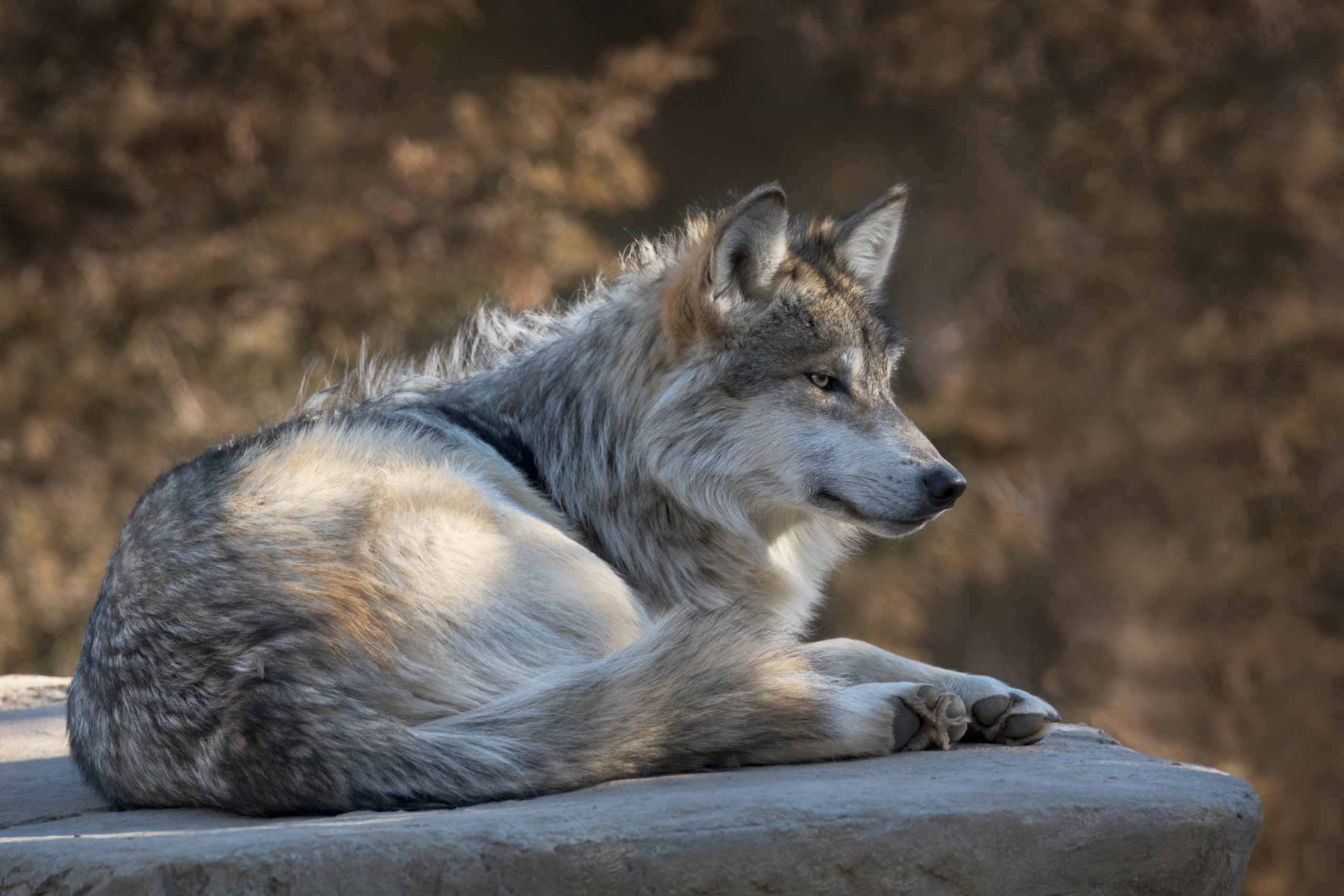 Wolf advocates praised a proposed revision to the Mexican wolf management plan that removes a cap on the number of animals, but they say this change does not go far enough.

The U.S. Fish and Wildlife Service released the proposed revision on Wednesday for public comments and the notice was published in the Federal Register on Friday, Oct. 29.

In addition to removing the population cap of 300 to 325 wolves, the proposed revision establishes an objective for genetic diversity and temporarily restricts the killing of Mexican wolves. The proposed revision comes after the U.S. District Court of Arizona remanded a 2015 rule to the Fish and Wildlife Service in 2018. This court order came after a group of advocacy groups including WildEarth Guardians, New Mexico Wild, Friends of Animals, and the Western Environmental Law Center sued the Fish and Wildlife Service.

In a press release, the Fish and Wildlife Service states that it also reconsidered the nonessential experimental designation for the Mexican wolves but has determined a change is not warranted.

Retaining the ‘non-essential’ determination for the Mexican Gray Wolf is indefensible and contrary to the Endangered Species Act,” Bryan Bird, southwest program director with Defenders of Wildlife, said in an email to NM Political Report. “The ‘non-essential’ status gives federal land management agencies a free pass to ignore impacts on the wolves. They are not required to consult with the Service on potential impacts of activities such as livestock grazing.”

The proposed revision also calls for releasing 22 adult wolves into the wild by 2030. Nine breeding-age adults will be released in 2022. This, along with temporarily restricting the killing of wolves, will help with genetic diversity, according to a Fish and Wildlife Service press release.

At the end of 2020, there were at least 186 Mexican wolves in the wild, including 20 breeding pairs. According to the Fish and Wildlife Service, this population doubles approximately every five years.

Michael Robinson, a senior conservation advocate for Center for Biological Diversity, estimates  wolves will reach the current limit within a matter of years. But this number is far lower than what scientists say the species needs to recover. Scientists who compiled a draft recovery plan for the wolves back in 2013 found that three distinct but connected populations of wolves totaling at least 750 animals are needed.

Robinson said removing the cap on the number of wolves is a “huge relief” but the failure to remove the boundary for wolf habitats along Interstate 40 is a disappointment.

Smith said the I-40 boundary means the wolves won’t be able to form three distinct populations totalling at least 750 animals.

Interstate 40 has nothing to do with science, he said.

He said the habitat doesn’t change on the north side of the road nor is the prey base different. Instead, he described the boundary as political.

Bird said that they had expected the I-40 boundary to be removed from the plan.

There is good habitat in northern New Mexico and the Grand Canyon Region, but the revised rule will continue to remove wolves that wander in search of new territory or a mate. This failure is a disappointment,” he said.

The idea of increasing the number of wolves has its opponents. Many ranchers are concerned that the wolves will prey on livestock and the compensation they receive for the lost animal does not fully replace it. For example, losing a cow or calf means a loss of carefully developed genetics. And mitigation efforts like hiring range riders can be cost-prohibitive to some ranchers.

The proposed revisions published in the Federal Register state that small ranching operations could also experience indirect impacts from wolf populations including increased costs for surveillance and herd oversight and livestock weight loss when wolves are present. About 69 percent of the cattle operations in Arizona and New Mexico are located in the Mexican Wolf Experimental Population Area located south of I-40. Between 1998 when wolves were first reintroduced and 2019, an average of 151 cows were killed annually by wolves. This is about 0.2 percent of the total number of cows in the area. And, once the wolf population increases to 320 individuals, the Fish and Wildlife Service estimates that number will grow to 544 cows per year.

Hunters also have concerns about increasing populations of wolves. Currently, the wolf population is too small to impact the elk population. Impacts to wild ungulate herds, such as elk, will likely occur when there are four wolves for every 1,000 elk, which could happen in 2024, according to the proposed revision.

The three forms of allowable killing of the wolves that are being temporarily restricted include killing wolves in response to “unacceptable impact to a wild ungulate herd.” The restrictions will be removed once the genetic diversity goals are achieved.

We’re analyzing the Service’s proposed revision, and while at first glance, it appears to address some of the concerns that led to our 2018 court victory – such as the arbitrary population cap and excessive levels of legal killing at the behest of livestock and hunting interests – it still inhibits Mexican wolves’ ability to truly recover throughout their suitable, historic habitats across the Southwest,” said Kelly Nokes, Shared Earth wildlife attorney for the Western Environmental Law Center, in a press release. “We are eager to provide our perspective in the upcoming 90-day comment period and we stand ready to return to court on behalf of lobos if the final rule is insufficient to conserve this critically imperiled species.”