Home » Public ed and the Pledge 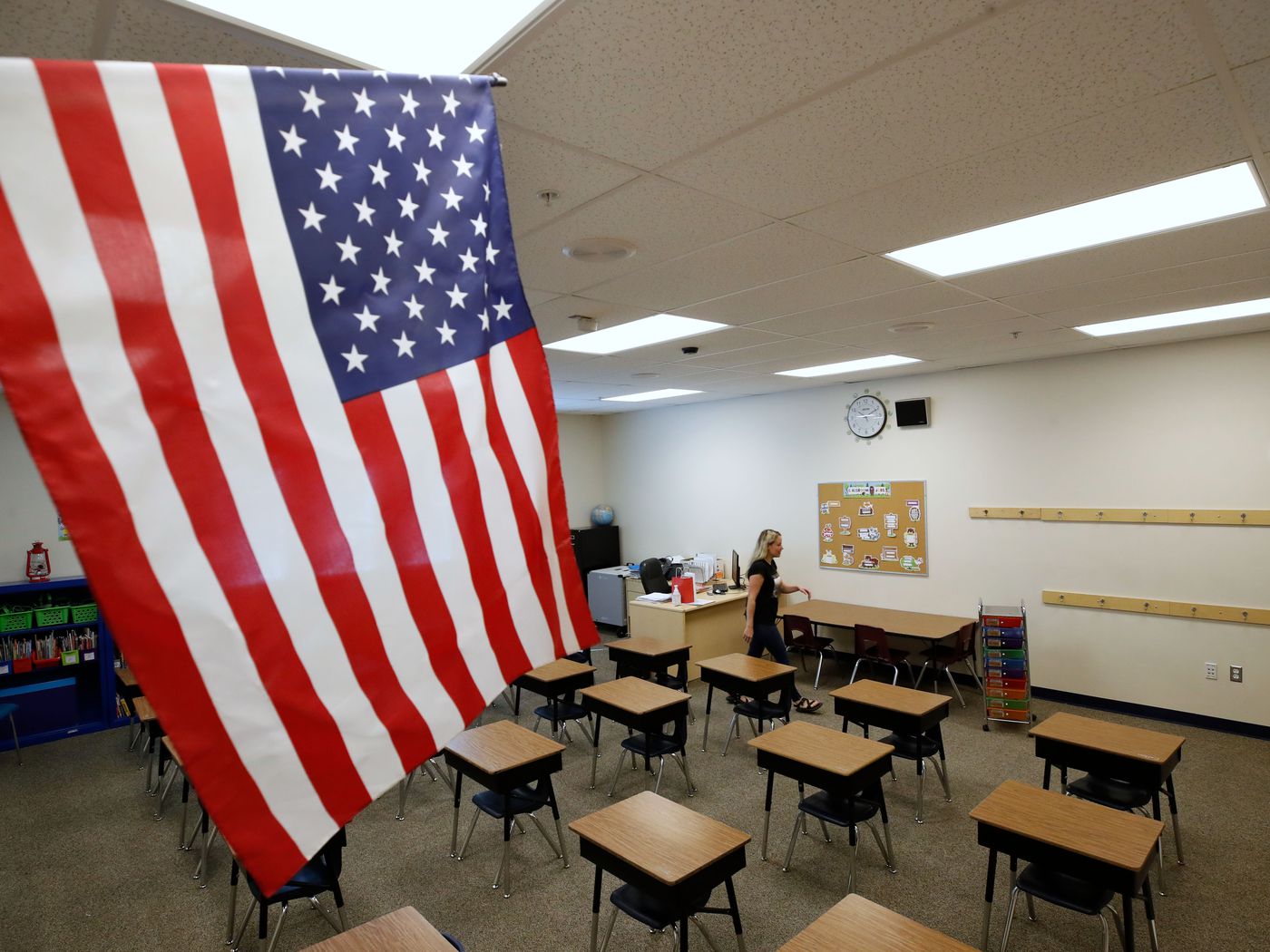 Public ed and the Pledge

What began as a legislative discussion on educating Montana students about the U.S. Constitution and Pledge of Allegiance pivoted Monday afternoon into a debate over prayer in public schools.

The debate arose during a hearing in the Senate Education and Cultural Resources Committee on House Bill 543. The measure, carried by Rep. Bob Phalen, R-Glendive, would require schools to instruct students in grades 3 through 12 about the U.S. Constitution, and alter state law to mandate that students in all grades recite the Pledge of Allegiance daily, followed by a moment of silence. Recitation is currently required only weekly in grades 7-12.

In introducing HB 543, Phalen framed the changes as a patriotic obligation.

“We owe it to each generation to teach in our public schools what it means to be an American citizen,” Phalen said.

The sentiment was echoed by supporters of HB 543 Monday, including several veterans and military organizations. Gary White, representing the American Legion of Montana, testified that the Constitution is the “bedrock of our Republic,” and that if students do not learn about that document, “we’re going to have problems.” Superintendent of Public Instruction Elsie Arntzen said the bill would complement her ongoing efforts to improve civics education in partnership with the American Legion. Cascade County Sheriff Jesse Slaughter, speaking for himself, told lawmakers that he’s become concerned about a nationwide erosion of constitutional values — so much so that he designated a deputy to teach the Constitution in rural schools this year as part of a new school resource program.

“We’re really passionate about this, we feel this is a very, very important program,” Slaughter said. “But I did notice that it wasn’t being taught to the level it should be taught in the schools.”

HB 543 landed in the committee following its initial course through the House, which passed it on a party-line vote March 2. Though it survived transmittal, the bill generated strong opposition during earlier deliberations. The Montana Public Education Center, a coalition of key education stakeholders, testified that understanding what the U.S. Constitution does and does not say is likely more important today than ever before. However, the group reiterated that social studies standards are set by the Montana Board of Public Education, and that there is no evidence of existing deficiencies when it comes to instruction about citizenship, government and voting.

Some opponents took considerable issue with the message that HB 543 sends to Montana’s tribal communities. One witness, Laurie Little Dog, informed the House Education Committee that while it’s good for students to learn the power of pledging allegiance to a flag, what the U.S. flag represents to Native Americans is “continued genocide.” She disagreed with “upping the ante” by requiring daily recitation of the pledge across all public schools. Rep. Jonathan Windy Boy, D-Box Elder, took that point further on the House floor.

“Everybody in here, we’re created equal in the eyes of the Creator, no matter where we come from,” Windy Boy said, before pointing toward the flags in the House chamber. “But if we’re truly going to sit here and do something, we should have an Eagle Staff up there. We should be able to be given the opportunity as Natives to sing that Honor Song, that flag song, to honor that. We should be given the opportunity to incorporate the real histories of what happened in the United States and the state of Montana, from our point of view. But that’s not going to happen.”

On Monday, HB 543 hit another wrinkle. Phalen told lawmakers that an amendment proposed by Rep. Scot Kerns, R-Great Falls, would change the moment of silence following the Pledge of Allegiance to a “moment of silent prayer.” Sen. Dan Salomon, R-Ronan, the committee’s chair, later raised several questions about whether the wording would raise legal issues. Arntzen declined to speculate about potential litigation, but noted that some districts in the state do observe a moment of silence after recitation of the pledge.

Lance Melton, executive director of the Montana School Boards Association, weighed in at Salomon’s request, stating that the bill’s original language regarding a “moment of silence” was probably OK, as it does not convey a religious purpose. But, he continued, the amendment would likely run afoul of a U.S. Supreme Court ruling that such endorsements violate the U.S. Constitution’s Establishment Clause.

Phalen defended not only the inclusion of silent prayer in HB 543 but his broader belief in the need for such observances in Montana’s education system.

“Not everybody’s going to pray, and they’re not going to be praying out loud because it says a moment of silence,” Phalen said. “I just think it’s time to get God back in school in some form or fashion.”

This article was originally posted on Public ed and the Pledge