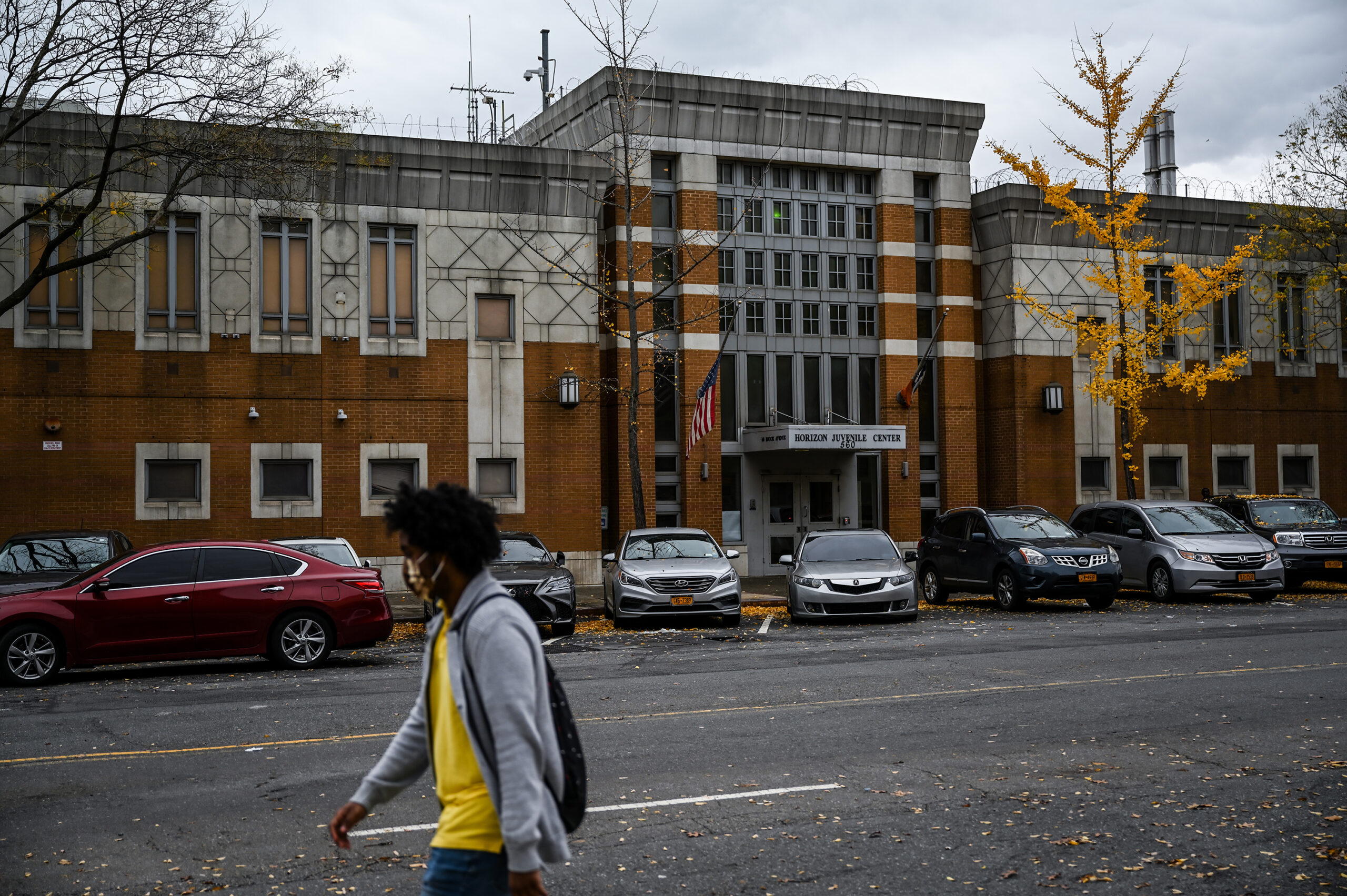 The $1.2 million extension, to a total of $6.8 million, comes as staffing numbers continue to dive at the city’s two “secure detention” lockups for kids, Horizon in The Bronx and Crossroads in Brooklyn, forcing remaining workers into 12-hour shifts and overtime while dealing with potentially dangerous conflicts.

As of late February, only 362 “youth development specialists” — taking the  place of former Department of Correction guards — were actively working at the facilities. That’s down from over 400 in October — and a mere fraction of the 850 specialists the city once said it needed to run the city’s two most secure detention centers for minors.

Currently, 197 staff members are out on various types of leave. Their union, SSEU Local 371, is expecting a decision soon on its lawsuit to end long 12-hour shifts with overtime, implemented during the pandemic.

Both lockups have been rocked by what some have called a “crisis within a crisis,” a volatile mix of overstretched staff along with outbursts of violence from both detained youth and guards meant to protect them.

According to a spokesperson from the Administration for Children’s Services, which runs the juvenile lockups, its latest extension of the KPMG contract will fund four consultants looking to tackle work sidelined by the pandemic, including staff retention, technology and facility renovations.

The consulting work grew out of the Raise the Age law, a groundbreaking reform passed in 2017 that ended New York’s status as one of two states that still automatically prosecuted 16- and 17-year-olds as adults.

As teens were transitioned from Rikers Island and other Department of Correction-run facilities to ACS-managed sites, staffing and logistics problems needed to be solved.

KPMG’s tasks in 2018 included goals such as the development of a hiring process for 700-plus youth development specialists — part guard, part social worker — according to the contract obtained by THE CITY.

ACS’ newly installed commissioner at the time was David Hansell, who’d spent the previous five years working for KPMG as a managing director, according to his LinkedIn profile.

When joining the agency, he recused himself from dealings with the firm, the New York Times reported.

As THE CITY reported in October, both staff and outside advocates working with youth at Crossroads and Horizon have long called for workforce and structure changes, but jail violence at Rikers Island has attracted city leaders’ focus away from problems at the smaller facilities.

Still, the distress calls have not escaped the attention of Mayor Eric Adams, who often mentions a night he claims to have spent in the now-closed Spofford juvenile detention facility in The Bronx.

Adams visited Horizon for a listening session with workers following a January incident in which teens there allegedly held three staff members hostage with makeshift weapons.

At the time, union Vice President Darek Robinson told THE CITY that staff were “gravely concerned about their safety, the safety of everyone in the building,” and called for help for his exhausted workers in managing an aging and ballooning youth population.

“One of the major issues is the older residents who are 17, 18, 19, 20,” said Robinson, who mentioned that even 9 p.m. bedtimes don’t align with the needs of teens and young adults who are languishing at the center as their legal cases slowly move through the court system.

But Robinson also called for additional ways to punish older youth who act out. His suggestions include tweaking Raise the Age to send repeat young adult offenders to Rikers, allowing for extended in-room confinement, and giving rotating housing assignments so teens don’t “get comfortable” with their hallmates.

Advocates who work with young people in the system, like Tasneem Yoosufali of the nonprofit Youth Justice Network, disagree.

“We need to actually talk to the young people and hear from them,” said Yoosufali, a mitigation specialist who works with young detainees at both Crossroads and Horizon.

“We’re seeing a lot of cases where if a young person gets arrested, they’re given very little help and programming.”

Yoosufali recalled speaking with a teen who said that places like Horizon didn’t give him an outlet to healthily express anger or frustration, and staff there were less likely to use de-escalation techniques than social workers in foster care and the Family Court system. That lead to a build up of tension.

“I think what his point was is that he needed more care and more intention, not just sort of disappearing everyone to Rikers, where the problem would only get worse,” said Yoosufali. “There’s no way for any improvement to happen in a bad environment.”

Meanwhile the pandemic has given incarcerated youth fewer opportunities to move from the halls they live in or meet with loved ones on the outside.

New COVID-related protocols, like quarantines and isolations, compounded with the staffing crisis, has made it extremely difficult for staff to move incarcerated youngsters languishing at the facilities to get social programming or schooling, or to meet in person with advocates like Yoosufali, she said.

“I don’t blame them for being so burned out to have that mindset. But I think more care, or creativity is needed,” Yoosufali said, adding: “I really truly believe that if we had advocates, mentors, going into the facilities every day there would be a really different outcome.”

In January, Adams urged state lawmakers to roll back  Raise the Age  to keep older teens alleged to be involved in gun violence in adult court. A City Hall spokesperson this month said they are weighing options.

“Mayor Adams supports Raise the Age and the delivery of long-overdue criminal justice reform for our young people,” said Fabien Levy, spokesperson for the Mayor’s Office, in an email to THE CITY. Levy also called the safety of youth and staff one of the mayor’s “top priorities.”

“We are conducting a careful analysis of how we can continue to do both,” he said.

Yoosufali said that a “regression” on Raise the Age will not bring safety to children or staff.

“I think there needs to be more of a focus on really dealing with these challenges, and these road bumps on the way to finding a solution, because they will continue to come up,” she said.

This article was originally posted on ‘Raise the Age’ Youth Jail Consultants Get $1.2M Extension as Situation Worsened