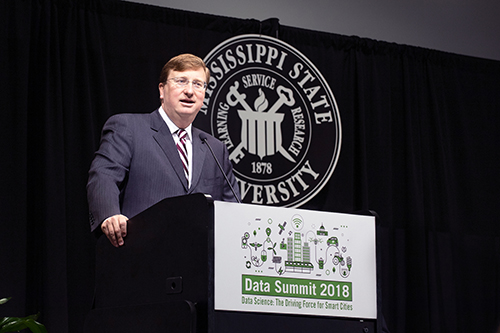 Gov. Tate Reeves on Thursday said he expects an increase in the state’s vaccine allotment starting next week and set a goal to administer 100,000 doses a week during the month of February.

After the state had received about 37,000 first doses a week the last few weeks, the governor said on Thursday he expects that weekly number to increase to 43,000 first doses starting the week of Feb. 1. He explained there was a decline in doses administered this week — about 27,000 doses have been administered this week as of Thursday — after the state “caught up” with its available supply. Reeves said he expects “another significant rise” in shots in arms next week.

The Mississippi State Department of Health reports more than 200,000 Mississippians, or about 7% of the state’s population, have received their first dose of the vaccine. The state health department on Thursday announced that individuals can now schedule their second shot immediately after receiving the first one.

“For all intents and purposes, we have caught up,” Reeves said. “We have put virtually every first dose in an arm or in an appointment that we have received.”

From Jan. 17 through Jan. 23, the state reported over 62,000 shots administered, so far the most Mississippi has seen in a week. While Reeves said he hopes to see that number reach 100,000 by next month, he added that it will depend on an increase in federal allotments. If that allotment increases from 43,000 to 50,000, ideally Mississippi will be able to see 50,000 first doses and 50,000 second doses each administered per week, he explained.

This article was initially published at Mississipi Today