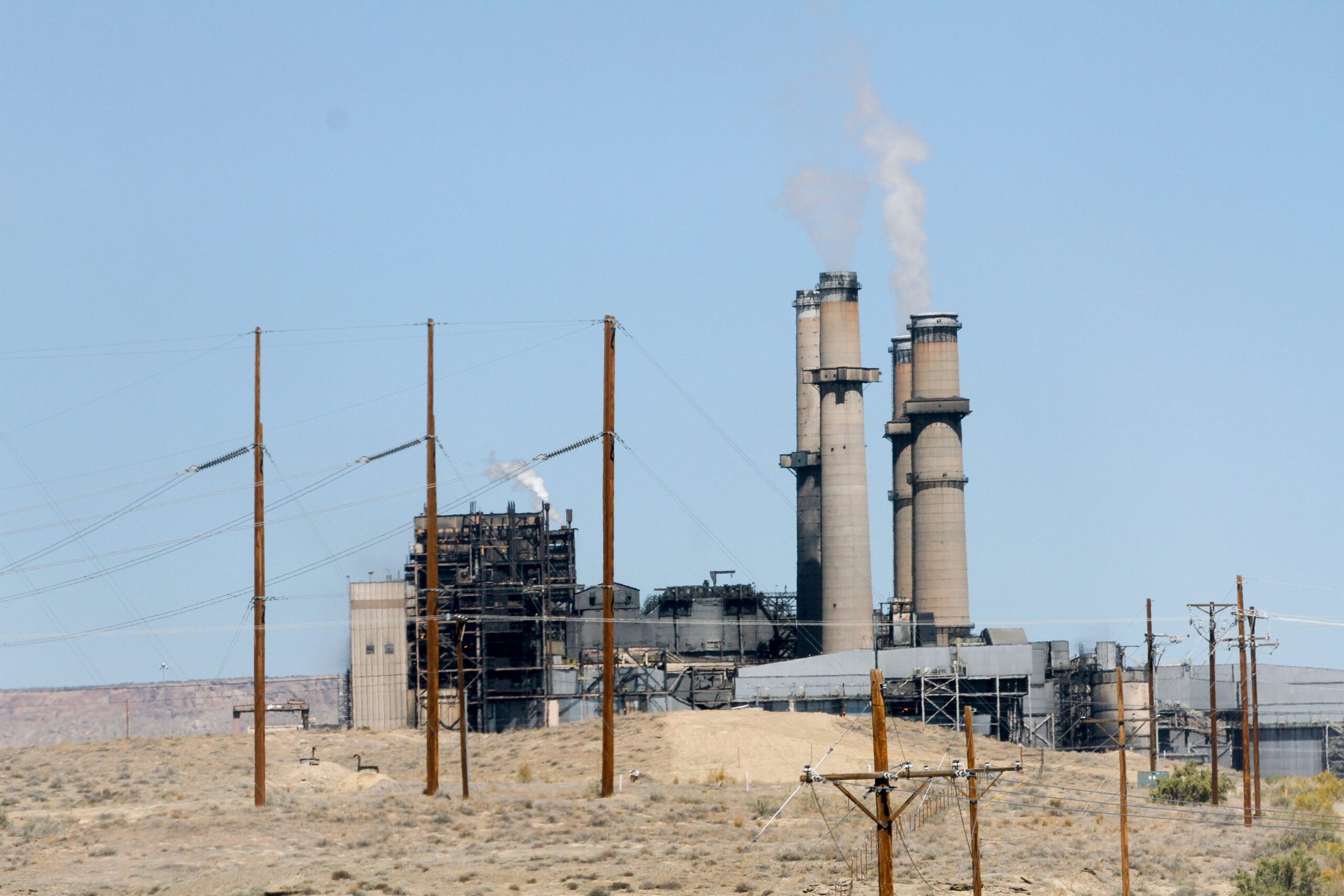 Despite opposition from the San Juan Generating Station’s majority owner, a new ordinance in San Juan County will require the power plant to be demolished once it is permanently closed.

The San Juan County Commission unanimously passed an ordinance requiring the demolition and remediation of the coal-fired power plants upon closure following comments from various plant owners during the commission meeting on Tuesday. This comes after the Public Service Company of New Mexico proposed retiring the plant in place, which means the structure would remain standing until a later date.

While there are two coal-fired power plants in San Juan County, this ordinance only affects the San Juan Generating Station. The Four Corners Power Plant is located on Navajo Nation land within San Juan County. Navajo Nation requires coal-fired power plants to be demolished and the sites to be remediated upon closure, as happened when the Navajo Generating Station near Page, Arizona, closed in 2019.

San Juan County Attorney Joe Sawyer said the ordinance, known as Ordinance 121, is based on Montana’s law that requires the owner of coal-fired power plants to submit a plan for remediation and decommissioning to the Montana Department of Environmental Quality within 90 days of the plant’s closure.

San Juan County Commission Chairman John Beckstead said, in his opinion, the point of the ordinance is to “try to do the environmentally responsible thing for our county and our citizens. There’s been other industries in the past where things were left and there’s eyesores in the county and, frankly, I don’t want that on my shoulders.”

The ordinance also only applies if the power plant is permanently closed. The City of Farmington, a partial owner of the plant, is working to take ownership of the generating station in 2022 and transfer the majority of it to Enchant Energy. Enchant Energy hopes to retrofit the facility with carbon capture technology and keep it operating as a source of low-emissions electricity. If that is successful, the plant may have a temporary closure. The ordinance further references this plan and requires a written notice to be filed with the county within 15 days if the ownership is transferred.

PNM spokesman Raymond Sandoval said in an email that the utility “did not have an opportunity to work with the County on a viable option due to the pace at which the ordinance was introduced.”

“We truly understand where the commission is coming from,” Jaramillo said.

Sandoval said that PNM’s written comments explained that the ordinance’s language is “confusing and ambiguous.”

The ordinance was amended prior to final adoption to clarify some of the language that PNM highlighted in its written comments. However, while Jaramillo said PNM appreciates the changes that were made, he said that the ordinance still has ambiguous language and conflicts with some of the various contracts that have been in place for numerous years.

But the language was not the only reason that PNM opposed the ordinance. Sandoval said the owners of the San Juan Generating Station are working on another decommissioning study to understand all the options for the site. Jaramillo said this is the third decommissioning study.

Sandoval said the utility would have preferred if San Juan County had waited for that study to be completed so that the commission would have had more information prior to passing an ordinance requiring the demolition of the facility.

“Furthermore, the ordinance could potentially raise PNM customers’ bills significantly and closes the door on future economic development opportunities at the site,” he said.

During the meeting, Jaramillo said that PNM is in discussions about possible uses of the infrastructure after the plant’s closure in 2022, however he said he was not at liberty to discuss those options due to contractual issues.

While PNM expressed some concerns about the ordinance, representatives from MSR Public Power Agency and Los Alamos County who attended the meeting in person on Tuesday urged the commission to adopt it. MSR is a California-based utility that formerly owned a portion of the power plant. Meanwhile, Los Alamos County is one of the current owners of a share of unit four of the generating station.

Their support of the demolition immediately following closure is consistent with testimony they have filed in the Avangrid and PNM merger case that is pending before the New Mexico Public Regulation Commission.

Hopper said MSR wants to see the site remediated, demolished and put to a new use for economic development in the county.

Further, Hopper said delaying the demolition of the plant to a future date could mean that utility customers who never benefited from the electricity produced at San Juan Generating Station are forced to pay for the clean up and demolition of the site. And, he said, the electric utility industry is rapidly changing and companies that are currently financially stable could be in a very different situation in a few decades.

“Because we are a small utility and industry’s changing so fast moving toward renewables and other things, we at the county would like to see the plant fully demolished so that we could also meet our obligations and move into the future,” he said. “We feel that having a huge obligation remaining out there for many years to come if it were to remain standing would probably prevent us, or change some of the investments that we might make as a small utility.”