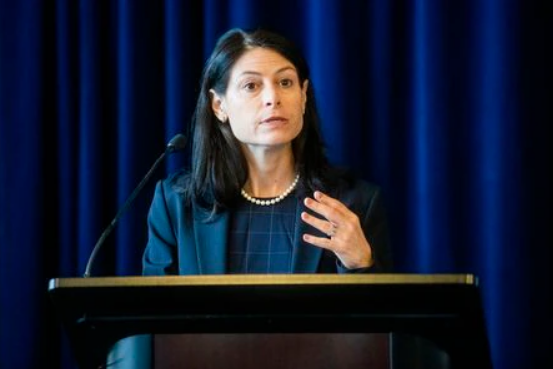 Citing the “grave threat posed by Enbridge’s unlawful operation of its pipelines in the Straits of Mackinac,” 28 entities filed friend of the court briefs in support of Michigan Attorney General Dana Nessel’s motion to remand in State of Michigan, et al v Enbridge Energy, et al.

At issue is Nessel seeking to enforce the Michigan Department of Natural Resources Director Dan Eichinger and Gov. Gretchen Whitmer’s revocation and termination of Enbridge’s 1953 easement to operate its Line 5 pipelines beneath the Straits of Mackinac.

Enbridge filed a motion in U.S. District Court for the Western District of Michigan, claiming the state of Michigan has no jurisdiction in the matter. Enbridge’s Notice of Removal asserts only the federal Pipeline and Hazardous Materials and Safety Administration retains regulatory authority over the Line 5 operation.

The attorney general filed a motion last month seeking to keep the lawsuit filed against Enbridge in state court. This motion prompted the filing of the friends of the court briefs supporting Nessel’s efforts.

Those filing briefs in support of the state’s motion to remand include a coalition of attorneys general from California, Delaware, the District of Columbia, Illinois, Maryland, Massachusetts, Minnesota, New Jersey, New Mexico, New York, Pennsylvania, Rhode Island, Virginia, Washington and Wisconsin; along with the governors of Kentucky and Louisiana.

In the meantime, Enbridge is continuing the permitting process for a proposed $500 million tunnel beneath the Straits in which the company plans to house the pipelines in the future.

In a statement emailed to The Center Square, Enbridge briefly responded to the friends of the court briefs filed in support of the attorney general’s motion.

“This case clearly belongs in federal court as the attempt to shut down Line 5 interferes with federal regulation of pipeline safety and burdens interstate and foreign commerce. Enbridge is confident in its position that the issues raised involve federal law that should be heard by the federal court,” the statement said.

“Consistent with the direction of the U.S. District Court, the State of Michigan and Enbridge have agreed to meet in mediation sessions. The selection of a mediator is a positive step forward towards developing a potential global resolution to the pending Line 5 litigation.”