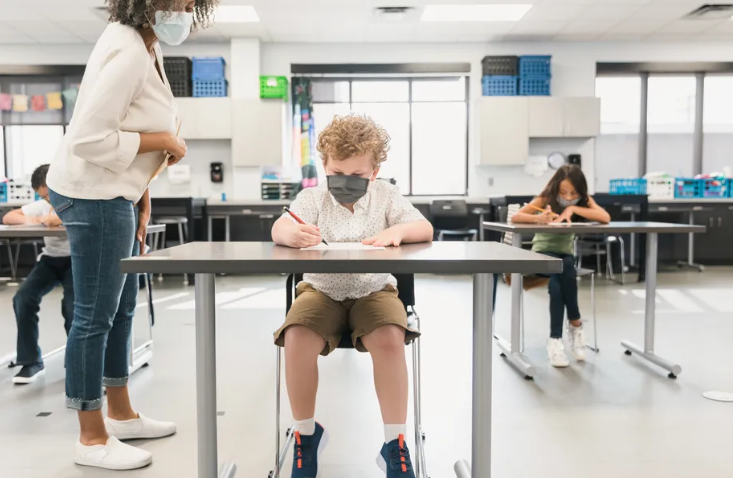 Amid the controversy over whether students should take state tests this year, New York City’s education department is taking a bold step: Families must sign up to take grades 3-8 exams, officials said Tuesday.

For the English exams, families have until April 15 to let their schools know they would like to take the test. The deadline is April 29 for math exams and is May 28 for grades 4 and 8 science tests. New York City children whose families don’t opt in to take the exams won’t be signed up. Neither the students nor their schools will be penalized for not participating, officials said.

Schools are expected to offer the English tests between April 19-29, and math from May 3-14. They are administering grades 4 and 8 science exams between June 7-11. (This year, schools have that entire window of time to offer the exams.)

The change is a major break from the past, and is an acknowledgement of the struggles during this year of disrupted learning, where the majority of students in the nation’s largest district are learning exclusively from home.

The state tests, which are federally required, are typically offered to all students by default — unless their parents opt them out. Schools are held accountable for the results, and if they have fewer than 95% of children taking the exams, they risk being labeled as a “struggling” school.

But the pandemic has upended testing this year.

The federal government is still requiring the exams be offered, arguing that there must be some way to measure student performance and understand where there are learning gaps. At the same time, the Biden administration has allowed broad flexibility in how to conduct the tests. Schools will not be held accountable for test results or participation rates, and states have a much longer window to offer them.

The New York State Education Department pushed for exams to be canceled altogether, but the federal government has yet to respond to the state’s waiver request. In the meantime, the state has taken full advantage of the federal guidance for flexibility: tests will be shortened, and fully remote students will not be required to take them, which will only be offered in-person.

Even if the city hadn’t made the move for in-person students to opt in, the vast majority of children still would not have been required to take the exams. Roughly 70% of children are learning remotely full time, and under state guidance would not be required to sit for the exams, unless they asked their schools to administer the tests.

Experts have warned that it will be tough to make any reasonable interpretations about this year’s tests since more parents are likely to opt out of exams this year compared to the past.

This article was originally posted on State tests for grades 3-8 are optional this year, NYC education officials say