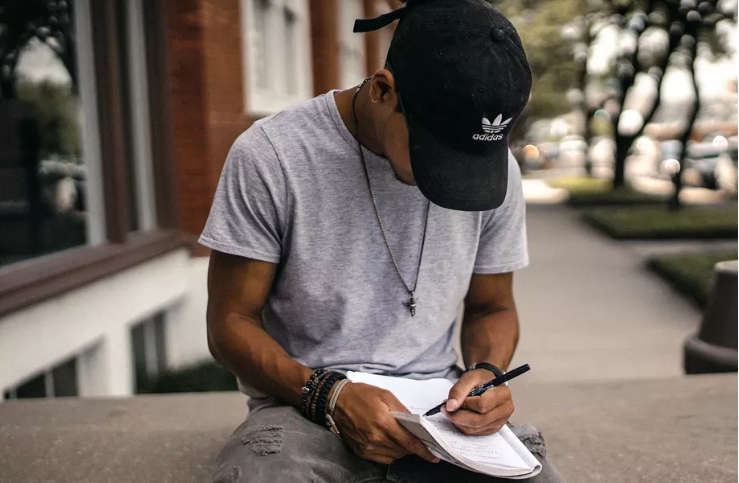 Twice a week this fall, the 15-year-old Queens freshman masked up and took virtual classes on her laptop while sitting in a classroom with about six of her peers at Brooklyn’s Academy of Innovative Technology.

Still, Jannatul had almost no complaints.

She liked having direct access to teachers or students when she needed help. She liked not being disrupted mid-lesson by her mom asking for assistance with cleaning and cooking. She wasn’t tempted to nap between live sessions instead of completing assignments, as she does sometimes on her remote days at home.

She even made a friend during outdoor gym class.

Jannatul and tens of thousands of other high school students who had opted for at least some in-person learning have now been remote full-time for the past three months. Unlike their middle school counterparts, who are expected to return to classrooms starting Thursday, high schoolers have no return date and many feel lonely, anxious, and unmotivated. Even students who chose full-time remote learning — representing the majority of high schoolers — are struggling. The education department declined to share the number of high school students who have opted for hybrid learning, though in the fall the teachers union estimated that 60% of them chose to learn remotely full-time.

Students who spoke with Chalkbeat reported keeping cameras turned off most of the time, having off-kilter sleep schedules, and feeling disconnected, whether they’re freshmen starting new schools, or seniors, who missed out on college campus visits and won’t have a typical graduating year. Teachers and community organizations that partner with schools are trying different ways to keep teens engaged. They’re creating student-led podcasts, virtual after-school cooking classes, and texting teens to check in on them.

Shortly after November’s citywide school building closure, the mayor reopened elementary schools and programs for students with the most complex disabilities, citing that they were struggling most with remote learning. He increased in-school coronavirus testing from monthly to weekly and said he needed time to expand the COVID-19 testing program before this week’s middle school reopening. The mayor has yet to announce a plan for reopening high schools though promised a timeline in the “next few weeks” — saying again that the city needs to increase testing capacity. On Wednesday, high school principals received a survey they must fill out by March 3 to show the city how many students they can offer in-school instruction to five days a week. (Middle schools received a similar survey on Jan. 30, three and a half weeks before those buildings are set to reopen.)

“Our main focus continues to be making sure we have every safety precaution in place,” Miranda Barbot, spokesperson for the education department, said in a statement, “and [we] will increase testing capacity and situation room staffing as needed.”

When work piles up

Even before going fully remote, Jannatul’s grades suffered in nearly all of her classes. She said she felt overwhelmed as assignments “kept piling up.” Thanks to concerned teachers, who reached out and pressed her to stay engaged, she has largely caught up; now she’s just behind in a couple of classes. She still feels isolated and depressed on some days, but having a teacher to talk to “was actually helpful because I feel like there is someone who cares about me and someone who’s there to motivate me when I’m not doing well,” she said.

Jannatul is not alone in her struggle, said Kyle Pierre, one of her teachers.

Before winter break, 81% of his school’s ninth graders were missing work, Pierre recalled. Last spring, after school buildings were first closed, more than one in five high school students across the city received at least one “course in progress” grade, the demarcation used in place of “failing.” This school year, one of Pierre’s students, who had been attending in person, dropped off completely, despite numerous attempts to reach him.

Pierre, who teaches computer science, has found that bigger projects are too overwhelming for many students right now, so he’s assigning smaller and more “digestible” work. He also checks in occasionally with his students through discussion prompts or by touching base via text or email.  But he’s struggled particularly with freshmen.

“The transition from middle school to high school is rough on a regular day,” Pierre said, noting that current freshman ended middle school while fully remote. “I can’t imagine what it’s like for them during a pandemic.”

Hailey Hebert, a freshman at Brooklyn’s Leaders High School, chose hybrid learning in the fall because her mother wanted her to become acquainted with her new teachers and peers. Hailey soured a bit on her schedule of mostly logging on to remote lessons while on campus and the logistical quirks of being in the building. For example, teachers on her floor would have to text each other if a student wanted to use the bathroom to ensure no one else was in there. But Hailey felt happier being out of the house and around “different people.”

Though full-time remote learning has been going well for her academically, she becomes frustrated when most of the people in a 50-person class keep their cameras off, making it tough to get acquainted. She’s unsure she wants to return to the building if campuses reopen this year because she doesn’t want to mentally prepare for another “first day of school,” as she’s still nervous about contracting the virus.

The trade-off, she said, is isolation.

“I can’t go anywhere, I can’t see friends, I can’t do anything,” she said. “I feel lonely because I can only talk to people through my phone, but I’m already using technology every single day.”

Last year was Nicole Granillo’s first year at John Bowne High School in Flushing, and when school buildings across the city shuttered last March, it was the start of a new semester with new faces in her classes. Like Hailey, Nicole felt like she didn’t know anyone, a feeling that has persisted.

Nicole, 16, opted to learn exclusively from her family’s apartment in Elmhurst, Queens — once considered the city’s epicenter of the pandemic — for her sophomore year rather than travel to Bowne, where she feared she might get sick.

“All of our lives, we’ve basically been going to school Monday through Friday, waking up, getting ready, heading out. Now you’re just at your house all day, every day,” Nicole said.

“Before if I talked to people I could just talk. Now, I feel like I don’t know how to start a conversation.”

One bright spot for Nicole has been the online cooking group she joins weekly, run through a partnership with the nonprofit Commonpoint Queens, which works with several schools in the borough. The program at Bowne also offers yoga, meditation, dance, and other groups, plus help with college and career readiness, counseling and academic support. Organizers this year are trying to create a virtual space where teens keep their cameras on and have the space to socialize in non-stressful ways.

Academically, Nicole feels like she’s learning a lot and that the teachers “don’t waste a day.” When she occasionally has trouble staying on top of her assignments, her teachers have allowed her to hand things in late, when needed. She tries to keep track of the time she goes to bed, but sometimes she’s still watching television at 2 a.m.

Time management is also a struggle for many teens, said Elizabeth McArdle, a clinical social worker who is the senior director for Commonpoint Queens’ high school and college success division. The organization is doing a test run at one of its programs to help students stay on top of coursework. Their staffers can access students’ academic progress to see when assignments are piling up, and support the teens with time management and goal-setting.

“It’s not the intensity of the assignments. It’s the quantity. They get behind, and the assignments are mounting,” she said. “We’re seeing students that typically get A’s and B’s, who are now ‘65 students.’ They didn’t lose their knowledge.”

The challenge of keeping teens caught up is compounded by the anxiety, depression, and other mental health needs. And many students are caring for younger siblings, helping parents whose native language is not English, and are dealing with job and food insecurity, she said.

“We see the symptoms of depression, the lack of motivation, withdrawal, not wanting to engage with friends and family. Their sleep cycles are completely out of whack,” McArdle said. “They’re staying up all night watching TV or online. They feel like they’re not working toward anything.”

Clementina Sarpong, a senior learning exclusively from home, felt despondent at the start of the year. She had wanted to return in person after barely leaving her home since March, but decided against it when she discovered that much of her learning would involve logging onto remote lessons from the classroom. As vice-president of DeWitt Clinton High School’s student government, the 17-year-old spent part of her summer planning for virtual and in-person activities for students in the fall. But as reopening details were in constant flux, their plans for a spirit week and other events faltered. It became more difficult to consult with teachers or administrators, who were busy with reopening planning. She and her fellow student government members lost the drive to plan anything, she said.

But she got some of her spark back in the fall when she discovered that her Spanish teacher had started a podcast to create an activity for students as many other extracurriculars disappeared. Despite a “mentally draining” year, Clementina never misses a Friday podcast gathering.

The program, called Governor’s Radio (a nod to the school’s mascot, the Governors), has provided a space for students to discuss adjusting to remote learning, mental health, and less serious subjects, like homecoming. Sometimes in their weekly gatherings they talk without even hitting “record.”

“It’s like the end of your week so you’re able to vent out whatever you are feeling and whatever happened this past week,” said Clementina, who has a packed schedule of school, college scholarship applications, and virtual enrichment activities.

Christian Aviles, the teacher who dreamed up the podcast, has been trying to ease the burden on his students. He’s taken out late-assignment penalties and tries to avoid creating a rigid class structure, allowing students to go on tangents for a few minutes if it feels right — sort of like the podcast.

“The main thing is kids showing up and just feeling like you are going to listen to them,” Aviles said.

This article was originally posted on Still at home, NYC high schoolers struggle to manage their time and fight isolation