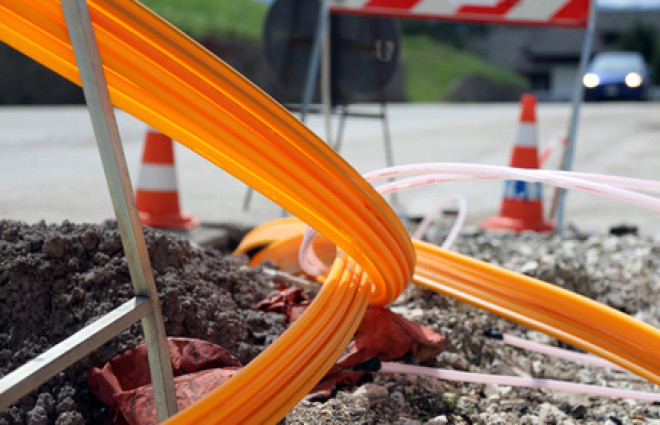 Details of the proposal are scarce, and likely subject to negotiations as lawmakers hammer out funding and policy specifics in the coming days. However, the pitch by the administration of Gov. Greg Gianforte signals that boosting access to high-speed internet is likely to be a major emphasis for policymakers as they work out how to spend the nearly $3 billion dollars coming to Montana under the American Rescue Plan Act signed into law by President Joe Biden.

Gianforte and other Republicans have criticized the $1.9 trillion stimulus package, which passed U.S. Congress without GOP support, as a wasteful spending measure that will drive up the national debt and potentially overheat the nation’s economy.

Even so, Gianforte’s administration and the GOP-controlled Montana Legislature have enthusiastically rolled up their sleeves to plan for spending the money the state will receive, scrambling to beat a procedural deadline that requires them to pass the first draft of a bill allocating the state stimulus money through the state House by April 1.

Appearing before a legislative fiscal committee Wednesday, Osterman told lawmakers that Montana is ranked 50th in the nation for broadband access. That situation, he said, poses a threat to the state’s ability to grow its economy and create jobs.

Osterman also said that connectivity is an issue not just in isolated stretches of rural Montana, but also in portions of counties with major urban centers. He presented lawmakers with data, for example, indicating 13,400 people in Gallatin County, around Bozeman, and 21,778 people in Flathead County, around Kalispell, don’t have access to adequate broadband coverage.

That data, from Broadband Now, also indicates that 15 of Montana’s 56 counties have broadband coverage for less than half of their population, including some relatively populous counties like Lincoln County, around Libby, where less than a quarter of 20,000 residents are considered covered.

“If we look at where we are, we’re underserving our businesses in our largest areas as well,” Osterman said. “It’s not just the remote rural connectivity that we’re talking about. It’s the central growth engine of who we are and what we are as a state.”

That effort would be managed by the state commerce department and hire about 35 employees — a head count of roughly one worker per $10 million of the $350 million sum. In addition to spending the stimulus money in an effort to promote broadband investment by private providers, that group would be charged with precisely identifying the state’s existing coverage gaps and coordinating work with other broadband promotion programs, such as existing Federal Communications Commission and United States Department of Agriculture programs.

Jennie Stapp, a Montana State Library staffer who serves as the state’s current broadband coordinator, told lawmakers Wednesday that part of the challenge around the high-speed internet access issue is that it involves a patchwork of policy needs, technical issues and funding channels. States that have been successful with broadband promotion, she added, generally have a specific place in state government that’s clearly responsible for sorting all that into a coherent strategy.

“This is one of the driving reasons why the state of Montana is falling short — because we don’t have that kind of coordinated approach,” Stapp said.

The commerce department proposal calls for providing universal internet connectivity with 100-megabit-per-second download and upload speeds to Montana citizens and businesses by 2025, as well as laying the groundwork for technology able to provide service that’s 10- or 100-times faster, at 1- or 10-gigabits-per-second.

“If we look ahead at the way technology is, 2030 is not that far away, and 10 gigabits is going to be sort of the minimal acceptable performance,” Osterman said.

However, he cautioned that the effort will come with a hefty price tag. He estimates it would cost the state roughly $700 million — twice his $350 million request — to bring Montana service up to the 1-gigabit standard.

For comparison, Montana spends about $110 million a year running its state court system.

In its current form, that bill calls for the creation of a state broadband program that would offer grants to internet service providers proposing projects in areas without at least 25 megabits-per-second download speeds and 3-megabit-per-second upload speeds. Providers wouldn’t be able to double-dip with federal subsidies and would have to cover at least 20% of their costs from private capital. Government entities and private entities without previous experience providing broadband would be ineligible.

Ellsworth, a Republican, has also sponsored a separate measure, Senate Bill 51, that would give telecommunications companies a property tax break on newly installed fiber optic lines if they reinvest the savings in further broadband development. A similar bill passed the Legislature but was vetoed by Democratic Gov. Steve Bullock in 2019. Gianforte supports this year’s bill, which has passed the Senate and is moving through the House.

Democrats have also pitched a series of broadband measures with mixed legislative success. Butte Rep. Derek Harvey’s House Bill 494, which would require the state highway department to coordinate with telecom companies about installing broadband during highway projects, passed the House with near-unanimous support and is set for a Senate committee hearing this week. A measure by Rep. Kelly Kortum of Bozeman, which would have let local governments operate broadband providers, was killed in a vote on the House floor earlier this month.

Two other Democratic measures would create a broadband coordinator position within the commerce department and use $200 million in federal stimulus money to set up a revolving loan fund for broadband projects.

House Democrats communications director Nathan Stein said Wednesday that he believed Republicans had integrated ideas from the Democratic bills, which were announced at a Feb. 3 press conference, into GOP legislation.

“I think we clearly framed the conversation around broadband,” Stein said. “This is what we were going for from the jump.”