Please ensure Javascript is enabled for purposes of website accessibility Students in grades six to nine can return to Philadelphia schools in May; seniors to get outdoor graduations - THE CHICAGO HERALD Press "Enter" to skip to content

Home » Students in grades six to nine can return to Philadelphia schools in May; seniors to get outdoor graduations 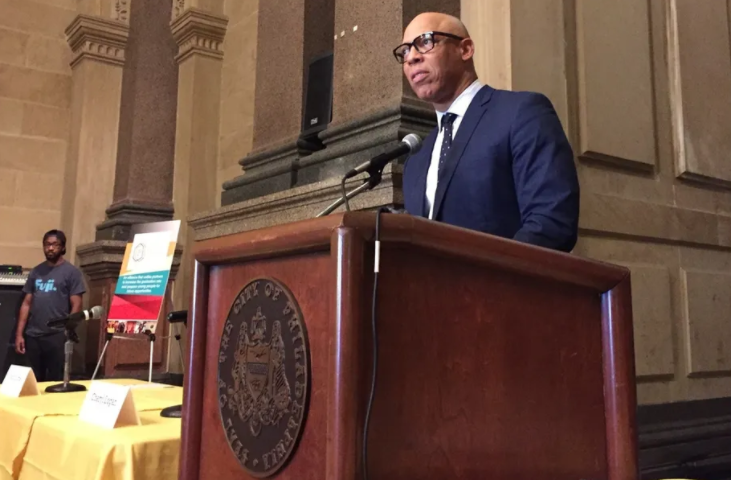 Students in grades six to nine can return to Philadelphia schools in May; seniors to get outdoor graduations

Philadelphia students in grades six through nine can return to some in-person learning this year, the school district announced Monday, unveiling the third and last phase of its hybrid learning plan for the 2020-21 school year.

Students who opt in can return on May 10 for two days a week. With the last day of the school year on June 11, that means just 10 days of in-person school spread over five weeks.

Students in grades 10-12 will not return to school buildings at all this year, except for those with complex needs. But the district will allow outdoor graduation ceremonies for seniors and said that it will pay for all caps and gowns. Those who have already bought them will be reimbursed.

“We are excited to offer more students the opportunity to engage in-person learning and other activities that will allow for them to safely connect with their school communities,” said Superintendent William Hite in announcing the plan.

Families of eligible students will have between April 20 and April 27 to decide whether to return to school buildings. With this final phase, all school district personnel not already back in buildings will return on April 26, unless they have an approved accommodation or leave.

Under the district’s hybrid plan, half the students who elect in-person learning attend on Monday and Tuesday, and the other half on Thursday and Friday, with Wednesday all-virtual.

In addition to schools being able to prepare for outdoor graduations, Hite said that schools can also schedule “move-up day” ceremonies, which mark significant transitions, such as middle school to high school. Those and any other traditional end-of-year ceremonies will be permitted, “as long as they are held outdoors and strictly follow safety guidelines provided by the Philadelphia Department of Health, including universal mask wearing, self-screening of attendees prior to the event and social distancing.”

The district has announced that it will conduct standardized testing this spring. The federal government has required districts to administer the tests, although it has removed any high-stakes consequences and mandated participation rates. The tests must be conducted in person.

Parents have expressed concerns about using limited in-person learning days for testing. But Hite has said districts must make a good faith effort to administer the tests in order to remain eligible for federal funding. The U.S. Department of Education has taken the position that the tests, however limited, will still provide valuable information on how students have been impacted by the year of virtual learning.

Hite pointed out at his press briefing last week that parents and students will be able to opt out of the tests.

This article was originally posted on Students in grades six to nine can return to Philadelphia schools in May; seniors to get outdoor graduations