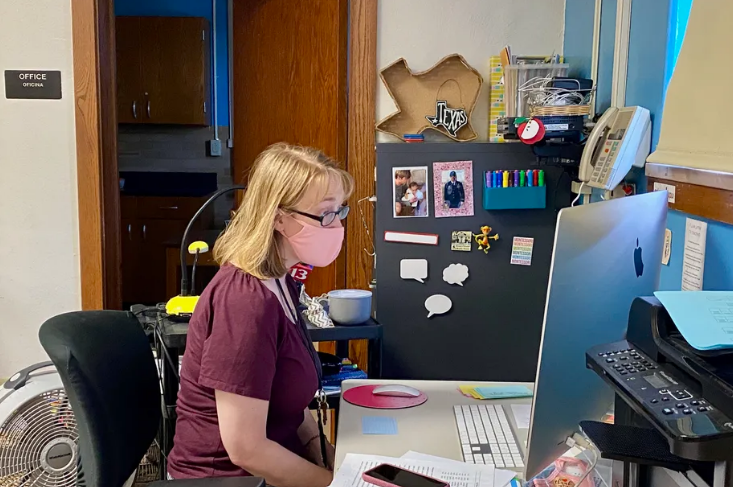 Despite Tennessee’s attempts to ease pressure on teachers during the pandemic, legislators created an unintended obstacle for out-of-state teachers when they invalidated their evaluation scores in 2020.

The bill, which the House and Senate passed and Gov. Bill Lee is expected to sign, allows the state to accept the most recent teacher evaluation score if for some reason one of the two years doesn’t count. If there aren’t evaluation scores for either of those years, the superintendent can recommend that the teacher receive a license.

The new bill saves teachers who recently moved to the state hours of studying and hundreds of dollars for licensure exams. It also simplifies the state’s licensure requirements, which lawmakers hope will encourage more teachers to move to Tennessee.

The flurry of state laws passed last spring gave the State Board of Education lots of flexibility to adjust rules on issues such as student grades and teacher evaluations as COVID-19 kept schools closed.

But the law “did not allow any leeway’’ on how to license teachers who came from out of state, a state board spokeswoman said.

Legislators and superintendents from across the state told the association that the hurdles for out-of-state teachers have been deterring them from coming to Tennessee for years. And those obstacles will have more dire consequences in coming years, as the number of teacher vacancies grow. In 2017, the Tennessee Department of Education expected half of its 65,000 teachers to leave or retire within the decade. Plus, fewer people want to be teachers.

Without the new bill, some teachers may leave the profession or the state rather than deal with the bureaucracy, said Ben Torres, the assistant executive director and lawyer for the school boards association.

“They were performing well, but through no fault of their own, an evaluation score wasn’t provided last year,” he said. “And because of how the law was written, they were not able to take advantage of the exception.”

Some teachers like Tahna White, who moved from Illinois to Tennessee, have already spent hundreds of dollars and several hours trying to work out their license issues.

Because state lawmakers promised that teachers would not be harmed by evaluations last year as the pandemic began, White assumed her license wouldn’t be affected.

But Shelby County Schools officials notified her in mid-February that because last year’s evaluation score did not count, she would need to take at least one licensure exam, which would cost more than $200 for registration and study materials. She then would need to spend hours studying — all while transitioning from all-virtual instruction to having some students back in the classroom.

“I am not being held harmless,” said White, now a kindergarten teacher at Lowrance K-8 School in Memphis. “This is being used against me. Not on purpose but lack of foresight.”

White has already spent hours emailing local and state administrators, her school board representative, a local teacher association, and others looking for advice to resolve the issue. She’s also already spent nearly $700 to keep her Illinois teacher license updated just in case that would be required to get her Tennessee license.

“This is not really the time I need to be worried about this,” White said. “It was quite overwhelming.”