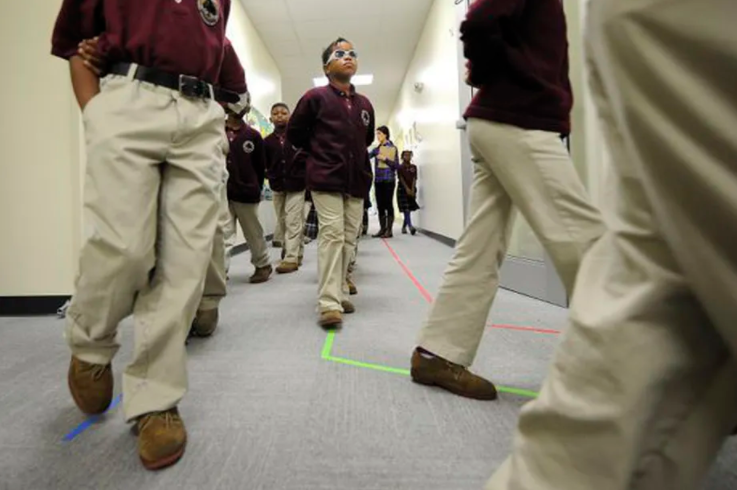 A bill that would let for-profit companies manage Tennessee charter schools has stalled in the legislature as numerous groups lined up to oppose the proposed change.

The proposal, which last week cleared the Senate Education Committee, was pulled Tuesday during a House committee meeting when the sponsor realized he did not have enough votes for passage.

“I feel like this is a piece of legislation that we need further discussion on,” said the sponsor, Rep. David Hawk, after members of the Education Instruction Subcommittee heard testimony for and against the bill.

The decision keeps intact a 2002 state law that allows only nonprofit organizations to manage charter schools in Tennessee. And it turns back another effort to open the door to for-profit operators — this one backed by National Heritage Academies, one of the nation’s largest for-profit charter providers.

Elizabeth Fiveash, chief policy officer for the charter center, said the entry of for-profit companies could weaken Tennessee’s charter sector, which now stands at 115 schools, most of which are in Memphis and Nashville.

“We have seen firsthand in other states that have opened the door to for-profit charters some of the challenges that they have faced, particularly with a lack of transparency around financial data … and decisions being made around profit motives and not necessarily what’s in the best interest of students,” she testified, citing concerns about lower-qualified teachers and higher ratios of students to teachers.

National research shows nonprofit charters perform slightly better than those operated by for-profit companies, though the difference is small.

Hawk, a Republican from Greeneville, argued Tennessee needs to update its charter law to allow those schools to “hire the best and highest-performing operator they can find, with tax status no longer being a determining factor.”

Michigan-based National Heritage Academies operates 96 charter schools for 60,000-plus students in nine states and has a mixed academic record.

Megan DeKracker, its director of new school development, testified her company reinvests its profits to open and manage new schools.

Under questioning from Rep. Sam McKenzie, a Knoxville Democrat, she acknowledged that National Heritage Academies does not readily provide documentation of those details.

“NHA is a privately held company,” she said, “so all those financial records are privately held, and I’m not sure we could provide exactly what you’re looking for.”

Charters are publicly funded schools that operate independent of the local district and with flexibility aimed at innovation. About 12% of the nation’s 7,400 U.S. charter schools have for-profit operators, and the rest are nonprofits. All charter schools are free to attend, though some may charge fees for certain activities.

This article was originally posted on Tennessee says no to for-profit charter schools, again