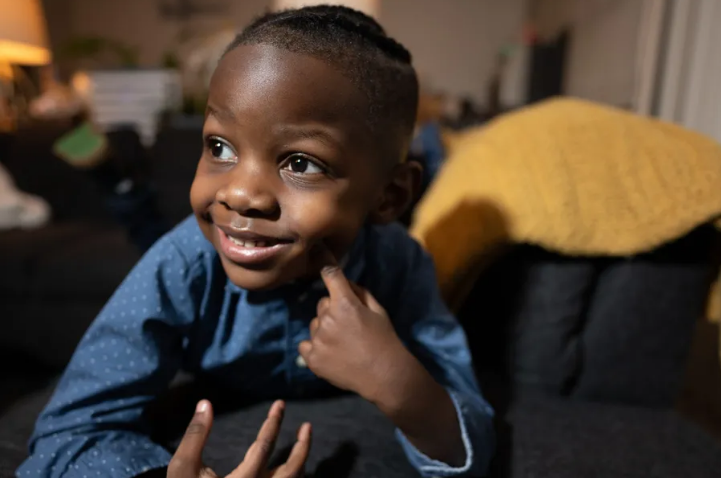 When a West Side preschooler was banned by his school from wearing his hair in braids, his mother resolved to take a stand against the school’s hair policy.

Though the school, Providence St. Mel, has not backed down, the family’s fight to wear their Black hair with pride has inspired a state bill that would bar schools from discriminating against students based on their hairstyle.

The bill drafted by Sen. Mike Simmons (7th) with the Illinois State Board of Education would require schools to remove any language from their policies and handbooks that prohibits students from wearing Black hairstyles. The bill was overwhelmingly approved by the state Senate last week and will now move to the House.

High-profile incidents of schools and workplaces cracking down on Black hairstyles — including one in North Carolina last week where a softball player was forced to cut her hair during a game — have pushed more states to pass laws to ban hair discrimination. California, New York and New Jersey were the first states to adopt versions of the CROWN Act — Create a Respectful and Open Workplace for Natural Hair — and several other states have adopted or considered similar measures.

But parent Ida Nelson said it is “shameful” the Illinois legislators acted faster to address a hair policy rooted in white supremacy and respectability politics than a school founded and led by Black people.

“I’m very disappointed it has taken this long. Their inaction is speaking volumes about how they really feel about this issue,” Nelson said. “No child should have to experience discrimination based on something that is part of their bodies — something God blessed them with that makes them uniquely beautiful.”

‘A Larger Culture Of Anti-Blackness’

Nelson’s 4-year-old Son, Jett, asked her in March to get his hair braided. The preschooler was excited to show off his hair to his teacher and classmates, and Nelson was thrilled her son was embracing his Black heritage and “developing his own positive and happy self-image,” she said.

But Nelson got a call later that day from administrators who told her the hairstyle was banned.

The school’s policy is damaging to students’ mental health and self-esteem, Nelson said, and it encourages young people to hate their bodies and their culture by singling out traditional hairstyles worn by Black people for centuries.

The ban pressures students to conform to white beauty standards and reinforces racist stereotypes about people with natural Black hair that leads people to “automatically assume they are troublemakers, in a gang, up to no good,” Nelson said.

Simmons, who proudly wears his hair in free-form locs, wrote the bill outlawing hair discrimination in schools within a week of hearing Nelson’s issues with the hair policy at Providence St. Mel School. When he was younger, Simmons often heard offhanded comments from authority figures about his hair that made him second-guess himself, he said.

“I don’t want the next generation of young people to have to be traumatized like this and feel like there’s something wrong with something that’s God-given,” Simmons said.

Many non-discrimination laws put the onus on individuals to report violations and file complaints before any action is taken, which often makes them ineffective, Simmons said. But the hair discrimination legislation is designed to “put the burden on the system” rather than on individuals. If passed, the Illinois State Board of Education would proactively review school handbooks for language that violates the rule, Simmons said.

The hair policy at Providence St. Mel will be reviewed after the end of the current school year, Principal Timothy Ervin said.

“It’s not about disrespecting people or discriminating against people,” Ervin said.

The ban on certain Black hairstyles was created by school’ founder Paul Adams in the early 1970s. The rule was designed to ensure students are successful, Adams said. Providence St. Mel is known for sending 100 percent of graduating seniors to four-year colleges with competitive scholarships since 1978.

“It was just clearly trying to be very distinguished in the neighborhood. This is a pretty rough neighborhood. … I was just trying to make sure our students stood out in the community. It had nothing to do with discrimination,” Adams said. “I thought that was a professional look.”

But students shouldn’t have to change themselves or assimilate to be successful, Simmons said.

Adams is Black, and when he participated in the Civil Rights Movement, he kept his hair in a large afro.

The salutatorian of the class of 2001, Abdus-Salam DeVaul, also styled his hair in a large afro while attending the school. But teachers, deans and administrators often criticized his natural hair “because it doesn’t appeal to a white donor base,” he said.

“These sorts of policies undermine the African-American experience,” DeVall said. “At the crux of our education should be a student’s self-esteem in their identity.”

Keli Stewart, of the class of 1997, drew the ire of school officials for having natural hair and for wearing traditional headwraps like the Nigerian gele.

“The hair policy speaks to a larger culture of anti-Blackness,” Stewart said. “I just remember how I felt expressing my Black self that this wasn’t the space to do that in.”

If the hair discrimination ban passes the state Legislature to become law, Nelson plans to take the fight to the national stage. Black hair must be appreciated not only for its beauty, but also for the history and cultural symbolism in the hairstyles, he said.

“Our ancestors had cornrows that had maps to freedom in them. Locs are a symbol for strength. It’s like a superpower. The kinkiness of our hair is our protection,” Nelson said.