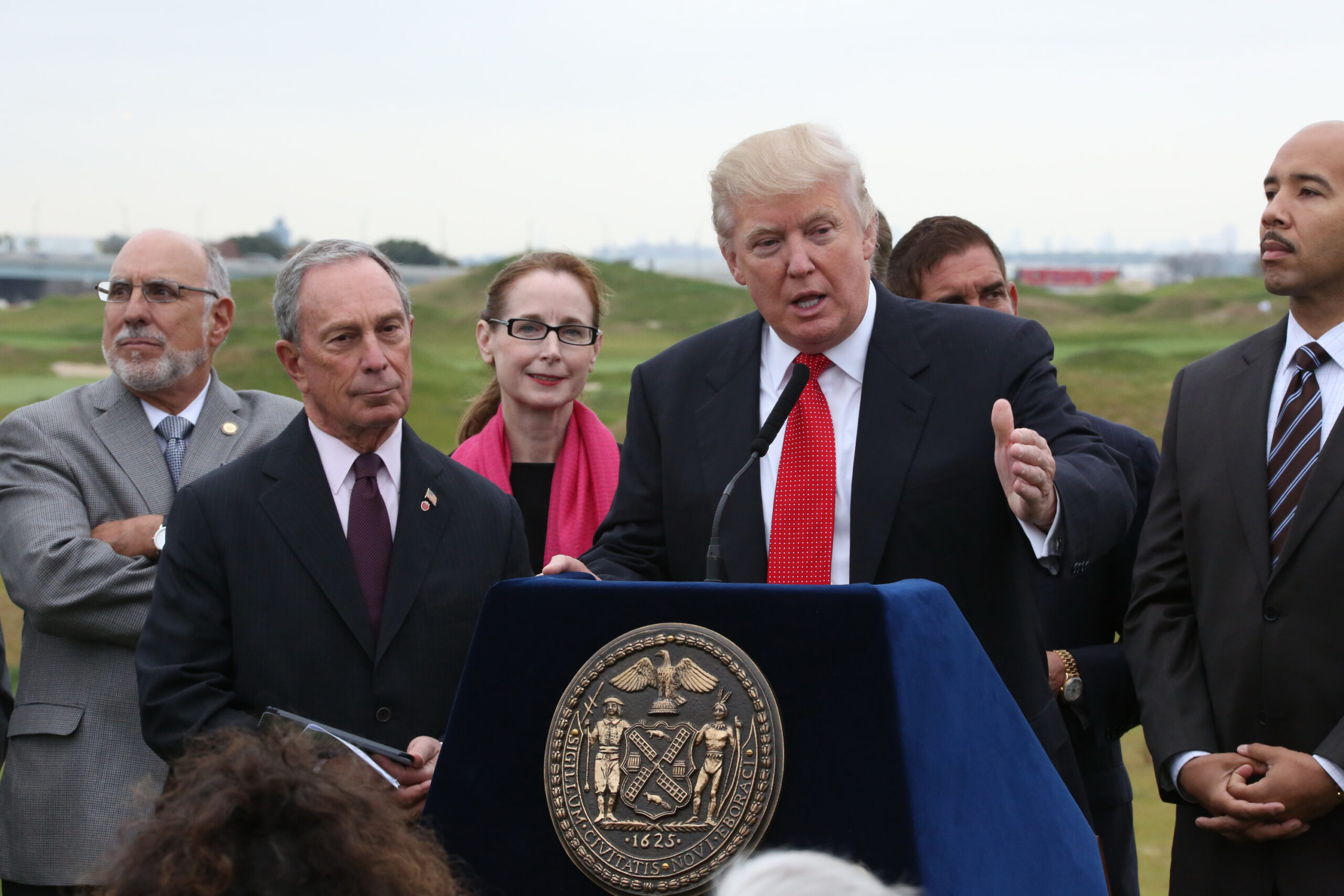 Business at The Bronx golf course run by former President Donald Trump’s company has “thrived” since the Jan. 6 insurrection, according to his lawyers, who say the links have reaped a record $8 million so far this year.

The claim came in court papers filed on Wednesday as The Trump Organization fights Mayor Bill de Blasio’s bid to oust the firm as the operator of the Trump Links at Ferry Point.

De Blasio moved in the days after the revolt at the U.S. Capitol to void all of Trump’s contracts with the city, charging the then-president incited the unprecedented attack on U.S. democracy.

But lawyers for the only president to be impeached twice called for a judge to issue a stay in the selection of a new operator for the public golf course — arguing that contrary to the city’s contentions, the Jan. 6 insurrection didn’t keep customers away.

“The city has taken the position that the events of Jan. 6 were fatal to our golf business,” Trump lawyer Ken Caruso told THE CITY. “This shows that that’s not so, because the events of Jan. 6, as I state in my court papers, have nothing to do with golf.”

The Trump Organization laid out its case as it was reported that the ex-president urged four former aides to ignore a midnight deadline on a subpoena from the House committee probing the attacks on the Capitol.

The legal maneuver also came a week after a controversial homeless operator tapped by de Blasio’s Parks Department to help take over operations at the golf course dropped out of the deal.

Trump Ferry Point “currently enjoys its strongest season ever, with substantial increases in rounds of golf played and revenue,” lawyers for the former president said in court documents, citing depositions from the golf course’s general manager.

During the same period the following year, some 22,270 rounds of golf played generated more than $7.2 million, the court papers say.

The former president’s legal team declared that the course’s “business reputation, in short, has thrived, ‘untarnished’ and unabated, after January 6.”

Spokespeople for de Blasio and for the Parks Department did not immediately respond to requests for comment.

Trump’s lawyers, who contend he’s the victim of a political vendetta by de Blasio, are suing to retain control of the Jack Nicklaus-designed 18-hole course near the Whitestone Bridge past the city’s Nov. 14 eviction date.

Last week, de Blasio said the city is “in a strong legal position — the Trump Organization is not. We believe we’re going to win that one straightforward.”

Trump’s team has said the only thing that will get it to drop its legal bid to keep control of the public course is a $30 million payout from New York City taxpayers.

THE CITY last week revealed that the Parks Department had tapped CORE Services Group, which has hundreds of millions of dollars worth of homeless shelter contracts, to take over operations with Atlanta-based Bobby Jones Links.

CORE dropped out soon after. A New York Times investigation published over the weekend found that CORE’s CEO had steered at least $32 million in government funds to related security, food and maintenance firms — and rented property to CORE, while he earned more than $1 million a year.

The New York Post subsequently reported that CORE was plagued by nepotism.

On Monday, de Blasio conceded “it doesn’t make sense” that his administration picked CORE for the job out of the 14 firms that expressed interest.

City lawyers charged that Caruso tried to intimidate one would-be operator, writing, “You proceed at your own peril.”

A Parks Department spokesperson said earlier this week that the agency “will not be intimidated by anyone during this or any other potential operator solicitation process.”