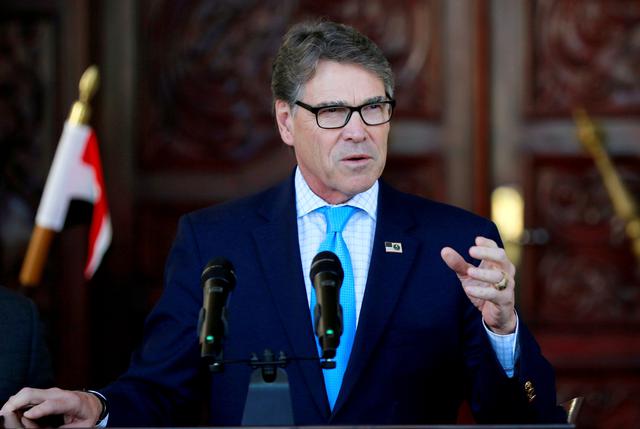 Perry, the former Texas governor, attended Ukrainian President Volodymyr Zelensky’s inauguration this year and gave him a list of people who could serve as energy advisers, which included Bleyzer, according to the AP. More than a month later, Ukraine awarded an oil and gas exploration contract to Bleyzer and his partner Alex Cranberg, the news agency reported. Perry appointed Cranberg to the UT Board of Regents shortly after the man registered to vote in Texas following a move from Colorado. Cranberg served from 2011 to 2017 and was a controversial figure on the system’s governing board.

The Texas Tribune thanks its sponsors. Become one.

An Energy Department official said Perry did not plan to comply with the subpoena, The Washington Post reported. Perry last month also told Trump he will resign from his cabinet position by the end of this year.

Bleyzer told the AP that the deal with the Ukrainian government was competitive and transparent. He denied that Perry helped his firm secure the contract.

“I believe that Secretary Perry’s conversations with Ukrainian government officials, if they in fact took place, did not play any role in Ukrainian Energy winning its bid,” Bleyzer said in a statement to the AP.

An Energy Department spokeswoman told the news agency that Perry has lobbied for American industry across the globe, but did not “advocate for the business interests of any one individual or company.”

“Aspect neither sought, nor to our knowledge received, special intervention on its behalf,” Aspect lawyer Amy Flakne told the news agency.

The AP report comes days after another former Perry appointee to the UT Board of Regents admitted to coordinating illegal campaign contributions in 2017. James Dannenbaum, a prolific Republican donor who served on the UT governing body beginning in 2007, resigned from his engineering company last week after he was charged with recruiting employees to donate to congressional candidates then reimbursing them with corporate funds. Such “conduit” donations are a felony.