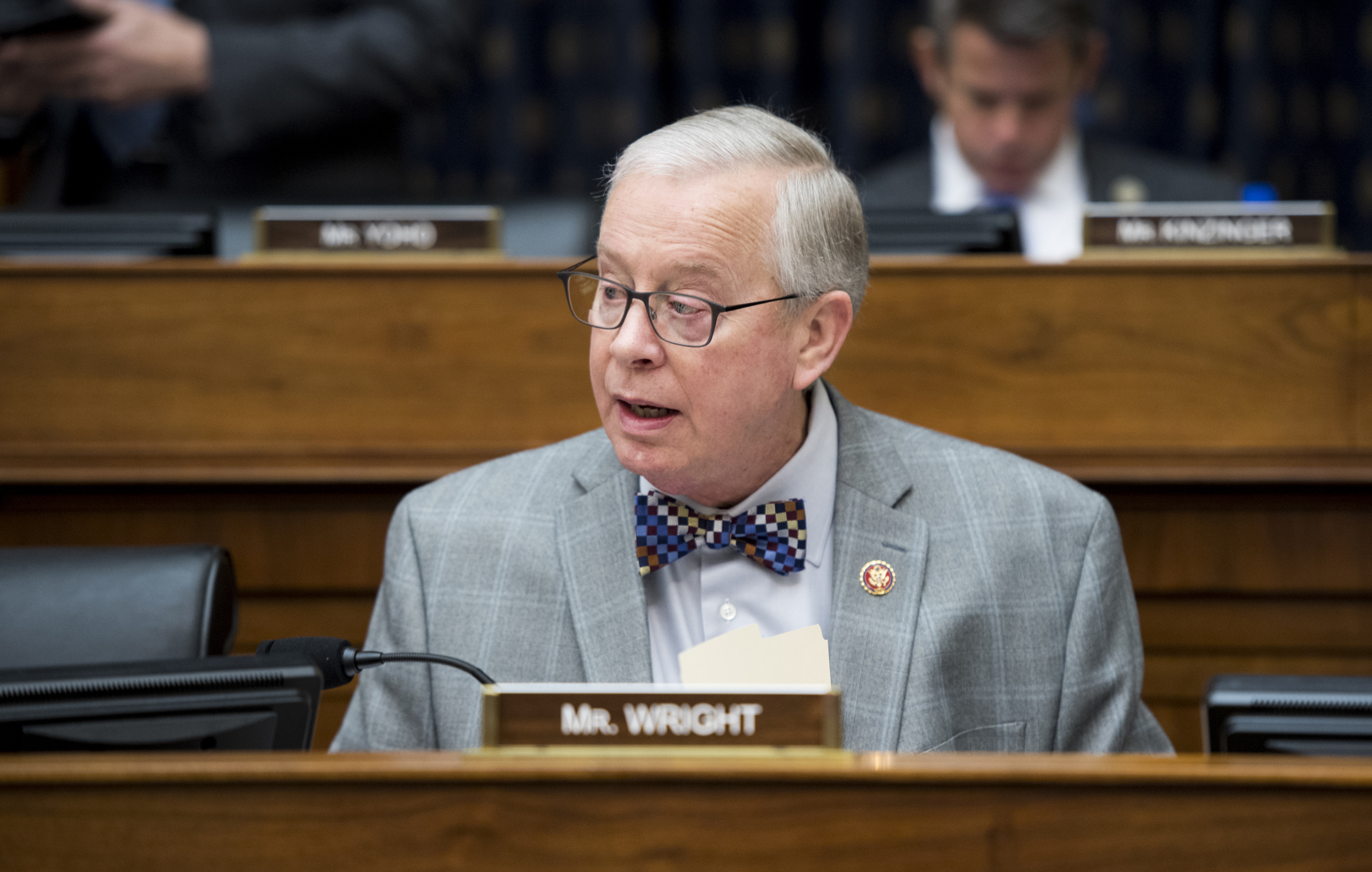 “U.S. Rep. Ron Wright dies weeks after testing positive for coronavirus” was first published by The Texas Tribune, a nonprofit, nonpartisan media organization that informs Texans — and engages with them — about public policy, politics, government and statewide issues.

Sign up for The Brief, our daily newsletter that keeps readers up to speed on the most essential Texas news.

His campaign staff announced the news Monday. Wright had lived for years with cancer and was diagnosed with COVID-19 in January. He was 67.

“His wife Susan was by his side and he is now in the presence of their Lord and Savior,” the statement said. “Over the past few years, Congressman Wright had kept a rigorous work schedule on the floor of the U.S. House of Representatives and at home in Texas’ Congressional District 6 while being treated for cancer. For the previous two weeks, Ron and Susan had been admitted to Baylor Hospital in Dallas after contracting COVID-19.”

Wright was diagnosed with lung cancer in late 2018, per the Fort Worth Star-Telegram. He was previously hospitalized in mid-September.

He was in his second term in the U.S. House, but he was no stranger to Congress or local politics. A fan of bow ties, Wright was a fixture in the Tarrant County political scene. In the late 1990s, Wright was a columnist for the Star-Telegram. In 2000, he shifted to the political arena to serve as former U.S. Rep. Joe Barton’s district director and as an at-large member of the Arlington City Council through 2008. From 2004-08, Wright held the post of mayor pro tempore.

From 2009-11, Wright managed Barton’s team as his chief of staff. He left Barton’s office in May of that year to become the Tarrant County tax assessor-collector.

“He will forever be known as Mr. Tarrant County, dedicating his life to his faith and serving the community he loved so dearly,” said U.S. Rep. Michael Burgess, R-Lewisville.

The 6th Congressional District encompasses Arlington and other parts of Tarrant County and stretches into the rural areas south of North Texas, including Waxahachie and Corsicana.

The district is historically Republican, but Democrats made some effort to challenge the district in the last two cycles. Even so, Wright won reelection by a 9 percentage point margin in 2020.

Gov. Greg Abbott will call a special election to fill Wright’s seat. Under state law, Abbott can schedule the election for the next uniform election date — May 1 — or earlier under certain circumstances.

In a statement, Abbott said he was deeply saddened by Wright’s death.

“Ron was a principled leader who fought to preserve Texas values and was an exemplary representative of his district,” Abbott said. “His personal strength and commitment to standing up for the unborn were unwavering. He leaves behind a tremendous legacy for future generations of Texans.”

Wright’s colleagues in both parties also mourned his death. U.S. Rep. Colin Allred, D-Dallas, described how Wright stepped up to work with him on efforts to bring a medical center for veterans to Garland.

“We had very different views on many things, but he was a man of principle and will be missed,” Allred said.

Wright is survived by his wife, Susan, their three children and nine grandchildren.

“Congressman Wright will be remembered as a constitutional conservative,” the statement from his campaign staff said. “He was a statesman, not an ideologue. Ron and Susan dedicated their lives to fighting for individual freedom, Texas values, and above all, the lives of the unborn.”

This article was originally published on