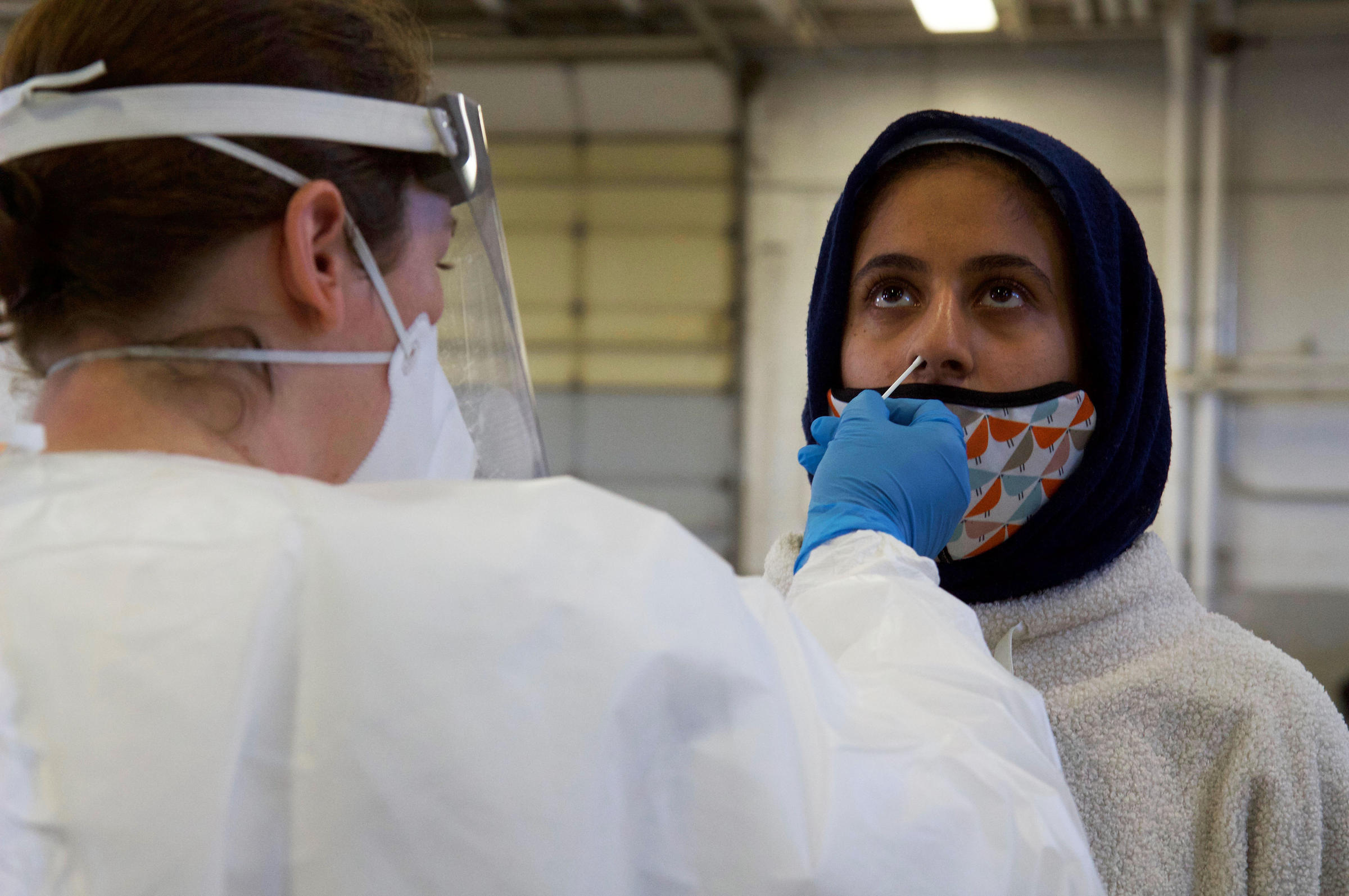 Newark students and teachers who return to classrooms next month will be tested weekly for COVID-19 through the end of the school year, officials said Tuesday.

The Newark school district will use pooled testing, where students and teachers swab their own nostrils to obtain samples that are tested in a batch. Other large districts where students are learning in person, including New York City and Chicago, conduct regular virus testing as a way to catch asymptomatic infections, but Newark appears to be the first large district in New Jersey to adopt universal testing.

The cost of the program, estimated at $2 million, will be covered by funds the Biden administration has dedicated to virus testing in schools as part of the president’s push to reopen school buildings nationwide. Along with nearly 100 other New Jersey districts, Newark school buildings have remained shuttered for more than a year.

The Newark Teachers Union has been urging the district to conduct universal testing when in-person learning resumes April 12, but district officials previously determined that it would be too expensive. Now that the program’s costs are covered, the district will have to work out the complicated logistics, which include obtaining consent for testing from the roughly 40% of district families that plan to send their children back to school.

“Weekly testing of students and staff is one more step as we build confidence in our start of an in-person hybrid instruction,” said David Scutari, executive assistant to the district superintendent, at a school board meeting Tuesday. He added, “There’s a lot of work and training of staff that needs to be done.”

The district will begin piloting the testing program next week at New Jersey Regional Day School, which serves students with disabilities and began in-person classes this month. Testing will expand to all schools in April, when at least 14,500 students are expected to return to classrooms two days a week. Other school employees will also be tested, along with students and teachers.

The testing materials, training, and lab services will be provided by Ginkgo Bioworks, a Boston-based biotechnology company.

Ginkgo provides all the training and testing materials as well as lab and data processing services. The firm’s pooled testing program, Concentric by Ginkgo, began in January and is now used by schools in more than 15 states, the company said. Public schools in Massachusetts and Baltimore have adopted the weekly testing program.

The program works by having all the students and staff members in a classroom conduct nasal swabs, which the company says even kindergarteners are able to do safely. The swaps are placed in a single tube and are tested collectively, with results available within 48 hours. If the test is positive, then the entire class will quarantine and students must get tested individually at a free city-run site, district officials said.

Regular testing can be an effective, though costly, way to limit spread of the coronavirus.

The Centers for Disease Control and Prevention say that in-school testing can reduce the risk of infections when combined with other mitigation strategies such as masking and social distancing, yet the benefits “need to be weighed against the costs, inconvenience, and feasibility.”

Unlike temperature and symptom checks, frequent testing allows schools to identify infected people without symptoms, who may account for at least half of COVID-19 infections, according to research cited by the CDC. Statistical models by the research firm Mathematica suggest that weekly testing of all students and staff members can reduce in-school infections by an estimated 50% in high schools and 35% in primary schools.

However, conducting weekly tests can be demanding. Districts must find test vendors, get regulatory approval, obtain parental consent, and develop protocols for conducting tests, reporting the results, and responding to positive cases.

Ginkgo Bioworks says its program greatly reduces the burden on schools by providing the test kids and handling their analysis.

Newark has taken a number of other steps to prepare for in-person learning. The district set up a vaccination site for teachers, purchased air purifiers for every classroom, and used high-tech equipment to disinfect every building, officials said.

“We are extremely excited to participate in Ginkgo Bioworks’ pooled COVID-19 testing for students because it will provide an added level of confidence to parents, students, staff and the community as we return to in-person instruction,” Superintendent Roger León said in a statement.