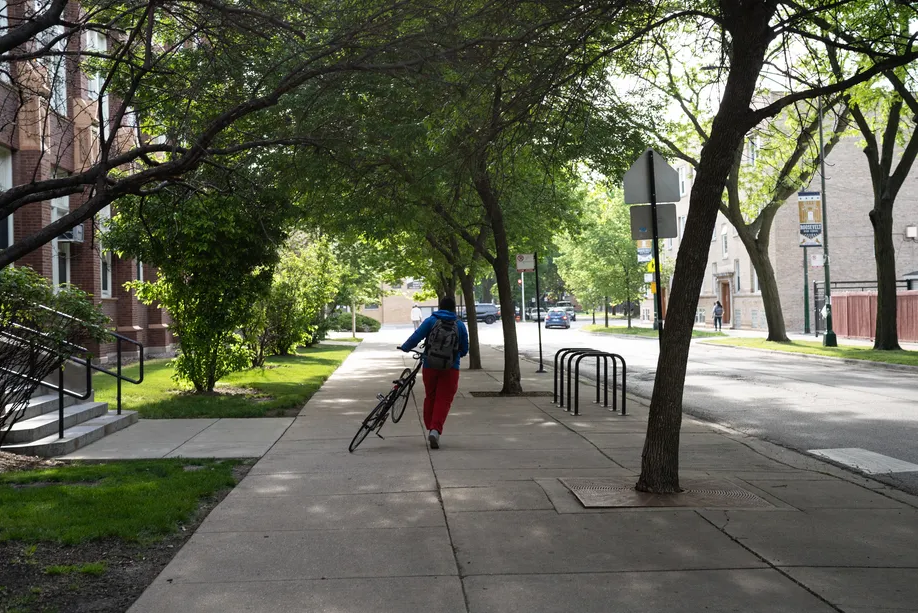 What we’re watching on the Chicago education beat in 2022

COVID safety. Efforts to recover lost reading and math skills. Bringing students back into the fold. Another unusual school year — and another arrival of an unpredictable COVID variant — continues to force district leaders, educators, and families to adapt.

Here are some of the stories we’ll be closely watching in 2022. As always, your questions, observations, and on-the-ground experiences are critical to this work. Share with us on social media or via [email protected].

The struggle to keep schools open in another COVID surge.

The COVID-19 battlefront has left educators weary as new variants present fresh challenges. In early December, as the numbers of students in quarantine rose, Chicago Public Schools introduced a small test-to-stay pilot, which offered more regimented testing with a mission to curb the number of students being quarantined. As of winter break, the pilot was confined to one school and the majority of campuses reported fewer than 10% of students opted-in for surveillance testing — a concern as the omicron variant causes a winter surge.

We’ll be watching to see how vigilantly district officials try to boost those testing sign-up rates — particularly in the neighborhoods hardest hit by COVID — and whether the test-to-stay program effectively keeps more children in school safely.

We’ll also be closely tracking the January reopening — and whether Chicago schools can stay open or will revert to remote learning under pressure from the district’s teachers. Already, some Illinois districts, such as Peoria Public Schools, have delayed their return date by a week, and multiple area universities, including DePaul and Northwestern, have opted to kick off January remotely. Chicago Public Schools says it is sticking with an in-person reopening, but a potential midweek vote from the teachers union over staying in classrooms or switching to remote could force the district’s hand.

Illinois’ chronic absenteeism rates jumped from 16.5% in 2019 to 21.2% in 2021 — and districts across the state say the problem persisted this fall. The state wants to invest more in truancy officers. School districts, meanwhile, are experimenting with such approaches as “attendance teams” that monitor attendance reports and try to flag problems early. What can districts learn from such efforts and will they pay off?

Making up for lost learning and accounting for COVID spending.

In Chicago, school district leaders are banking on a two-year, $525 million Moving Forward Together plan to address what they call “unfinished learning.” With federal COVID relief dollars, schools are rolling out a slew of academic and mental health interventions as part of that initiative, from math tutoring to extra support for struggling readers. The school board has clamored for a way to measure whether these interventions are working. Pedro Martinez, who took over as district CEO in late September, promised to report back with baseline data and more recent evidence of progress.

Meanwhile, some parents and insiders are calling for more transparent accounting of COVID stimulus money — and want to see more flexible dollars to schools. (Click here to see a school-by-school breakdown.)

With delays in bus transit still a reality for more than 1,000 students and staffing shortages acutely impacting special education programs on some campuses, the question remains what issues he will tackle first and when.

2021 came to a close in Chicago with more than 800 homicides — that tally is higher than any other year since 1996 — and violence landed on the doorstep of some city schools, adding to the burden of an already weighty pandemic recovery. In response, Chicago Public Schools is using some federal stimulus funds to step up services for student mental health.

One promising approach is an expansion of school-based “care teams” that serve as the front line response to trauma at each school. Students such as Kaitlyn Stewart, a sophomore at Englewood STEM, speak poignantly about the need — and toll of gun violence on the city’s young. “We want to be in a world full of fun, not a world where we have to watch our back everywhere we go,” Stewart said this fall at a CTU press event outside her school. “We don’t want to be in a world where we live in fear all around us.”

Connecting more children under 5 with high-quality child care and preschool.

There’s an active conversation in Illinois about how to rebuild the state’s early education system — and boost access for young children affordably without bankrupting their parents. Among recent developments are a finance commission roadmap, a new central agency to oversee services for children under 5, and legislative momentum to confront chronic workforce issues. What’s holding Illinois back, advocates say, is the fraction of funding it spends on early education compared to K-12.

2021 seemed like the year that could change, with the advent of the Build Back Better plan, which would steer an estimated $6 billion into Illinois’ early ed system. That bill is now in jeopardy but could still come before the U.S. Senate in January.

Illinois schools have received more than $7 billion from the federal government in emergency relief from COVID — and the third round of funding is very flexible in terms of how it can be spent. But that money is not a long-term fix for school districts that want to hire staff or keep programs once it runs out.

It’s budget season, and how much Illinois appropriates for its school funding formula in the upcoming months will be something to watch. The state school board has recommended an increase of $350 million (that’s the base minimum recommended by a bipartisan agreement from 2017) but many policymakers and district leaders argue the state needs to do more to make up for long-standing gaps faced by property-poor districts.

The experiences of students.

This school year, Chalkbeat is piloting a Student Voices writing fellowship in three of our bureaus: Chicago, Newark, and Philadelphia. High school students in these communities will be writing First Person essays about their lives and journeys through public school. Chicago’s first installment from Wendell Phillips High School senior Ajibola Elizabeth Junaid poignantly describes what life is like as a new arrival in Chicago’s Englewood neighborhood from Nigeria and the perils and promises of the American dream. Watch out for more from Junaid and our other fellows in 2022 as well as other stories that center the student experience.