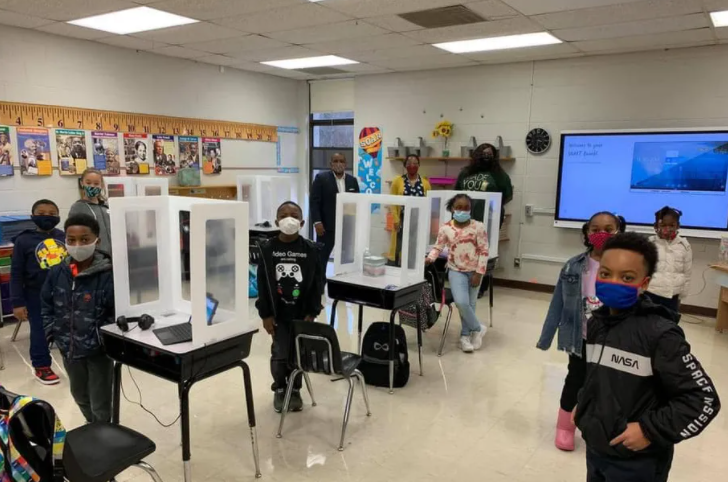 ‘Where is that money coming from?’ Memphis leaders say bill to force sale of Germantown schools would require new construction

Shelby County Schools would need to build new schools for displaced students if the state forces the district to sell three Germantown schools, which could cost between $100 million and $140 million, district officials said.

School board chairwoman Miska Clay Bibbs said Thursday she doubts the neighboring suburban system, Germantown Municipal School District, would continue to educate non-residents who live near Germantown elementary, middle, and high schools. Currently, most of the students zoned to the schools, known as the “three Gs,” live near but not in the suburb, said district officials.

A Senate committee approved a bill Wednesday in a last-minute reversal that would require Shelby County Schools to negotiate the sale within a year. The three schools, Germantown Elementary, Germantown Middle, and Germantown High, sit within the Germantown city limits but are owned and operated by the county school district.

Rep. Mark White, who chairs the House education committee, said sponsors may bring the amended bill to the House floor as early as Monday.

The bill has resurfaced old conversations, much of which had “racial undertones,” and caused disproportionate harm to students of color, Bibbs said.

“I don’t know their intent, but I know whenever you come into a community of Black and brown children trying to displace them, I can’t help but to think you’re missing the whole point,” Bibbs said.

In a letter sent to local elected officials Tuesday, Superintendent Joris Ray said: “Just as the effects of the demerger still linger, this legislation would have long-standing adverse effects on the students, families, and employees of Shelby County Schools and the entirety of Shelby County.”

The Germantown district currently has six schools and recently built an elementary school to house their growing population. Purchasing the three Gs would allow the district to grow without building more schools.

Nancy Nieves, a social worker at Germantown Middle and a parent who lives nearby, said she is concerned about teachers and students who may be displaced in a few years.

“I am concerned where my child would have to attend beyond the 2026-27 school year, especially if all of the schools nearest to our home are at capacity,” she said. “Germantown Middle and High are our zoned schools, they are excellent schools, and I’d hate to leave them.”

Shelby County Schools has thousands of empty seats even after closing schools because of declining enrollment, but the majority of the county schools near Germantown are at or near capacity.

When asked in a Senate education committee meeting on Wednesday if Germantown would continue to educate non-Germantown residents who are zoned to the three schools, Mayor Mike Palazzolo did not answer directly.

“I think that this format, this forum, is not the proper area to negotiate settlements, understandings, agreements,” he said. Germantown district officials deferred questions to the mayor on Thursday. Palazzolo was not immediately available for comment Friday.

There is also uncertainty about how much Germantown would be willing to pay for the school buildings and how much it would cost the county to replace them. In 2017, the town offered $25 million for all three schools. Bibbs suggested that $25 million would not begin to cover the costs of building new schools for the displaced students.

During community meetings in 2019 discussing the Shelby County district’s upcoming plan to build new schools, officials estimated that new construction would cost $23 million for an elementary school, $26 million for a middle school, and up to $89 million for a high school. In a letter to area elected officials, Ray said the district would need $94 million to build a new high school and $7 million more for additions to other nearby schools.

During the 2014 split, the districts agreed to allow Shelby County Schools to retain the buildings while also giving Germantown residents the option of enrolling in the schools.

“If you displace kids from all three buildings, we’re put in a bind to figure out how to educate them… Where is that money coming from?” Bibbs said. “We don’t have space. That’s why the agreement had been made.”

Camille Collins, who has spent her entire 25-year teaching career at Germantown High School, said that she hopes Germantown will allow district students to continue to attend the three Gs.

“If this is what’s best for our community to take our schools in, I would like to think they would take all of us in,” she said. “Not just the buildings, not just the names.”

Collins’ husband graduated from Germantown High School as did her three children. One of her sons is a third-year teacher at the high school. She’s worried the bill would cause unnecessary disruption to students and teachers.

“I want to protect my Germantown family,” she said. “It’s a roller coaster of emotions.”

This article was originally posted on ‘Where is that money coming from?’ Memphis leaders say bill to force sale of Germantown schools would require new construction