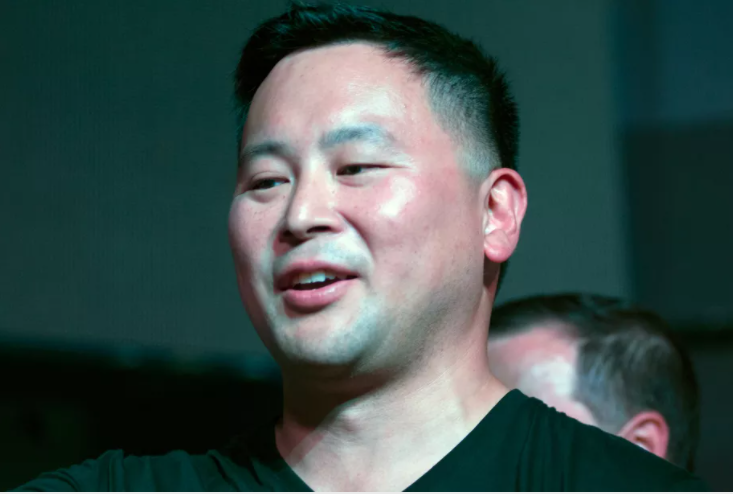 When Gov. Andrew Cuomo went on a tirade Wednesday against a critic who’d demanded a criminal investigation of his handling of nursing home fatalities during the pandemic, the name was unfamiliar to most outside politics and a corner of northeast Queens.

But Assemblymember Ron Kim (D-Queens), once little known beyond his Flushing and Murray Hill district, has rapidly emerged as the elected official who dared take on Cuomo — and reportedly suffered personal threats in return.

“The thing that really pisses me off the most is that he took away our ability to legislate by not sharing that data in real time,” Kim said of Cuomo’s withholding of information about the COVID-19 deaths of New York nursing home patients.

Those who’ve come up with him in Democratic politics say Kim — whose uncle died of COVID-19 in a nursing home last year — has made an unusual journey from party insider to barbed critic of the establishment.

And Kim, first elected eight years ago, would not disagree. It’s been a while since he’s been part of the Democratic Party “inner circle,” he told THE CITY.

“I was part of the team, part of the Democratic machine,” said Kim, 41. “I got elected with the establishment, all the institutional support, and I just fell in.”

More recently, though, he has reinvented himself as a progressive who campaigned for former presidential candidate Bernie Sanders and has embraced Socialist policies like the Green New Deal and Medicare for All.

Kim’s peers called him a changed politician, after years of jobs as an aide to the likes of former City Councilmember John Liu, Assemblymember Mark Weprin and Govs. Eliot Spitzer and David Paterson.

Assemblymember Yuh-Line Niou (D-Manhattan), who previously worked as Kim’s chief of staff, describes him as flexible and dynamic.

Kim said that his disillusionment with the party began with his wife Allison Tan’s 2017 bid to unseat Queens Councilmember Peter Koo.

“The county leaders refused to meet with her unless I was there because she was challenging an incumbent,” Kim said. “This is about control and exchanging words like loyalty, teamwork, waiting for your turn.”

It was then that he got the courage to “break away from them,” he said.

Kim described the tech giant’s proposed arrival as a wake-up call opening up “a whole progressive side to my policies,” spurring him to learn more about corporate interests and what he calls the city’s “broken economy.”

He said he began to align himself with progressive groups like the Queens DSA, and his stances took a leftward turn.

Kim endorsed and rallied for Democratic Socialist candidate Tiffany Cabán, who calls him a “ride or die” force. In addition to decrying Amazon’s Queens plans, he called for canceling student debt, advocated for the decriminalization of sex work and supported defunding the police.

Critics have questioned whether Kim’s molded his political stances to fit the changing tides in Queens after Ocasio-Cortez’s game-changing victory.

His unsuccessful 2019 run for public advocate was based on “putting people over corporations.” Ultimately, he lost the majority of Queens votes to Ozone Park Councilmember Eric Ulrich, a Republican.

Kim represents a district that remains more conservative than his ideals, but one that last November elected him resoundingly to a third term. It’s a position he feels emboldened by.

“When I was kind of waking up to these new ideas, these more progressive ideas, I was already a second-, a third-term incumbent,” Kim said. “Even though I’ve gotten more progressive, I still retain the trust and respect from my constituency.”

Friend of the Left

Some in these circles now consider him a genuine ally.

Miriam Bensman, a spokesperson and member of the Queens United Independent Progressives group, said the group opted to endorse Kim for his reelection bid last year after noticing his shift to the left.

“We know people that remember him when he was more of a regular guy, a regular pol,” Bensman said. “He had quite a few years of being an outspoken advocate for progressive causes as an Assemblyman. We saw what he was doing right then — cosponsoring the sex work bill with [Brooklyn State Sen.] Julia Salazar, the fight around the budget, the Flushing waterfront development.”

The Queens DSA has never endorsed Kim, but members acknowledge his advocacy, especially during Cabán’s campaign and the fight against Amazon.

The current cold war with Cuomo only further builds his credibility with the left, said one Queens DSA member who campaigned for Cabán.

But it was in the COVID-19 crisis that Kim finally found a cause that defined him. As the chair of the Assembly’s Committee on Aging, he began monitoring how patients were faring in nursing homes in his district and beyond, as panicked families pleaded for information.

One of those patients was his uncle, who ultimately died of the virus.

From the start, Kim railed against Cuomo and the state Department of Health for obscuring the true toll of the virus in nursing homes — first by failing to disclose any details about deaths in each nursing home and then only counting those who died on premises, not after being taken to hospitals.

“They knew this was happening and they didn’t do anything,” Kim told THE CITY in April, at the height of the spring death wave. “Heads should roll.”

Nearly a year later, Kim says it would be “missing the point” if he were to focus his energies on Cuomo, a fellow son of Queens, and “taking him down.”

‘This is unethical and I will speak out.’

Kim, joined by eight peers in the Assembly — including Niou, Zohran Mamadani and Jessica Gonzalez-Rojas — have formally called to revoke Cuomo’s emergency powers.

For Kim, it was a moment to step up into combat.

“At any other time in my life, I probably would have folded,” he said.

“But I think the combination of experiences, the support around me, the inspiration around other people I know who are courageous in the legislative body, all those things I think gave me the courage in that moment to say, ‘No, this is unethical and I will speak out because I don’t want to be implicated to your world of corruption.’”