Please ensure Javascript is enabled for purposes of website accessibility Will Gov. Tate Reeves, polling poorly after one year in office, draw a serious GOP challenger in 2023? - THE CHICAGO HERALD Press "Enter" to skip to content

Home » Will Gov. Tate Reeves, polling poorly after one year in office, draw a serious GOP challenger in 2023? 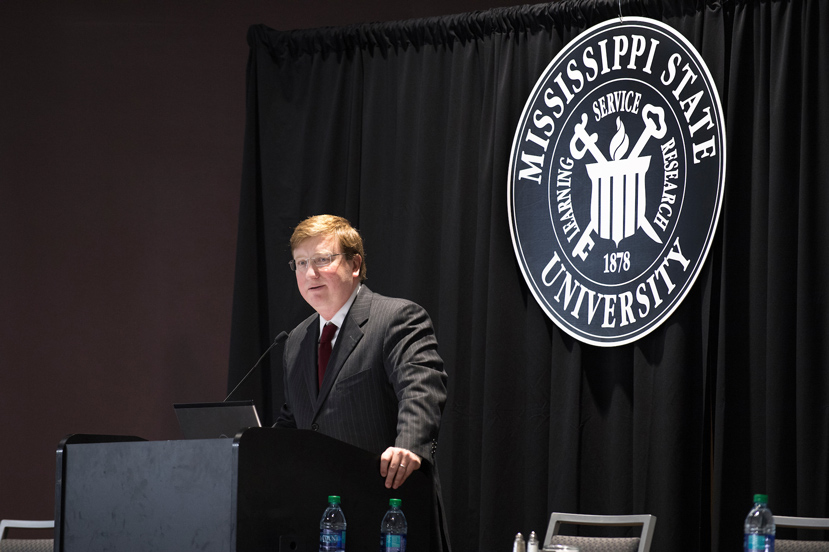 Will Gov. Tate Reeves, polling poorly after one year in office, draw a serious GOP challenger in 2023?

A recent poll showing Gov. Tate Reeves underwater with voters at his one-year mark in office had something of a political blood-in-the-water effect, prompting much discussion among politicos in recent days of potential GOP primary challengers when 2023 rolls around.

Last month’s poll reported Reeves is “hemorrhaging support among voters at the close of his first year in office,” with 34% of Mississippi voters approving of his performance and nearly 50% disapproving. This shows a sea change — his net approval declined from +28 points in June 2020 to -15 in January 2021 — mostly driven by low marks for his handling of the pandemic.

Now in politics, the saying goes that a week is a lifetime. Two and a half years? That’s like a millennium. Pandemics end. Voter attitudes change. Challengers get cold feet. And at this point, talk is cheap. Challenging an incumbent, well-funded Republican governor in a primary is a heavy lift.

“If you go back and look at the history of all 50 states, you will find maybe one, two or three incumbent Republican governors who lost in their primary,” said Austin Barbour, a national and state GOP strategist. “A sitting governor is almost impossible to beat in a Republican primary. Whether someone thinks Tate Reeves is popular or unpopular — it’s a long time until election day, and history is on his side.”

Some of the GOP gubernatorial primary speculation is the result of the state Democratic Party not being much of a going concern in recent statewide election cycles. Serious internecine Republican challenges for top offices at this point appear more likely than serious general election ones.

Given that most prognosticators’ crystal balls are still cloudy on 2023, here are names most frequently mentioned as potential Republican GOP gubernatorial challengers.

This article was initially published at Mississippi Today