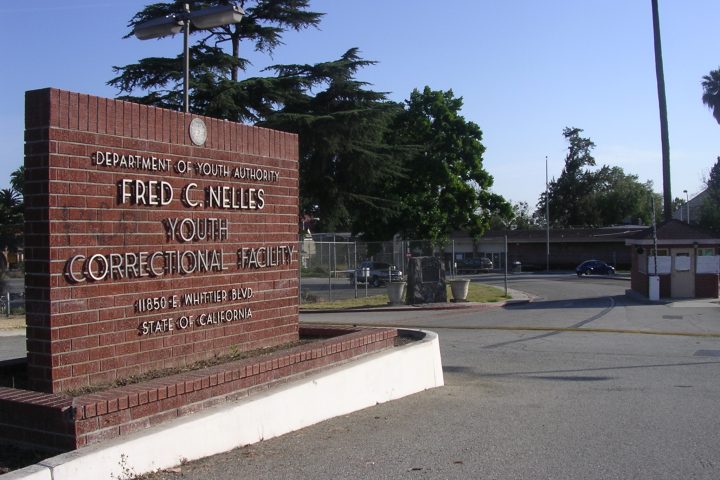 The legislation from state Sen. Rob Hurtt, a Republican, took effect in August 1996 and shifted huge chunks of the cost of incarcerating youths adjudicated of minor offenses from the state to counties. The bill was meant to shrink the cost of incarcerating youth — $31,000 a year on average to hold someone under 18, according to news reports at the time.

“The idea was, ‘You have to take care of your own kids and the state should not be paying for things that we think you can deal with,’” says University of Pennsylvania economist and criminologist Aurélie Ouss, who wrote the paper, “Misaligned Incentives and the Scale of Incarceration in the United States,” published in November 2020 in the Journal of Public Economics.

Under Hurtt’s law, that base fee from bumped to $150, almost 6% of the monthly cost. The state would cover the remaining cost of holding youths who committed the most violent crimes, like murder or armed robbery.

But for youths adjudicated of less severe offenses and sent to state facilities, counties had to pick up more or all of the tab. Incarceration is often called commitment in the juvenile system, and adjudication is akin to an adult conviction, according to the nonprofit National Juvenile Defender Center.

For youths sent to a state facility after being adjudicated of the least severe offenses, like parole violation and misdemeanors, counties had to pay the full monthly cost: $2,600.

In the 1990s, youths committed to state-run facilities in California most often were adjudicated in juvenile court, though some juvenile cases were heard in adult criminal courts. The language in the Hurtt law specifically refers to juvenile court commitments to state facilities.

Accurate, historical, county-level data on juvenile court commitments to state facilities are hard to come by — Ouss instead analyzed figures on youths committed to state facilities from criminal courts, with data from the National Corrections Reporting Program. Other researchers note that some states inconsistently report data to the program, but have not found inconsistencies in California’s data during the period Ouss studied.

“When you see a massive drop in the incarceration of juveniles from the day before to the day after the law passed, it’s just so much bigger in magnitude than most of the policy interventions that we study,” says Megan Stevenson, an associate professor of law at the University of Virginia, who provided Ouss feedback on the paper. “It’s jaw dropping.”

Yearly data on first-time state juvenile facility intakes offer a broader view, similarly showing a drop-off from 1996 to 1997. The number of youths sent to state juvenile facilities each year from 1994 to 1996 hovered between roughly 3,600 and 3,800. In 1997, that total dropped to about 2,200, with similar totals for the rest of the decade.

Ouss documents a small and slow increase in youths entering adult facilities following the reform, though not nearly enough to offset the overall drop in youths committed to state juvenile facilities. She suggests probation officers likely played a key role in dismissing cases or diverting youths away from juvenile facilities and into counseling or other services. For two large California counties — Orange and Santa Clara — Ouss finds no major change in the fraction of youths sent to county facilities and a spike in the fraction of juvenile cases dismissed or diverted.

Probation departments are different in the juvenile justice system than the adult justice system. In juvenile justice, probation officers are there to guide youths and their families through the system. Part of their job is to determine whether a case should proceed to a court hearing and recommend dispositions — the equivalent of sentences in the adult system — after adjudication. County probation departments would have known about the new sliding scale for cost sharing and accounted for it in “figuring out the right recommendations to make,” Ouss says.

County district attorneys and judges also held heavy influence on whether juvenile cases ended up in adult courts and whether youths were sent to state facilities, and the relationship between their budgets and county budgets was “more of a thin dotted line than a direct line,” says Josh Gauger, a lobbyist with the California State Association of Counties who focuses on criminal justice and public safety legislation. “There’s no impact to a district attorney’s budget as to whether someone goes to a state or local facility.”

In the mid-1990s, California housed about 10,000 youths in state juvenile institutions. By the end of 2019, that number was down to roughly 750. The nonprofit Human Rights for Kids considers the state’s juvenile justice system the most humane in the nation.

California is now one of two states, along with Massachusetts, that set age 12 as the minimum for prosecution in juvenile court. Most states don’t set a minimum age. Californians between age 18 and 23 may still end up in juvenile court if their alleged offense happened before they turned 18.

“There were some really bad news stories about kids being sent out of state and dying within the juvenile system,” Kernan says. “That was one of the factors. And the cost — the cost of holding a juvenile — it was very expensive. Those two factors played a role in trying to figure out how to realign the system.”

The tough-on-crime mindset persisted for a time in the public consciousness, however. In 2000, California voters passed a proposition making it easier for district attorneys to charge youths accused of violent offenses as adults.

That same year, the state’s Crime Prevention Act of 2000 provided stable funding for counties to build out local juvenile justice programs, reserving state facilities for youths adjudicated of serious offenses. The state requires that local programs follow proven strategies for reducing juvenile delinquency to qualify for funding. That could include incarceration, but also a continuum of efforts that don’t involve punishment, such as school and community programs aimed at supporting at-risk children and preventing juvenile offenses in the first place.

At the same time that legislation was passed, a decades-long class action lawsuit originally filed by California taxpayer Margaret Farrell, whose juvenile nephew was in state custody, was playing out to major effect.

Farrell in 2003 alleged the California Youth Authority, which ran the state’s juvenile facilities, was failing to provide required youth treatment and rehabilitation. In 2005, the youth authority became the Division of Juvenile Justice, and the long-running litigation over time became known as the Farrell Lawsuit.

Following years of reforms, Alameda County Superior Court terminated the suit in 2016. It essentially determined the state had corrected the wrongs Farrell alleged.

“So many significant changes were made with Farrell, but I think the key would be the culture shift,” said then-Division of Juvenile Justice Director Mike Minor, in a statement. “We became an organization that’s built on evidence-based treatment programs that help youth build skills to be successful upon release.”

As of 2019, youths under age 16 in California can’t be tried as adults, though ongoing litigation could reverse that law. The policy changes in California paralleled emerging research on how the adolescent brain develops, much of which suggests harsh carceral punishments are inappropriate for youthful offenders. A variety of social and neurological factors come into play, but, in short, regions of the brain that govern decision-making are still maturing at age 18.

As retired Supreme Court Justice Anthony Kennedy wrote for the majority in a landmark 2010 case, “developments in psychology and brain science continue to show fundamental differences between juvenile and adult minds. For example, parts of the brain involved in behavior control continue to mature through late adolescence.”

The majority ruling in that case, Graham v. Florida, barred life imprisonment without parole for offenders under age 18, except those convicted of homicide offenses. Previously, in 2005, the Supreme Court barred capital punishment for juvenile offenders. And in 2012, in Miller v. Alabama, the court barred life imprisonment without parole for almost all juvenile offenders, even those convicted of murder.

Today, most juvenile cases in California are handled at the county level and judges won’t be able to commit youths to state-run facilities at all come July. Advocates have lauded the eventual shuttering of the remaining state juvenile facilities, but stress safeguards are still needed to protect boys of color, who are disproportionately held in California’s juvenile facilities.

While California has shown success in reducing youth incarceration, other states haven’t. Nearly 40,000 youths were held in correctional facilities in the U.S. on October 24, 2018, the date of the most recent count from the Department of Justice’s Office of Juvenile Justice and Delinquency Prevention. That figure has trended down in recent decades, but the U.S. still incarcerates more youth than any other country, according to the American Civil Liberties Union.

According to Human Rights for Kids’ 2020 State Ratings Report, six states are “likely in violation of international human rights standards.”

Those states are Alabama, Georgia, Maryland, Mississippi, Tennessee and Wyoming.

Georgia, for one, has made some strides in recent years by reducing mandatory minimum confinements, barring juvenile incarceration for certain low-level offenses and routing $30 million toward community-based alternatives to incarceration. California, Rhode Island and West Virginia are the only states where youths cannot be held in adult facilities, according to the report.

Two decades of reform in California show states can give kids who commit crimes a second chance. Incarcerated kids are less likely to graduate high school and more likely to be locked up as adults, according to research from 2015 in the Quarterly Journal of Economics, which puts the yearly cost of youth corrections in the U.S. in the billions. Ouss’ new paper adds a dash of economic psychology to the mix.

“If you have misaligned incentives where the people making decisions to incarcerate are very much removed from those managing budgets and costs, you’re going to get excessively overzealous incarceration,” says Stevenson, the University of Virginia law professor. “That’s true in the adult system as well.”