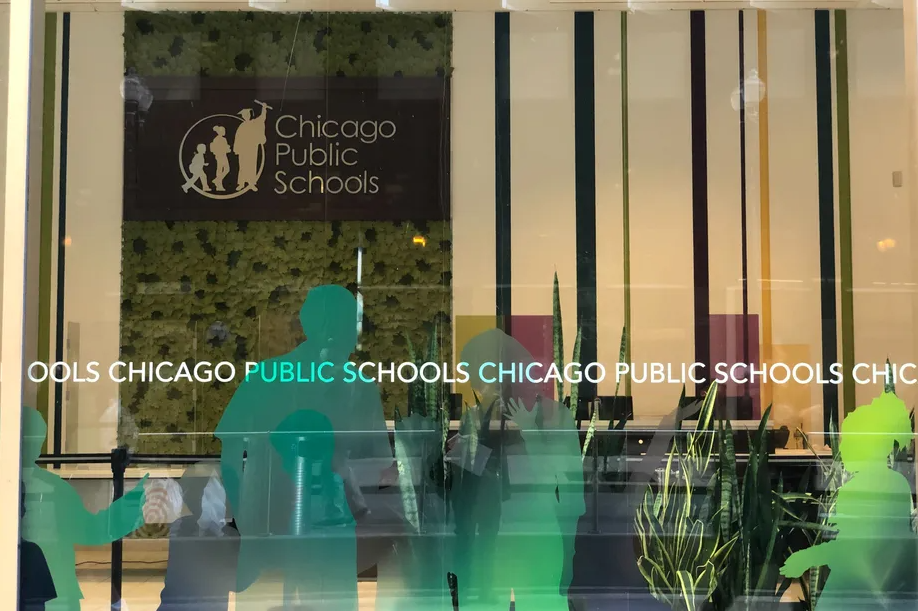 From staffing shortages to stumbles with school-based COVID testing, Chicago Public Schools has faced a number of challenges as it reopened campuses this fall.

The city’s board of education heard a rundown of the district’s safety efforts — including successes and where improvements still need to be made —  on Wednesday in its last meeting of 2021. The numbers provide an overview of the district’s COVID response at the traditional midpoint of the academic year, as students and teachers prepare to go on winter break.

Since schools reopened in the fall, the district’s contact tracers have confirmed nearly 6,000 COVID cases among students and staff, officials said during Wednesday’s Board of Education meeting.

There have been 4,550 confirmed cases among students and 1,397 cases among staffers between Aug. 29-Dec. 11, CPS chief health officer Dr. Kenneth Fox told board members.

With only 6,000 cases in a school district of about 341,000 students,  Fox said in-school transmissions remained “extremely low.”

School district caseloads have largely followed the rise and fall of the city’s positivity rate.

With the city averaging about 929 daily COVID cases, Fox acknowledged Chicago was in a “wicked post-Thanksgiving COVID surge.”

Ahead of Wednesday’s meeting — and the district’s winter break — district officials announced plans to distribute 150,000 COVID-home tests to students at 300 schools hardest hit by the pandemic.

Martinez said the district is trying to stave off a post-holiday surge with home test kits.

“We know that families will be gathering for the holidays, so we are providing these tests to our students who may be at most risk so we can reduce the spread of COVID and protect our school communities,” Martinez said.

Board member Elizabeth Todd-Breland suggested district officials use the take-home testing as an opportunity to promote the district’s in-school testing to drive up opt-in rates.

Chicago has tested 400,000 students. The union says it should have done much more.

So far this year, Chicago Public Schools has conducted 400,000 COVID tests districtwide. More than half of the surveillance tests, about 263,000, have been conducted since September, Fox said.

At the start of the school year, the district struggled to implement testing at every school. For months, the district worked to ramp up testing capacity to about 40,000 tests per week, CEO Pedro Martinez said.

Still, the district has a low percentage of about 10% of students enrolled in school COVID testing districtwide. The number of students who have opted in to the testing program varies widely across the district.

More than half of the district schools have less than 10% of students opted-in, with some schools having fewer than five students getting tested, according to a Chalkbeat analysis of data obtained through a records request that showed rates through Nov. 1.

Union leaders have lobbied for district officials to move to an opt-in model to ensure the safety of students and staff members inside Chicago schools.

Fox and other district officials have repeatedly said that consent is needed for testing.

Contact tracing remains slow, despite pledges to speed it up.

During public comment at Wednesday’s school board meeting, a handful of speakers raised concerns about the district’s contact tracing programs.

Still, he acknowledged that there are mistakes and delays that occur. He said they are working to address those as they arise.

CEO Martinez said any close contacts are notified immediately, but larger communication to the rest of the school takes more time.

Quarantines have complicated the return to learning — and that’s something Martinez plans to address.

In recent weeks, the number of students being quarantined has increased significantly. As of Monday, 363 staffers and 9,039 students were quarantined, according to the district’s latest figures.

Over the last 10 days, the number of students quarantined has doubled. On Dec. 4, 4,655 students were quarantined and that number peaked at 10,000 on Dec. 9 and 10, according to the district’s data.

Fox urged families to get eligible children 5 and up vaccinated to curb the number of students being quarantined. Vaccinated students do not have to quarantine unless they have symptoms, Fox said.

Amid the current COVID surge, CEO Martinez said the district was taking extra precautions and would rather over-quarantine “out of concern to minimize any kind of spread.”

Chicago Public Schools has been trying to curb the number of students being quarantined through surveillance testing. Last month, the school district rolled out a test-to-stay pilot program at one school.

Martinez said he was committed to the test-to-stay pilot. “My goal is to ramp up capacity after the surges so we can minimize quarantine,” he said.

Until the district sees a “significant increase” in vaccination, the CEO said, “we have to be more on the cautious side.”