Please ensure Javascript is enabled for purposes of website accessibility I expected the America I had seen on TV. But life on Chicago’s South Side is a struggle. - THE CHICAGO HERALD Press "Enter" to skip to content

Home » I expected the America I had seen on TV. But life on Chicago’s South Side is a struggle. 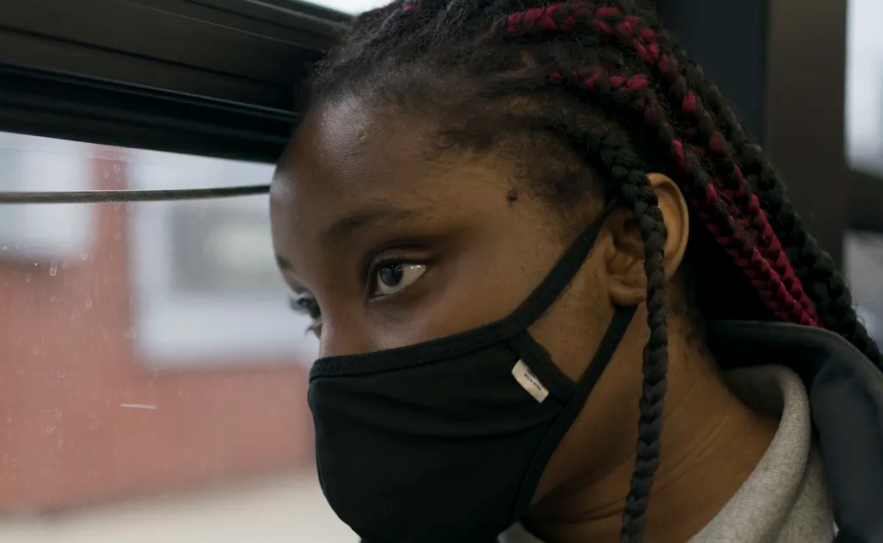 I expected the America I had seen on TV. But life on Chicago’s South Side is a struggle.

My name is Ajibola (pronounced ha-jee-boh-la). Try saying it three times, and I’m pretty sure you’ll say it wrong. Most people do. My name is Nigerian, and so am I.

I moved to Chicago almost five years ago, five days before my 14th birthday. Before that, we lived in Ibadan, Oyo State, Nigeria. Then my dad lost his job, and my god mom died. My mom, an assistant to the police commissioner, had quit her job to start her own shop so she could have time with my little sister and me. But thieves were constantly breaking into the shop, making it impossible for her to earn a living. So my parents decided to sell their house and move to the U.S.

We thought coming to America would end our family’s adversity. I imagined an America of TV and movies, with nice tilled roads and fancy suburban houses. It seems silly now, but I really thought America was paradise on earth, an ideal country where everyone who lived there was rich. I never knew systemic racism existed and still exists here. I just figured that everyone would be treated equally.

I had to board two planes to get to America — one from Lagos, Nigeria, to Dubai, and another from Dubai to Chicago. I was on the plane for 23 hours. It was exhausting, but I believed I was on my way to starting a new life where I’d live like Angelina Jolie.

When we arrived in Chicago, my dad showed me where we’d be staying: an antiquated South Side apartment shared with about three other families. There was no privacy. There was no heat. Our lights and water were going in and out. There was one bathroom that we all had to share, which made me uncomfortable. My younger sister and I had to sleep on the floor.

Food was also very scarce because my parents had no income. My mom would go around looking for people who needed help cooking their meals. She’d work for free so she could bring home some of that food. That was what my family lived on for the first couple of months.

I started school in Chicago just two months before my eighth grade graduation. I might not remember my middle school classmates’ names or faces, but I definitely remember the lockdown drill I experienced soon after arriving. My teacher explained that it meant we were supposed to act as if there was a gunman in the school. I remember thinking: Why would there ever be a shooting in a school? These drills, plus the reality of gun violence in my South Side neighborhood, made me realize I could be shot in class, or on my way to and from school, or while playing outside.

Back in Nigeria, I had never even heard a gunshot. I used to play outside a lot there. Here, I imagined going to one of those fancy suburban parks every day after school. I was expecting a different version of America.

My living situation improved after my parents applied for asylum and got work permits. We moved out of that cramped apartment, but now my parents worked such long hours, six days a week. I barely saw them. Some days, they left our apartment, in Chicago’s Englewood neighborhood, at 1 p.m. and didn’t return until 2 a.m. Often, when I was up and getting ready for school my parents were sleeping; when I came back from school, they were at work. They still work long hours to keep our family afloat.

America is believed to be the land of opportunities, but America makes those opportunities very difficult to access for people who are not born into privilege. The American Dream narrative of “go to school, get good grades, apply for scholarships, and better yourself” is not that easy in an underfunded community where people don’t have access to basic amenities. It is not that easy when everyone is fighting for their lives because of poverty and the threat of gun violence. (As of mid-December, more than 800 people in Chicago were killed by homicide, according to the Chicago Sun-Times.) It’s not that easy when you attend a school where guidance counselors have too many students assigned to them, and where many students have never heard of the common application, which allows you to apply to multiple colleges, or the FAFSA, the federal financial aid application. So they graduate and get the next available job, like at McDonald’s. By the time some students finally realize what they want to do, they may not have the knowledge, skills, support, or money to thrive. But by then, they must prioritize their basic needs, not their dreams.

Despite the challenges ahead — as an asylum-seeker, my immigration status makes it harder for me to get financial aid and some scholarships — I’m not giving up on my dreams. America is known to have some of the best colleges, and I’ve already been accepted at five schools. Since coming to the U.S., I haven’t been anywhere but Chicago, and I would love to see and feel what it’s like to live in another part of the United States.

Although I plan to go away for college, I don’t plan to stay away. After I get my degree, I hope to go to medical school at the University of Chicago, here on the South Side. Because leaving this neighborhood isn’t going to make it any better. But coming back, serving the community, working to get programs funded, and working to get guns off of the streets could make a difference for others who are born on the South Side or arrive here with big dreams of their own.

This article was originally posted on I expected the America I had seen on TV. But life on Chicago’s South Side is a struggle.