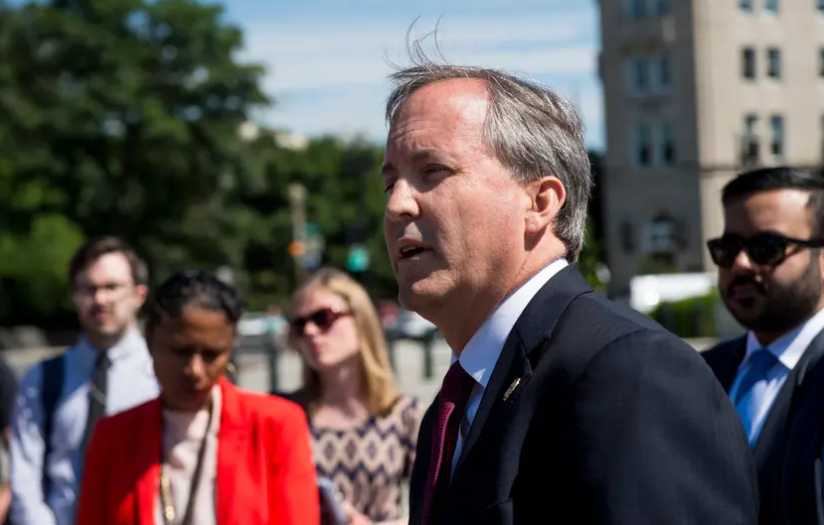 Texas may pay tens of millions of dollars to outside attorneys hired to handle a major lawsuit against Google — money the state did not plan to spend before a scandal enveloped Texas Attorney General Ken Paxton this fall.

That’s under agreements signed last month with outside lawyers based in Chicago, Houston and Washington, D.C., including high-profile plaintiffs’ attorney Mark Lanier and the law firm Keller Lenkner, who will lead Texas’ multi-state antitrust lawsuit against Google.

The lawsuit came out of a Texas-led investigation launched more than a year ago. But until fall 2020, top agency staff intended to handle the case internally, instead of paying costly outside lawyers, a former senior Paxton aide told The Texas Tribune. The Associated Press first reported the timeline on Tuesday.

Jeff Mateer, who led the attorney general’s office for years as Paxton’s top deputy, said that when he resigned in October, the agency had no intention of hiring outside lawyers. Darren McCarty, another senior attorney, was leading an internal team on the case.

“Darren was more than able to do it,” Mateer told the AP.

But Mateer and McCarty were among the eight whistleblowers who left the agency after telling law enforcement they believed Paxton broke the law by doing favors for a political donor. Both resigned last fall, part of a notable exodus of the agency’s top staff.

The whistleblowers’ allegations have reportedly sparked an FBI investigation, but Paxton has insisted that the agency’s work has not been interrupted by the criminal investigation of him. Still, the contracts for the Google lawyers are an early indication of what cost taxpayers may bear for the latest drama surrounding Texas’ embattled attorney general.

The attorney general’s office will ask the Legislature for $43 million to pay the outside lawyers, according to a contract obtained by The Texas Tribune. If lawmakers do not grant that money — which may be a tall order during what’s expected to be a tight budget debate — the outside attorneys will be paid solely out of whatever monetary damages are recovered from Google, dollars that would have otherwise flowed into state coffers.

It’s not typical for the Texas attorney general’s office — one of the nation’s largest, with some 4,000 employees including hundreds of attorneys — to hire outside counsel, though it has sometimes done so for high-profile cases.

The expensive outside counsel contracts were inked in December, the same day the case was filed in federal court. The law firms were brought on only after the agency staff leading the probe fled the attorney general’s office in the wake of a fresh Paxton scandal.

Lanier told the Tribune he met with Paxton in Austin in November to discuss the possibility of working on the case, and emphasized that his team’s work was not intended to be “a big financial bonanza for the Lanier firm,” but rather to force a major restructuring of Google.

Lanier has given political contributions to Paxton, among a number of other top Texas officials.

The case, which comes alongside a number of other major government lawsuits against Google and other tech giants, takes aim at the company’s advertising practices.

Though it’s not yet clear exactly how much Texas could end up losing to the outside attorneys, it could be a massive figure. The outside lawyers’ contingency fee will either be based on an hourly rate equation — which could net the most senior attorneys as much as $3780 per hour — or be calculated as a percentage of the total Google settlement, whichever is less.

After an initial interview, Lanier and his team referred all inquiries to the attorney general’s office. In response to a detailed list of questions about the hiring of the outside lawyers, a spokesperson for the agency, Kayleigh Date, said only “the contract speaks for itself.”

Since the whistleblowers made their report to law enforcement, five have been fired and three, including Mateer and McCarty, have resigned. Four are now suing the agency for wrongful termination.

The former aides claim Paxton did a series of favors, including intervening in lawsuits, leaning on staff in open records disputes and even hiring an outside attorney, to help Nate Paul, a real estate investor and political donor who is friendly with Paxton. While the full scope of their relationship is not clear, Paul employed a woman who had allegedly been involved in a romantic relationship with Paxton.

Paxton has denied any wrongdoing, and claimed the firings were not acts of retaliation.

Separately, Paxton has been under indictment for felony securities fraud charges since 2015. He has said he is not guilty but has yet to stand trial.