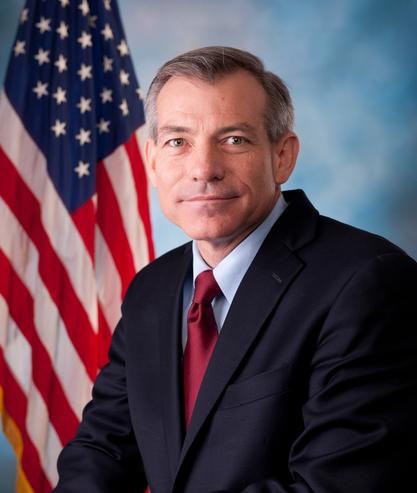 Illinois lawmakers had the support to ban schools from locking students alone in a room or physically restraining them face down. But they didn’t have the time.

A yearlong legislative effort to end decades of controversial practices that often left confined children crying for their parents and tearing at the walls ended without a vote in the Illinois House on Wednesday as the legislative session expired.

The bill had unanimously passed the Senate on Tuesday and was on track for a concurrence vote in the House, but other measures put up for approval instead and last-minute maneuvering by some private schools scuttled plans to call the seclusion bill for a vote.

“Once again, Illinois has failed its children and lost the opportunity to reform school practices that are a serious threat to the safety and well-being of students with disabilities,” said Zena Naiditch, president and CEO of Chicago-based Equip for Equality, a federally appointed watchdog for people with disabilities. She praised the bill’s sponsors for their efforts.

The sponsors quickly pledged to reintroduce the legislation to the new General Assembly in the next couple of weeks.

The legislation would have required any school that receives state funding to make a plan to reduce — and eventually eliminate — its reliance on any kind of timeout and restraint over the next three years.

But a main feature of the bill was an immediate ban on schools’ use of locked seclusion rooms and prone, or face-down, physical restraints. In addition, schools would have been told they could seclude students in unlocked spaces and use other types of restraints only when there is an “imminent danger of serious physical harm” to the student or others. Access to food, water, medication and a bathroom would have been mandatory.

The Illinois State Board of Education would have been directed to sanction schools that didn’t comply with the legislation.

On Tuesday night, advocates for people with disabilities thought their pleas to end the controversial practices would be answered. Some were prepared to issue statements congratulating legislators.

But other issues were pressing as the General Assembly wrapped up its term, including a sweeping criminal justice reform bill, as well as the selection of a new House speaker.

The legislation “had critical components to protect students from harmful and abusive use of seclusion and restraint practices in school,” said Chris Yun with Access Living, a nonprofit that advocates for people with disabilities. “I am very disappointed that resistance from private facilities blocked Illinois from moving forward in the right direction.”

Lawmakers said the biggest challenge to the bill was some schools’ insistence on the need for face-down restraints — though more than 31 states have banned prone restraints because they can obstruct a child’s breathing. Those schools have argued that prone restraint is as safe as other restraints when performed correctly and that sometimes it’s the most effective way to deal with students in crisis.

“We just wish that there would be a way to have a compromise so it is not totally banned but there are qualifiers” and it could be used in some situations, said Sylvia Smith, executive director of Giant Steps, a Lisle school for students with autism. “It is just that sometimes some of our kids, if they have a meltdown, they get extremely agitated and strike out and sometimes they try to hurt themselves or hurt others.”

Such opposition “helped muddy things” ahead of the House vote, said the bill’s sponsor in the Senate, Arlington Heights Democrat Ann Gillespie. Still, she said that wasn’t the primary reason for the bill’s demise.

“We had a fully agreed bill,” said Rep. Jonathan Carroll, a Northbrook Democrat who sponsored the House bill, but “just ran out of time.”

Now the process must begin again with the new General Assembly, which was sworn in Wednesday. Gillespie said the bill would be reintroduced by February. She and Carroll said they are determined to strengthen protections for children.

“We’ve poured over a year of our time into this legislation because we must discontinue these horrific and barbaric practices,” Carroll said. He had been secluded as a child and has spoken about the harm it caused.

The lawmakers are trying to amend a law on seclusion and restraint that has been in place for about 20 years; that law is more vague about when school districts can use these interventions and led to widespread misuse, a 2019 investigation by ProPublica and the Chicago Tribune found.

State rules adopted last April in response to the investigation had placed stricter limits on the use of seclusion — including a prohibition on isolating students behind a locked door — but did not ban prone restraints. Critics of seclusion and restraint had argued that it was important to pass a state law protecting children from these practices, rather than rely on rulemaking.

“The Quiet Rooms” investigation found that about 100 Illinois public school districts had secluded students more than 20,000 times in a 15-month period from September 2017 to December 2018, often to punish children for poor behavior or to force them to comply with workers’ commands. Those reasons weren’t valid under existing state rules on seclusion, but there was no state oversight or enforcement.

Students also had been physically restrained, or held by workers so that they could not move — sometimes pinned on the floor — at least 15,000 times in the same time period, records showed. Workers often restrained students after they were disrespectful or profane and when there was no stated safety concern.

After “The Quiet Rooms” was published, ISBE mandated that all school districts and private schools provide records on their use of seclusion and restraint from the past three school years. Schools also are now required to alert the state within 48 hours of using seclusion or restraint.

In December, ISBE released a summary of the data provided by the schools, revealing at least 10,785 students had been subjected to seclusion and restraint during that three-year period. There were 43,993 incidents of timeout, averaging 30 minutes each, and 53,336 incidents of physical restraint, averaging 10 minutes each.

ISBE found that in nearly 11,000 of those incidents, school workers identified no safety risk before secluding or restraining a student, as required by state law.

Before the Senate’s unanimous vote, Gillespie told fellow legislators that shutting kids inside seclusion rooms “actually tends to exacerbate the behaviors” that school workers are trying to address.

“There are instances where you need to remove the child into a quieter type of environment, but the goal here is to have the school personnel continue to work with the child rather than just locking them up and moving them out,” Gillespie said.

Gillespie told lawmakers that the goal of the three-year planning requirement was for schools to learn alternatives and eventually eliminate the “traumatic interventions.”

“Hopefully schools will learn those techniques and adopt them over time,” she said.